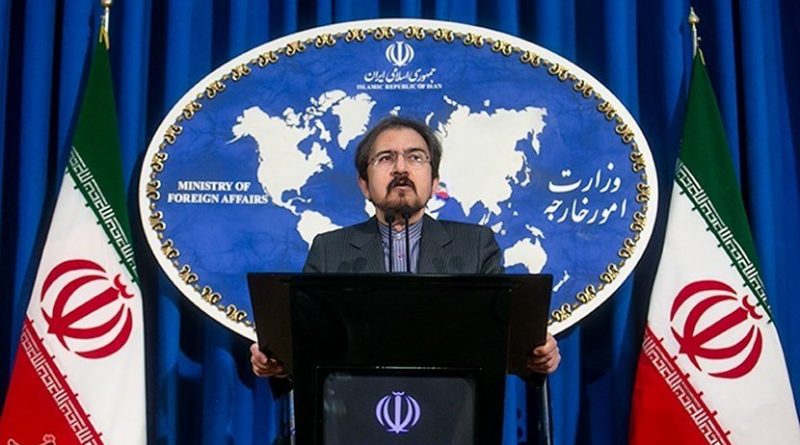 Iran’s Foreign Ministry dismissed the allegations raised in the final statement of the Warsaw Conference held in Poland, describing the communiqué as a proof of the anti-Iran meeting’s failure.

Despite Washington’s tremendous efforts to hold an all-inclusive summit and create a new alliance against the Islamic Republic of Iran, the small number and low level of those attending the conference turned the final statement of the summit into a useless document which was developed only by the two organizers of the summit and lacked any credibility, Iranian Foreign Ministry Spokesman Bahram Qassemi said in a statement on Friday.

According to the spokesperson, even those few and low-ranking participants refused to put their weight behind any anti-Iran decision at the conference, which was a nonstarter from the beginning.

From the early stages of its development, the failure of the idea of holding the summit was completely imaginable and predictable to all leading and wise visionaries, analysts and politicians, the Foreign Ministry’s website quoted Qassemi as saying.

“How can a conference titled Peace and Security in the Middle East gain success while main regional players like Iran, Turkey, Lebanon, Syria, Iraq and Palestine are absent and significant countries such as China, Russia and many other leading European and non-European states are either not in attendance or represented in a very low level,” he argued.

The spokesman also noted that the nervous and tense remarks and behavior of the US secretary of state and vice president who, during their speeches and interviews openly criticized Europe or insistently asked them, from a position of weakness, to pull out of the Iran nuclear deal, are the best testimony to and a sign of their failure and incapability to achieve their desired goals in the summit.

The US, on the one hand, sponsors a conference on Peace and Security in the Middle East, and on the other hand, fans the flames of tension among regional states, Qassemi stated.

“The US promotes insecurity, instability, poverty, war and extremism in the region through its unilateral pullout from the Iran nuclear deal and by violating all international laws and pursuing hypocritical policies and sponsoring terrorism,” he added.

The Iranian spokesperson also underlined that despite all hostile and belligerent policies by the US and the Israeli regime, the fight and resistance to create a secure and stable region free from the presence of foreign and aggressive powers will go on.

Qassemi finally stressed that the US should immediately put an end to its fruitless grudge and resentful policies by understanding the realities of this sensitive region of the world.