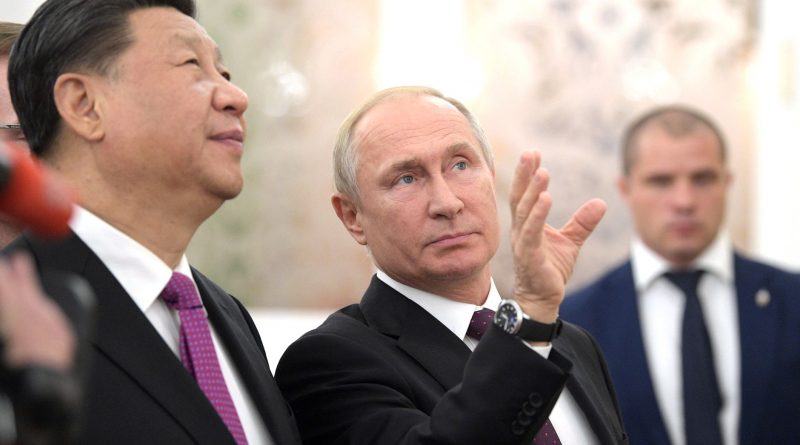 Though analysts tend to portray Russia’s foreign policy as truly global (that is, independent of Europe, the US, and China), the country is plainly tilting toward Asia. The Russian political elite does its best to hide this development, but the country is accumulating more interests and freedom to act in Asia than in Europe or anywhere else.

When the Ukraine crisis broke out in 2014, political analysts pointed out, quite rightly, that Russia without Ukraine would become more Asian. With the country’s borders now more in Asia than in Europe, Moscow would inescapably focus more on the Middle East and China. The latter would become Russia’s primary ally in global politics, but there would also be fears that Beijing would overshadow Moscow’s role in their bilateral relations. In other words, analysts believed Russia would turn into a Chinese appendage that provided energy resources to the Asian giant.

Years have passed, and there have been some interesting twists in this analysis. Russian analysts and many in the West have started to develop the idea that the Ukraine crisis and the ensuing deterioration of relations with the West freed Russia from its Euro-centrist views on foreign policy. For the first time since Peter the Great, Russia would initiate “de-Europeanization” of its geopolitical outlook and once again be truly Russian in terms of the way it conducted its foreign relations. In this analysis, Beijing is viewed as a facilitator for Moscow.

Because the two countries share a desire to limit US influence across Eurasia, there is indeed a sympathy among the Russian political elites for the idea of growing and formalizing Russia-China relations beyond the current level. Some even hesitantly approve of an alliance.

This juggling of ideas about Russia’s foreign policy since 2014 is intriguing, but it obscures a crucial development: Russia is slowly being turned into an Asian state.

Many call this assertion farfetched and claim that Moscow now has more avenues through which to project its power across the Eurasian landmass. This “new diversification” idea misses the simple fact that Russia has always had a diversified foreign policy. Moscow was heavily involved in the Middle East for centuries. This applies not only to the Ottoman Empire of the 18th-19th centuries, but also to Russian interests in Iran, Central Asia, Afghanistan (if we consider it as separate from Central Asia), northern China, the Korean Peninsula, and elsewhere. This was true during the time of the Romanovs as well as during Soviet times. The idea that Russian foreign policy since the Ukraine crisis has become more diversified does not correspond to the reality of the past two centuries.

What we are seeing today is declining Russian political clout in eastern Europe. There might be talk of Russia’s pipeline geopolitics (often successful), successful annexation of Crimea, and thwarting of Ukraine’s, Moldova’s, and Georgia’s NATO/EU aspirations, but the ultimate success of all those measures remains open to question. The West is much more powerful than Russia in terms of economy, soft power, and more.

Russia is becoming more Asia-focused (including the Middle East) not because of a Kremlin master plan but because playing the China card is inevitable.

About ten years ago, the Russian political elite was enthusiastic about the prospect of creating a greater Europe from Lisbon to Vladivostok. This would have been a more or less unified economic space extending all the way to the borders of China. Putin himself publicly advocated this idea.

But after a few years, Russia’s vision completely changed. In geo-economic terms, Putin’s greater Europe idea was gradually replaced by the concept of a greater Asia from St. Petersburg to Shanghai.

It is commonplace in Russia for grand geopolitical ideas to shift. A decade ago, Russians envisioned closer political and economic relations with Europe. Now many think about near-strategic cooperation with China, while still others think about being independent of China.

Moscow will maintain relations with Europe. Many military, security, and economic problems across Europe can only be solved with Russian participation. But there are economic and cultural shifts that limit Russia’s projection of power into Ukraine, the Baltic States, and even the South Caucasus. Russia has a freer hand in Central Asia, through military moves in the chaotic Middle East and Africa. This illustrates how Russia without Ukraine and the Baltic States now has more frontiers in Asia than in Europe.

It has become fashionable among Russia analysts to point out how in the past two decades under Putin the country regained much of its internal strength, which resulted in foreign policy successes. In fact, what has been more pivotal within the context of Russian history is that the Russian political elite in the past 20 years has been seeking the country’s new place in Eurasia.

This development was easily foreseen. After losing large swathes of formerly Soviet territory, Russia was forced to find its place in 21st century Eurasia.

Moscow would like to portray itself as independent, but it isn’t. Russia, unable to accommodate itself with Europe, has little choice but to turn to Asia.