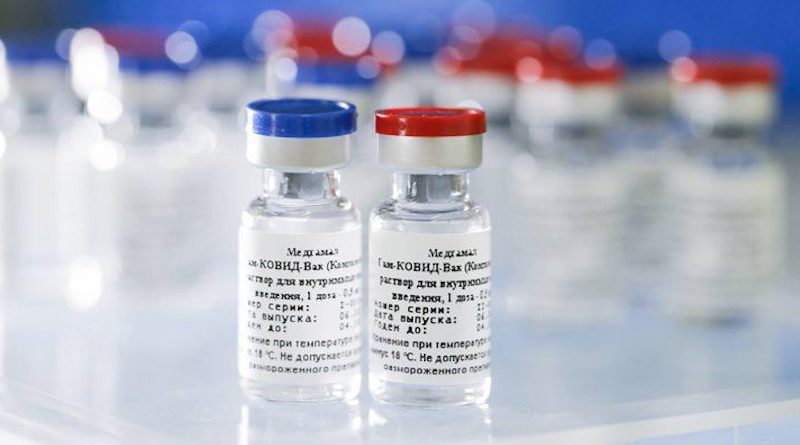 “Russia is sending the Sputnik-5 vaccine abroad despite a deficit of the serum inside the country in order to occupy a leading place in the battle for the pharmaceutical market,” according to Ilya Grashenkov, head of the Center for Regional Development (ura.news/news/1052475760).

This is putting Kremlin profit, financial and political, over the health and well-being of the Russian people has already been criticized by some Russian commentators and EU officials. But that has not led those in power in Moscow to make any change in the balance of the delivery of the vaccine, the regional specialist says.

What makes the decision of the Kremlin to send domestically produced vaccine abroad so disturbing is that Russian officials have long acknowledged that the Russian pharmaceutical industry lacks the capacity to produce enough vaccine even for domestic use and has sought with some success to get companies abroad to produce it under license.

Today, the Russian government reported it had registered 10,083 new cases of infection and 395 new deaths from the pandemic, as Moscow reported that it had recorded its millionth infection victim and other regions experienced a sharp uptick in numbers (t.me/COVID2019_official/2598, regnum.ru/news/society/3210111.html, ura.news/news/1052475761 and echo.msk.ru/news/2805042-echo.html).

The head of the Gamaley Center which developed the Sputnik-5 vaccine says that the current rate of vaccination in Russia, “although it leaves much to be desired” is nonetheless “not unsatisfactory” with some seven million Russians now having received the shots  (echo.msk.ru/news/2804976-echo.html).

On the economic front, Russians forced to work from home are more often complaining than they did that their employers are making greater demands on them and that the conditions of their employment have deteriorated (kp.ru/daily/27251.5/4381553/).

Meanwhile, in other pandemic-related developments in Russia today,