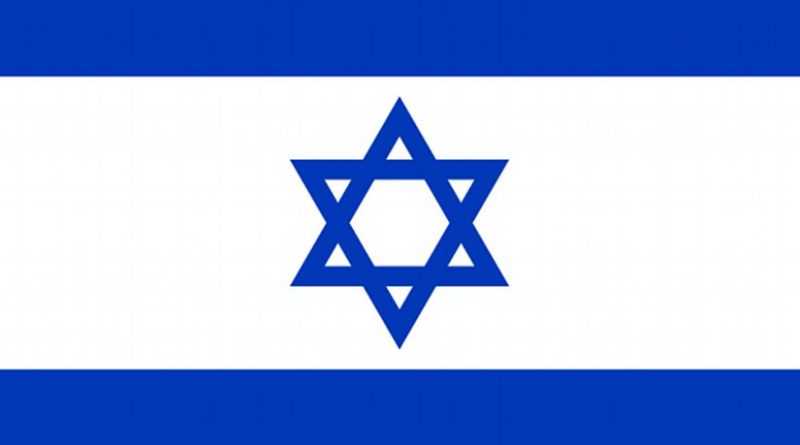 Goldstone’s waffling diatribe in the Washington Post – although hardly the ‘retraction’ of his report so heralded by the pro-Israel camp – should not have come as a surprise. Given the amount of Zionist pressure put on Goldstone, it is a wonder that his backpedaling took so long. He was blackballed throughout the international Jewish community, even prohibited from attending his own grandson’s bar mitzvah. It would be difficult for anyone to bear the extraordinary pressure wielded by such a powerful concerted effort and Goldstone must have been particularly susceptible because he was – and is – a self-described Zionist. Granted, in light of his initial report alleging Israeli war crimes, he could be labeled a “soft Zionist,” but a Zionist nonetheless.

The Jewish Virtual Library defines Zionism as “the national movement for the return of the Jewish people to their homeland and the resumption of Jewish sovereignty in the Land of Israel…” In other words, Goldstone, along with every other Zionist, believes Jews have an unalienable right to come from the four corners of the world to take over Palestine. So, Goldstone’s betrayal of Operation Cast Lead’s victims, particularly the al-Simouni family, who lost 29 members in a single Israeli attack, was to be expected:

“The shelling of the (al-Simouni) home was apparently the consequence of an Israeli commander’s erroneous interpretation of a drone image, and an Israeli officer is under investigation for having ordered the attack. While the length of this investigation is frustrating, it appears that an appropriate process is underway, and I am confident that if the officer is found to have been negligent, Israel will respond accordingly.” — “Reconsidering the Goldstone Report on Israel War Crimes.”

Of course Goldstone’s more recent conclusions are self-contradictory; they ignore the fact that, according to paragraph 1756 in his original report, “The Mission found major structural flaws that in its view make the (Israeli investigatory) system inconsistent with international standards….there is the absence of any effective and impartial investigation mechanism and victims of such alleged violations are deprived of any effective or prompt remedy.” We are all too familiar with the criminal cover-ups inherent to IDF internal investigations, dubbing the attack on the Mavi Marmara an act of “self-defense” and Rachel Corrie’s murder an “accident.”

But Goldstone most blatantly reveals his true Zionist colors with the statement, “I had hoped that our inquiry into all aspects of the Gaza conflict would begin a new era of evenhandedness at the U.N. Human Rights Council, whose history of bias against Israel cannot be doubted.”

Come again? A history of bias? Israel’s proxy, the USA, has a permanent seat on the U.N. Security Council; hence the vast majority of resolutions critical of the Jewish State are vetoed. In fact, a mere 79 resolutions condemning various forms of Israeli aggression managed to slip through since 1948.

It is this type of victimhood on which Israelis and their apologists rely; sadly we Palestinian activists have fallen prey to this phenomenon and feel the need to appease this victimization at every turn. We now spend far too much of our time qualifying all our statements with “…now I don’t have a problem with Jews or Judaism, but rather Zionism…” If you are a Jew who is against Zionism, you know who you are and don’t need the constant caveats from pro-Palestinian groups living in constant fear of being labeled “anti-Semitic.”

Moreover, many of the organizations supposedly advocating for Palestinian rights support the defunct “Two-State Solution,” which is inherently Zionist. Israeli settlements are ensconced in what is left of the West Bank, Palestinian communities are isolated by Jewish-only roads and the non-contiguous Gaza Strip is under siege. A Palestinian state under such circumstances is not viable and to declare statehood under these conditions only legitimizes the Israeli occupation of more than 85% of historic Palestine.

Some Arab-American and Muslim organizations have even praised J Street, the “kinder, gentler” face of Zionism to “counter” AIPAC in our halls of Congress. .” According to the Jerusalem Post, one of J Street’s finance committee members – with a $10,000 contribution threshold – is none other than Lebanese-American businessman Richard Abdoo, a current board member of Amideast and former board member of the Arab American Institute. If there was any doubt about J Street’s motives, New Israel Fund CEO Daniel Sokatch removed all doubt when addressing their conference thusly: “And we believe that working for justice and equality in Israel is the best way to re-ignite a commitment to Israel in our own American community.”

Somehow another recipient of the “balanced and moderate” label is New York Times columnist Thomas Friedman. His condescending tripe entitled “US Must Step In to Pull Israel and Turkey Back to the Middle” in the aftermath of the Mavi Marmara massacre included a quote from one of his Israeli friends “…and the Palestinians are beginning to act rationally.” I wonder how rational Friedman would act if he was denied the opportunity to work, travel, go to the hospital, or have access to little more than 6 hours of electricity a day for years and then watch close family members be blown apart?

Come on, people. We should know the “good cop-bad cop” routine by now. The reality of so called “moderate” voices such as Goldstone, Friedman, and J Street is that they represent the most insidious and virulent form of Zionism: the idea that this poisonous ideology can peacefully co-exist with the rest of humanity.