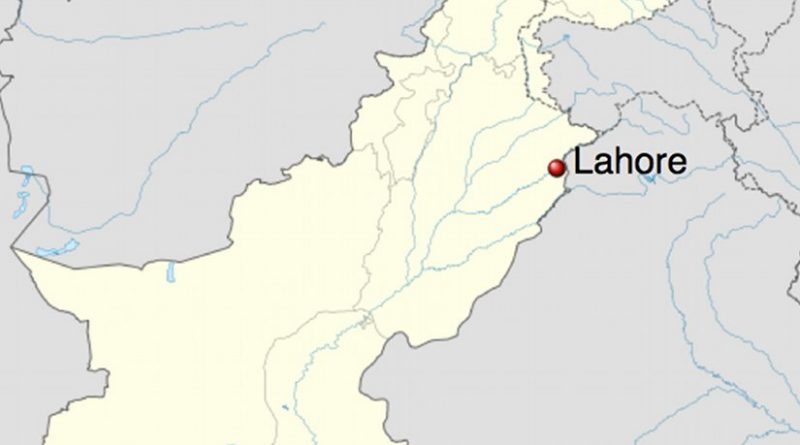 The Easter suicide attack in Lahore on 27 March that left 72 people dead and almost 300 wounded was one of the most devastating atrocities of 2016. Jamat-ul-Ahrar (JuA), a splinter faction of the Pakistani Taliban, claimed responsibility. The attack exposed the limits of Pakistan’s militarised approach to counter-terrorism. It also pointed to a revival of the different Pakistani Taliban groups in Afghanistan which splintered in 2014 as a result of on-going military operation Zarb-e-Azb (Sword of the Prophet) in the Federally Administered Tribal Areas (FATA).

By carrying out such a large-scale attack in Lahore—Pakistan’s heartland and political bastion of the ruling Pakistan Muslim League Nawaz (PML-N)—the militants demonstrated that their operational capabilities remained intact despite suffering initial setbacks in the face of the nation-wide military operations. The attack also raised serious concerns about the capabilities of Pakistani civilian law enforcement agencies in countering such atrocities in the country’s major cities.

Since the Peshawar Army Public School Attack in December 2014, the Pakistani militant groups have focused their attention on soft targets in Pakistan after finding it difficult to hit hard targets. Groups like JuA have deliberately hit soft-targets in the cities in reprisal for military operations in Pakistan’s tribal areas. Originating from Afghanistan, most of these attacks have targeted universities, media organisations, public service offices, parks, public transport and religious minorities.

By definition, terrorism is propaganda by deed. Every terrorist group seeks revenge, recognition and publicity through attacks on soft targets. Such high impact-mass casualty attacks are important for militant groups because they generate instant and wide media coverage; undermine government’s claims of success against terrorist groups; widen public-government trust deficit; increase demand for security provision to a wider audience; and increase the attraction of these militant groups in the eyes of transnational jihadist movements like Al-Qaeda and ISIS, otherwise known as the Islamic State of Iraq and Levant (ISIL), resulting in recognition and material benefits.

Since the rise of ISIL, the terrorist threat landscape in South Asia has evolved at an accelerated pace. The competition between different ISIL affiliates and Al-Qaeda’s franchises is at the heart of this evolution. The relocation of the Pakistani Taliban to Afghanistan and the advent of IS-Khurasan – ISIL’s local franchise for Afghanistan and Pakistan – have transformed the nature of the terrorist threat from local to regional.

In this evolved landscape, Pakistan’s approach of seeking a local solution to a complex regional problem is self-defeating and out-dated. Notwithstanding the Pakistani military’s success in restoring the physical writ of the state in Pakistan’s tribal areas of Karachi and Balochistan, the resurrection of Pakistani militant groups in Afghanistan has somewhat neutralised the initial gains. Pakistani Taliban’s cross border sanctuaries make them a long-term low-intensity threat to Pakistan’s internal security.

To take the fight against terrorism to its logical end, Pakistan will have to seek regional cooperation in counter-terrorism from its neighbours. Without sincere cooperation between Afghanistan and Pakistan as well as between Pakistan and India, the transnational militant groups like Al-Qaeda and ISIL will exploit regional state rivalries to expand and grow in South Asia.

Indeed, Pakistan’s current counter-terrorism policy is over militarised which has physically weakened different groups but failed to eliminate them. As long as the structural factors which promote and tolerate the culture of violent extremism in Pakistan are not addressed, use of force alone will not suffice. Pakistan will have to adopt a more comprehensive and inclusive counter-terrorism policy which balances the kinetic and non-kinetic aspects of the terrorist threat. The kinetic aspects of a terrorist threat relate to violent manifestations while non-kinetic aspects pertain to issues of radicalisation and religious extremism.

In the Pakistani context, extremism and terrorism are interlinked in the way the two feed off each other. Extremism leads to terrorism and terrorism contributes to extremism. One cannot be fixed without addressing the other. So, the extremism-terrorism bond has to be broken to overcome the twin challenge.

Defeating extremism will require a joint state-society approach. Different government institutions and local communities will have to cooperate to deny various social avenues from being exploited by the extremist groups to spread their propaganda. Ideally, the state provides the overall vision, policy direction and financial assistance while society assists the state by rejecting attempts of the extremist groups.

In Pakistan’s context, overcoming religious extremism requires the simultaneous application of top-down and bottom-up approaches as well as reactive (counter-radicalisation) and pro-active (promotion of moderation) initiatives. The structural factors that have empowered extremist groups in the society will have to be addressed through constitutional amendments, policy reformation and withdrawing support from all kinds of militant groups.

At the societal level, Pakistan’s moderate majority will have to speak up and reclaim the peaceful narrative of Islam – which is tolerant, inclusive and peaceful – from the violent minority. For the last two decades, the radical elements in Pakistan have foisted their extremism onto the country’s moderate majority. This violent minority is a fringe phenomenon but occupies centre stage because of society’s deafening silence and indifferent attitude. It bears underlining that ultimately it is whole societies that defeat extremism. Governments alone cannot do it.

The Lahore attack is a wakeup call for the Pakistani military and political leadership to adopt a more pro-active approach in addressing the issue in a regional setting. The Pakistani government’s quest to eliminate terrorism from its soil will remain elusive without addressing the kinetic-non kinetic imbalance in its current counter-terrorism policy and exploring cooperation with its neighbours through regional counter-terrorism mechanisms.