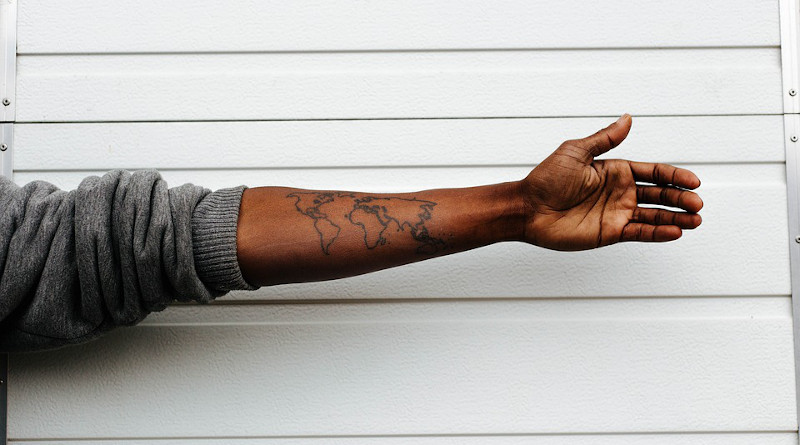 Even if the United States had a strong public health system, Black and brown people would be plagued by racist medical practices.

When black people need medical care they are caught between the devil and the deep blue sea. The ferocity of anti-black racism is such that even an effort to spare one’s life can still end in death. Medical professionals are no more enlightened than anyone else and often join in meting out the harshest treatment possible for black people.

Black workers are less likely to be able to quarantine during the COVID-19 virus pandemic. Instead men and women who work in fields such as mass transit, the postal service, retail, and in health care itself are exposing themselves to the COVID-19 virus. When they do seek treatment they often receive inadequate care. Jason Hargrove  was a Detroit, Michigan bus driver. Before he died from corona virus complications he posted a video on social media alerting the public to the dangers of his job.

Less than two weeks later Hargrove died from COVID-19 complications. His widow reported that he sought help at an emergency room on two occasions. The first time he was told to self quarantine and was sent home. The second time she noticed that he needed oxygen. “I said, ‘Well, what about the oxygen?’ His fingertips were blue. They said that there was no reason to do anything.” He died after his third hospital visit.

Detroit is also the location of a dangerous experiment being carried out against its mostly black population. The drug hydroxychloroquine, touted as a cure by Donald Trump, will be tested on patients at the Henry Ford hospital. Hydroxychloroquine is approved to treat malaria and lupus but the efficacy of COVID-19 treatment is unproven, despite what Trump may say.

The U.S. Bureau of Prisons, the agency in charge of the federal incarceration system, recently purchased $60,000 of hydroxychloriquine. By the very nature of their status, prisoners are in no position to give informed consent for an off-label drug use.Yet there is a long and ignominious history of prisoner mistreatment in this regard. The infamous Attica prison in New York state used inmates in leprosy experiments . Now a treatment pushed by Donald Trump of all people will be used against the most vulnerable and easily victimized people in the country.

This country isn’t alone in turning black people into guinea pigs. Two French doctors openly advocated  using Africa, the continent least impacted by COVID-19, to test a vaccine. The dehumanization of black people is so accepted around the world that both men were comfortable discussing such a plan on television. Dr. Jean-Paul Mira mused thusly, “If I can be provocative, shouldn’t we do this study in Africa where there are no masks, no treatment, no intensive care? A bit like we did in some studies on AIDS. We tried things on prostitutes because they are highly exposed and do not protect themselves ”

Sadly, white Frenchmen weren’t alone in choosing Africa as the place to conduct experiments on human beings. Dr. Jean-Jacques Muyembe  is the man who first realized a new illness had emerged near the Ebola river in the Democratic Republic of the Congo in the 1970s. Muyembe now has the dubious distinction of volunteering his nation as a site for COVID-19 vaccine testing, just as the racist Europeans recommended. “We’re candidates for doing the testing here,” said Muyembe. Fortunately the reaction to the French doctors admission forced him to back track quickly. He announced that no trials would take place in the DRC until after they were done in “countries like the U.S. and China.” In all likelihood the American vaccine will be tested on black people before any Congolese are targeted for the same treatment.

It is true that the U.S. needs a publicly controlled health care system in order to combat COVID-19 and every health care need. A strong safety net and public accountability would bring great improvements. But the hatred directed at black people is ever present and wouldn’t disappear if Americans had a free, government controlled system. That is what France has and their top physicians resorted to acting out racist intent.

Every disaster is a double catastrophe for black people. Now millions of them are out of work in this country and anxiously waiting for the unemployment benefits they earned but often cannot even access. To add insult to injury they also cannot expect safety in a hospital. COVID-19 has exposed many injustices and the dehumanization of black people is one of the worst and the most prevalent.