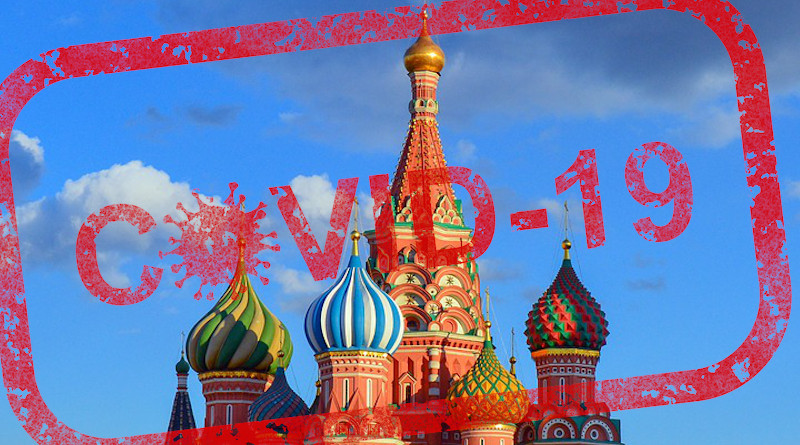 Russia, along with the entire planet, is still gripped by COVID-19. While in some countries the number of those infected has begun gradually decreasing (for instance, Germany1 and Spain2), in Russia the crisis is only in its infant stage and the number of cases continues to rise. Newest forecasts suggest that Russia could become the next epicenter of the pandemic.

On Monday, the number of cases in Moscow grew by 2,5003, reaching a total of 18,000. Even though official data shows that at least 2/3 of the infected are in Moscow, it is legitimately suspected that the new coronavirus has also spread to Russia’s regions, where there are not sufficient tests to identify all of the cases of the infection. With the situation becoming worse, it is evident that Russia could any time soon be faced with a collapsing healthcare system.

This is gradually being understood by Moscow’s and regional executive powers, who are now seriously worried about the rapid spread of COVID-19. The Kremlin, however, is treating this issue as always – it is nothing too important, and the pandemic is basically used for reaching Russia’s geopolitical goals and enhancing its international prestige.

As a result, the Kremlin spent the last week providing humanitarian aid to numerous countries around the world. For example, over the course of the last two weeks the Kremlin’s propaganda media outlets were delighted to report that Russia has sent humanitarian aid cargos to Italy4, Serbia5, Armenia6, Venezuela7, Belarus8 and even the US9. I should note that the latter later clarified that it had bought humanitarian aid from Russia, but this didn’t stop the Kremlin’s propaganda mouthpieces from presenting it as the gracious Russia helping the nearly collapsed superpower10.

Russian propaganda attempts to further Moscow’s geopolitical position during the pandemic were made even more absurd by the dramatic situation inside the country. Opposition media and social networks increasingly often feature worried opinion concerning the bad situation in Russia’s healthcare and its utter unpreparedness to fight the COVID-19 pandemic.

Data gathered by the newspaper Vedomosti suggests that only 9% of those interviewed feel positively about the country’s healthcare system, while almost a half of Russians believe it is not ready to fight the coronavirus. These sentiments are more than understandable after looking at statistical information on healthcare in Russia.

One of the most crucial issues during the pandemic is the lack of protective equipment available to medical staff. Doctors in Russia critically lack protective suits, and this could lead to medical workers becoming victims and carriers of the virus.

The newspaper Novaya Gazeta wrote that in order to work with infected patients doctors in Russia (also in Moscow) are given the most basic protective masks, which are often paid for by the medical workers themselves. The lack of funds in several hospitals has led to such an absurd situation that doctors are being forced to wear diapers bought with their own money – to decrease the frequency of toilet visits.12

It is also worth noting that the Russian regime wouldn’t be the Russian regime if it didn’t punish doctors who choose to openly speak about the problems in Russia’s healthcare system. For example, the union of medical workers Alians Vrachey (The Alliance of Doctors) that tried to collect donations in support of medical workers was faced with pressure from the authorities. As a result, head of the organization Anastasiya Vasilyeva was summoned to the Russian Investigative Committee on the grounds of allegedly spreading false information regarding COVID-19. Briefly after, activists from the same organization were detained in Novgorod Oblast just as they were delivering the donated protective equipment to doctors at a hospital in the town of Okulovka.

The most objective way of looking at the situation in the healthcare system of Russia is to see a video from Pskov Oblast where the governor and some officials are seen visiting a hospital that treats COVID-19 patients. During the visit, the delegation was wearing full-body protective suits, while the doctors had to suffice with just white robes and surgical masks.13

Despite the obvious problems within Russia, the Kremlin has once again decided to keep silent and focus on other countries by delivering generous humanitarian aid packages to allies and enemies alike in order to gain their trust. It is more than clear that over the course of the next couple of weeks the COVID-19 crisis in Russia will become so severe that even the Kremlin will not be able to keep its eyes shut any longer. Let’s hope that next time the masters in Moscow will at least have enough sense to deliver humanitarian aid to doctors in Okulovka, not its allies in Venezuela or Serbia.

*Jānis Mākoņkalns is an independent journalist

Home » Moscow’s Priorities During COVID-19: International Prestige Over Safety Of Its Citizens – OpEd