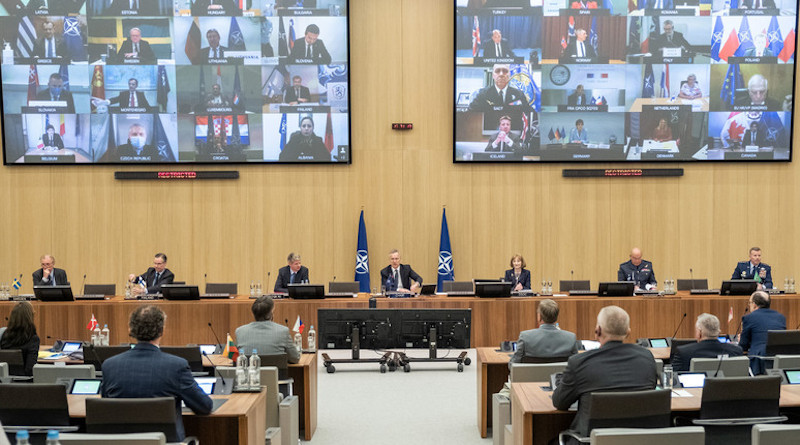 NATO Defence Ministers meet by secure video conference to decide the Alliance’s next steps in the fight against Covid-19. Photo Credit: NATO

NATO Defence Ministers met Wednesday by secure video conference to decide the Alliance’s next steps in the fight against Covid-19.

Speaking after the meeting, NATO Secretary General Jens Stoltenberg said, “The crisis has shown that our nations are resilient and united. Our militaries are already playing a key role in support of national civilian effort. And using NATO mechanisms, Allies have been helping each other to save lives.”

NATO’s Supreme Allied Commander Europe, General Tod Wolters, is coordinating military support to deal with the virus. This includes matching requests for support with offers from Allies and partners, and coordinating NATO’s unique strategic airlift capability, which is delivering hundreds of tons of urgently needed equipment to where it is needed quickly and efficiently.

Ministers discussed the importance of countering increasing levels of disinformation and propaganda by state and non-state actors. Allies are working closely together to identify, monitor and expose these lies.

Ministers also considered the long-term implications of the crisis for NATO, its operations and its core mission to protect its almost one billion citizens. NATO is committed to ensuring this health crisis does not develop into a security crisis by maintaining a strong deterrence and defence.