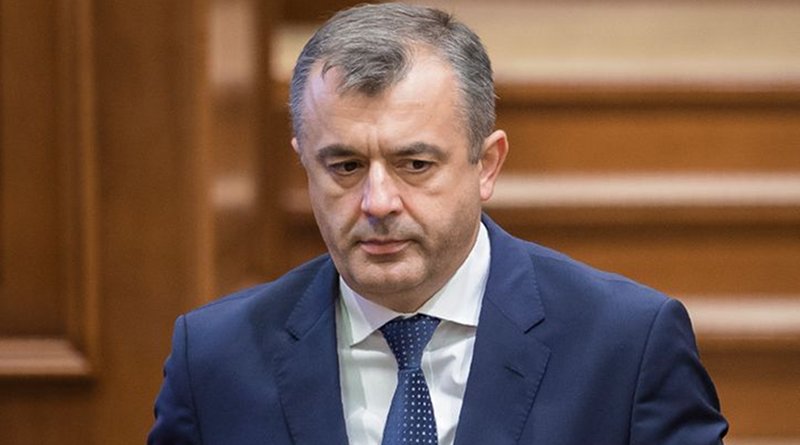 Support in the Moldovan parliament for Prime Minister Ion Chicu’s coalition government is slipping away, as the Socialist Party, PSRM, and its Democratic Party, PD, allies now only hold 54 of the 101 seats in the legislature – a majority of three.

The government’s majority has shrunk after several deputies quit the Democrats to join the Pro Moldova faction led by the former speaker, Andrian Candu, who is also the godson of the fugitive tycoon Vlad Plahotniuc.

Others have joined the Shor Party, led by Ilan Shor, considered the mastermind of the so-called “grand theft” of about a billion US dollars from the Moldovan banking system between 2012 and 2014.

Meanwhile, the pro-European opposition formed by the Action and Solidarity Party, PAS, led by former prime minister Maia Sandu, and the Dignity and Truth Platform Party, PPDA, led by Andrei Nastase, are pondering their prospects of ousting the cabinet. The Socialists and Democrats joined forces to overthrow Sandu and her pro-European administration in November 2019.

Chicu considers himself a technocrat, but was a former economic advisor to the pro-Russian President of Moldova, Igor Dodon

Sandu told a press conference on Wednesday that the government was faltering – but a no-confidence motion would not be introduced into parliament until there were enough votes to carry it.

“The Chicu government cannot effectively manage the health crisis, so we face major health problems. We are concerned that this government is not doing anything to help businesses. It is making no effort to obtain resources from abroad,” Maia said, listing what she considered its key failings.

PPDA leader Nastase said Moldova needed a new government that could get the country out of its impasse and meet the commitments it assumed when it signed an Association Agreement with the European Union in June 2014.

On the other hand, President Dodon, who is widely seen as the eminence grise behind the government, on Friday said it still had a “solid majority” and had no reasons to worry.

He added that on Thursday he had held a meeting with the Socialist and Democratic leaders, who had both committed themselves to keeping the government alliance going.

Dodon said he was well aware that other parties were trying to lure ruling coalition deputies away – and warned them not to continue.

“I have information that Socialist and Democratic deputies are being approached more and more by their colleagues from the other parties,” he said. “I want to warn you [Pro Moldova and Shor deputies], that, when you meet the prosecutors, don’t be surprised.”

Dodon claimed that offers for MPs to switch sides often involved “a couple of hundred thousand euros” and came from the main actors involved in the notorious “grand theft”.

But both sides in the debate accuse each other of corruption. Pro Moldova leader Candu claimed on May 13 that Dodon was sitting on “bags of money” that had come from shady schemes, and claimed proof of this would soon be released, to stop him from seeking a second term as president in November.

Dodon previously stated on May 11 that if the parliamentary majority did fall apart, early elections would be held. However, many experts say snap parliamentary elections cannot be called in the last six months of a presidential mandate, according to the constitution.

Dodon took his oath as president on December 23, 2016, which means that parliament cannot be dissolved this year after June 23.

“Given that it’s mid-May already, there is no possibility of initiating the procedure to dissolve parliament [by then],” an electoral expert from the Promo-Lex Association, Pavel Postica, told Radio Chisinau.

Certain conditions must also be met for parliament to be dissolved. The procedure for adopting laws must be blocked for three months, and it must be clear a new government cannot be formed.

Political analyst Roman Mihaes told Radio Free Europe that the Chicu government’s days looked numbered. “The scenario of the fall of the Chicu government and the instalation of a new government is more than 50 per cent likely … because the PD and its parliamentary faction are in the process of fragmentation,” he said.