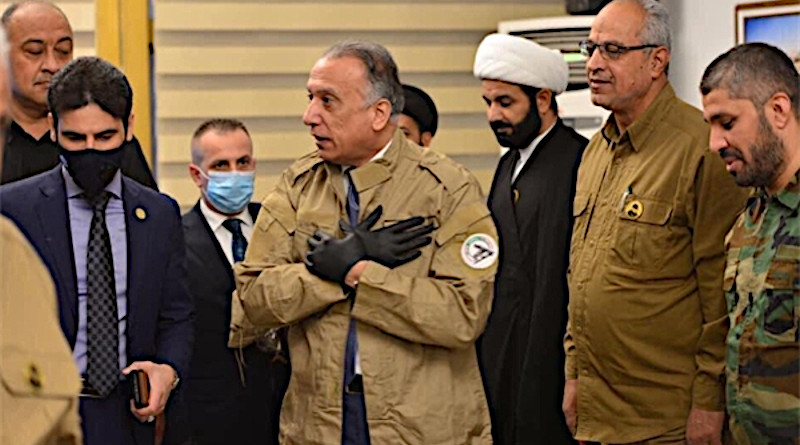 Iraq’s newly-elected Prime Minister Mustafa al-Kadhimi visited the command center of the country’s Popular Mobilization Forces, better known by the Arabic name Hashad al-Sha’abi, on Saturday, a move widely interpreted as carrying a crucial message not to the domestic population but to the outside world.

During the visit, al-Kadhimi met with the former head and advisor of the National Security Council and chairman of the Popular Mobilization Forces, Falih Al-Fayyadh, where the premier asked for a Hashad uniform to wear.

“Protecting Hashd al-Sha’abi is a duty”, the premier stated, a remark which could be seen as a warning to Washington and the Tel Aviv regime that assaults against the Iraqi popular soldiers will not go unanswered.

The Popular Mobilization Forces (PMU) has long rejected US military presence in Iraq as an obstacle to durable security and stability in the country.

Following the United States’ assassination of Iran’s top anti-terror commander Lieutenant General Qassem Soleimani and PMU’s Deputy Commander Abu Mahdi al-Muhandis in the capital city of Baghdad in January, as well as Iraqi Parliament’s resolution for a pullout of foreign troops from the country, the popular forces asked the government to cancel request for assistance from Washington-led coalition and expel American soldiers.

Iraqi resistance groups have also vowed to take up arms against the American military men if Washington fails to comply with the parliamentary order calling for the expulsion of the US troops.

Since then, the US-led coalition has handed over to the Iraqi Army a number of bases it had occupied in the Arab country, but continued to reinvigorate its military buildup and equipment of its main airbase in the region in Ein-Assad in Southwestern Iraq.

The PMU also warned that Washington and Tel Aviv are members of “a third party” that has been behind many deaths during the unrest.

The Iraqi parliament voted to integrate the PMU into the Iraqi military in 2016, effectively placing the force under the command of the prime minister. The popular forces played the major role in pushing back and ultimately defeating the Takfiri terror group which had taken control of a large swathes of the Arab country.