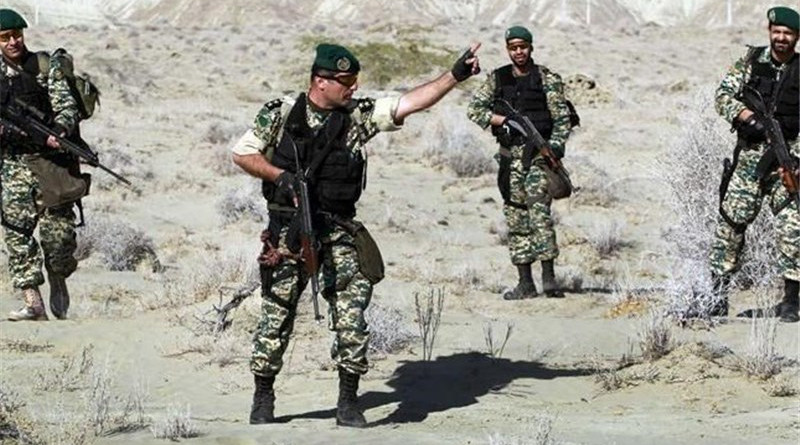 (RFE/RL) — Some nine years after Iran’s powerful Islamic Revolutionary Guards Corps (IRGC) deployed military advisers and fighters to Syria to prop up the regime of President Bashar al-Assad, Israeli and U.S. officials have said Tehran is reducing its presence in Syria.

Analysts told RFE/RL that amid the reports of a movement of forces, there are no indications Iran is changing its regional strategy, which is driven by political, ideological, and security interests.

Israeli military officials said recently that Tehran has pulled some of its forces from Syria and evacuated military bases near the border with Israel due to an increase in Israeli air strikes on Iranian targets.

Israel does not discuss its military operations but officials have vowed to maintain pressure on Iran with Defense Minister Naftali Bennett saying on May 5 that “Iran has nothing to do in Syria…[and] we won’t stop before they leave Syria.”

Speaking earlier this week at a virtual event, U.S. special envoy for Syria James Jeffrey said Tehran has been scaling back its presence in Syria, which he linked to tough U.S. sanctions that have crippled Iran’s economy.

On the military front, the January 3 assassination by the U.S. military of top Iranian General Qasem Soleimani — who led the regional activities of the powerful IRGC — has dealt a heavy blow to the Islamic republic.

“We do see some withdrawal of Iranian-commanded forces. Some of that is tactical because they are not fighting right now, but it also is a lack of money,” said Jeffrey at a May 12 panel hosted by the Washington-based Hudson Institute.

But analysts say there are no signs Iran is quitting Syria, the only Arab country that sided with the Islamic republic during the 1980-1988 war with Iraq.

Tehran has been key in providing Syria with financial and military assistance in the country’s nine-year-long civil war while using Syrian territory to push forward its regional goals.

Raz Zimmt, an Iran analyst at the Institute for National Security Studies (INSS) in Tel Aviv, told RFE/RL that comments by Israeli officials about an Iranian withdrawal from Syria “are very much exaggerated, partly due to political considerations.”

“In fact, the number of cargo flights between Iran and Syria seem to [have] increased since April 2020,” he said. “It is, therefore, a tactical withdrawal or redeployment at most, rather than an Iranian withdrawal from Syria.”

Zimmt said that since the beginning of its involvement in Syria, the IRGC has adapted its modus operandi to the circumstances at hand.

“For example, we have seen in the past that when Israel increased its air operations against Iranian targets in Syria, Iran shifted some of its activity to the northern parts of Syria and the Syria-Iraq border to protect its targets from Israeli attacks. There is no doubt that in the last two years Iran has been reducing the IRGC presence in Syria, which is much less required than before,” he added.

Zimmt said that while the number of IRGC forces has decreased from a few thousand to a few hundred, Tehran has continued to recruit Syrians and Shi’a fighters to hold the Iranian forces’ places.

“Iran has always favored using local proxies over direct military involvement,” he said. “It is less risky for Iranian fighters and cheaper.”

He said U.S. sanctions have to some extent restricted Tehran’s ability to assist its allies in the region. But that does not mean a change of course.

“Our experience with Iran has shown that economic considerations have never been the main engine in its regional policy,” he said. “Iran has continued to assist its allies and intervene in the region even under severe economic constraints, because it considers its regional involvement and influence a vital national interest.”

Ali Alfoneh, a senior fellow at the Arab Gulf States Institute in Washington who has closely monitored IRGC activity in Syria, said he is not aware of credible reports about an Iranian military withdrawal from Syria.

“What I see is troop movements within Syria: from Deir al-Zor to a larger headquarters in Palmyra, along with some other tactical moves in the wake of the latest round of Israeli air strikes,” he said.

“The Iranians are not leaving — I am not buying this argument,” Yadlin was quoted by The Jerusalem Post as saying, adding that Tehran could be relying increasingly on Shi’ite militia in Syria.

Haaretz strategic blogger Shemuel Meir, a former analyst with the Israel Defense Forces (IDF) and a Tel Aviv University researcher, says IDF briefings about Iran have reported “a decrease in organized Iranian military forces and the evacuation of military forces from Syria,” which is separate from the Shi’ite fighters the IRGC has recruited.

He said Iran could be adapting its policies to a changing reality on the ground.

“It is still too early to definitely determine, but it is possible that this is an indication of what the future will bring: the possibility of a dramatic reduction in the Iranian presence in Syria but without relinquishing Lebanon, which is the core of Iran’s interests,” Meir said.

“Iran has been persistent in its efforts to establish this beachhead basically on Israel’s border and to bring in advanced weaponry and assets targeting Israel and moving equipment, of course, through Syria to Hizballah [in Lebanon] with this sort of land bridge,” he said.

“And we see repeatedly, often times with no claims of responsibility, that these assets are being hit with great regularity, just pounded, and it would make sense at a certain point that Iran would want to cut its losses and downsize its presence there just because it’s increasingly costly to them in terms of life and property,” he added.