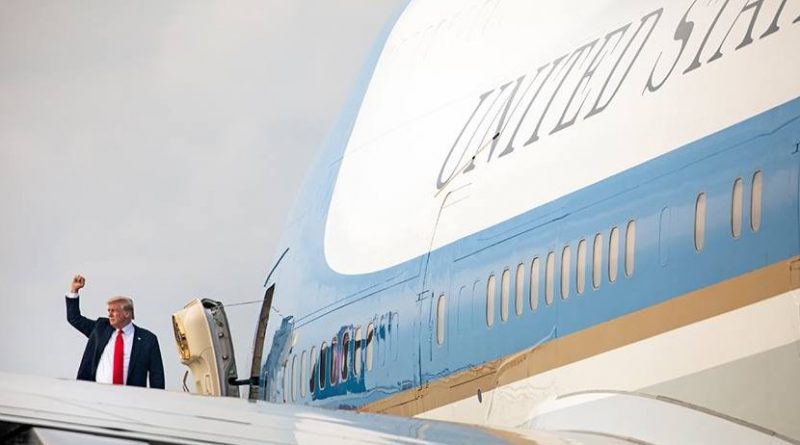 The shift in the Republican Party towards hardline conservatism started with Donald Trump’s campaign, it consolidated with his election as president and less than half way through his term, Trump has captured the party’s soul where no one dare question him, leave alone oppose him.

That it is now Trump’s Party is a truth widely acknowledged by Republican stalwarts, seasoned senators, party managers, narrative creators, message makers, spin doctors and deflated opponents. All it takes is a tweet from Trump to kill a candidate’s chances at the polls.

The dust-up at the G-7 Summit in Canada where Trump berated allies on “unfair” trade practices and then withdrew support for the communiqué came from a complete command over the Republican Party and his political base. He was merely delivering on his agenda and then some by talking tough on trade.

The swagger – Trump was never short in that department – is sustained by real support. Religious conservatives are enthralled that his vice president is Mike Pence, an evangelical, and that Trump moved the US embassy in Israel to Jerusalem, an issue close to the hearts of many evangelicals. It was a promise other US presidents had made but never kept.

Trump has the freedom to disrupt, he can even suggest that Russia should once again join the G-7 as he did at the recent summit to the collective gasp of foreign policy elites.

He has busted the Beltway orthodoxy on foreign policy like none other – whether at the behest of powerful donors as in the case of withdrawing from the Iran deal or moving his embassy to Jerusalem or because he wants his own history-making deal with North Korea is immaterial. “It’s about attitude,” as he said.

The Republicans who had criticised the president in the past lost, incumbents who had never seen defeat were in the dustbin and those who had dared to be “Never Trumpers” had no hope at all. Candidates vied for who can be more pro-Trump because the Republican political base is solidly behind him.

The midterms will be a referendum on Trump and the Republican majority in the House and the Senate but before that thousands of Republicans and Democrats will fight for their party’s nomination to be on the ballot in November.

Congressman Mark Sanford, a vocal Trump critic, lost his South Carolina seat in a bitter Republican primary mainly because Trump decided to intervene against him at the eleventh hour by reminding voters about Sanford’s extramarital affair with an Argentinian woman in 2009. “He is better off in Argentina,” said Trump less than three hours before polls closed.

Trump endorsed Katie Arrington, who had made Sanford’s criticism of Trump the focus of her campaign. She won even though the presidential intervention in her favour had come so late. Such is Trump’s political muscle.

Another indication where the Trump party is headed was the victory of Corey Stewart in the Virginia primaries. Stewart has openly defended pro-slavery or Confederate symbols and white supremacists. He will face Hillary Clinton’s running mate, Senator Tim Kaine in November.

Traditional Republicans were embarrassed and shocked at Stewart’s victory but they have no strategy to take the party back from the fringe, apart from bowing out.

Senator Bob Corker, chairman of the Senate Foreign Relations Committee, summed it up well this week. “We are in a strange place. It’s becoming a cult-ish thing, isn’t it? It’s not a good place for any party to end up with a cult-like situation as it relates to a president that happens to be of, purportedly, of the same party,” he bemoaned to reporters.

Corker initially had supported Trump and worked as an interpreter of his maladies on Capitol Hill. But he began moving away last year over a host of issues, including Trump’s gratuitous insults of his own cabinet members, treatment of NATO allies, incendiary rhetoric on North Korea, tax and trade policies and overall conduct which the senator found unbecoming of a president.

Over time Corker became critical, sometimes pointedly so. He accused Trump of “debasing” the country and famously called the White House an “adult day care center.”

This week Corker failed miserably to get his own party’s support to allow a vote on his proposal giving the Congress the power to accept or reject Trump’s tariffs on imported steel and aluminium on national security grounds. The tariffs have pitched the US against its oldest allies.

“I would bet that 95% of the people on this (Republican) side of the aisle support intellectually this amendment… But, no, no no! Gosh, ‘We might poke the bear’ is the language I’ve been hearing in the hallways… The president might get upset with us,” Corker railed on the floor of the Senate.

But it’s also important to note why Corker suddenly found his voice – he is retiring and can afford to speak his mind. Paul Ryan, the speaker of the House of Representatives and once the young star, has declared he wont run again. Unstated is the fact that he can’t bridge the divide within his own party, leave alone be effective vis-à-vis the Democrats.

Senator John McCain, a Republican stalwart who has harshly criticized Trump, is fighting brain cancer and will not be coming back to Capitol Hill.

The traditional leadership of the Republican Party is in retreat. Trump wore them down in just over 500 days. And there are more than 900 days to go.