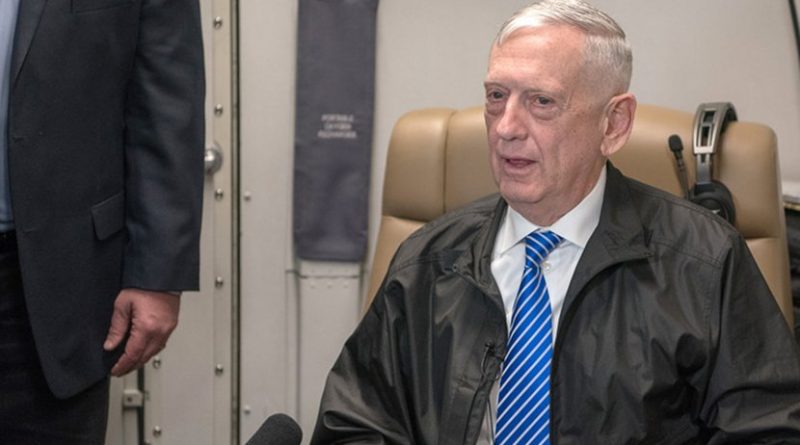 The calls follow an historic weekend summit in Singapore between North Korean leader Kim Jong Un and President Donald J. Trump. The meeting was the first meeting between the U.S. and North Korean leaders and talks were aimed at convincing Kim to work toward complete denuclearization.

Mattis and Song discussed their mutual support for ongoing diplomatic efforts, to include how their two nations are working together to fulfill the president’s guidance on U.S.-South Korean combined military exercises, White said.

Mattis reaffirmed the ironclad U.S.-South Korean alliance, White said. “Both pledged to continue working closely together towards regional peace and stability,” she said.

In his call to Onodera, Mattis reaffirmed the United States’ ironclad defense commitments to Japan and said the U.S. is determined to maintain the readiness of its forces in the region, White said. “The two pledged to continue working closely together towards regional peace and stability,” she said.