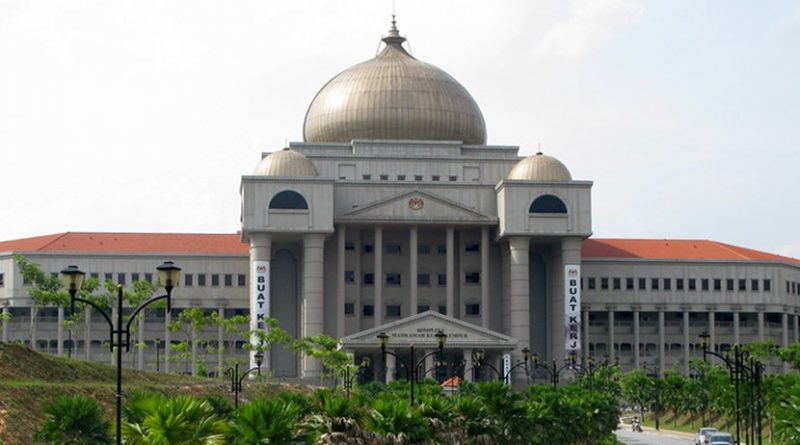 Malaysia has sworn in its first non-Muslim chief justice, drawing protests from opposition and Islamic groups in the majority Malay country.

Chief Justice Richard Malanjum, 65, a Christian member of the Kadazandusun tribe in Sabah, a state in Malaysian Borneo, was sworn in Wednesday night along with two other top judges approved by King Sultan Muhammad V.

Malanjum becomes the ninth chief justice of Malaysia, but also the first non-Malay to hold the office in the 61-year history of the multi-racial and multi-religious country. He now heads the Federal Court, the highest court in Malaysia.

Despite the protests, constitutional expert Shad Saleem Faruqi said non-Muslims could hold any important post in the country short of king, sultan or joining the Malay Regiment Forces and becoming the chief minister of a state where a sultan is the head.

“Other than that, there is no stopping non-Muslims from holding any important post in the country. There is no problem at all,” Shad Saleem told BenarNews.

Earlier, Pan-Malaysian Islamic Party (PAS) Information Chief Nasrudin Hassan criticized the appointments of Malanjum along with Attorney General Tommy Thomas and Law Minister Liew Vui Keong, who are already in office, saying these picks for important posts would “cause restlessness among Muslims.”

None of the three are Muslim or Malay.

“Will there be hope for the people, especially Muslims, to make sure that our future will continue to be protected on Malaysian soil especially when it comes to matters involving the law?” Nasrudin said.

He claimed Malanjum’s track record shows that he was not on the side of Islam in key cases.

“It is shameful. Do not drag Islam into this debate as Islam has nothing to do with this matter. His view is so narrow and it brings only shame to Islam,” he told BenarNews.

Meanwhile, Armand Azhar Abu Hanafiah of the United Malays National Organization (UMNO) party supported Nasrudin, saying the decision by Pakatan Harapan (PH) to appoint non-Muslims as key ministers was made even before the May 9 general election.

PH, a coalition led by Mahathir Mohamad, defeated the UMNO-led Barisan Nasional coalition to seize control of the government and appoint new leaders to the court and cabinet.

Armand, an UMNO division chief, blamed the ethnic Chinese-dominated Democratic Action Party (DAP), a member of the PH coalition, of trying to create a republic by replacing the kings and sultans.

“We knew about this all this while and perhaps PAS had just realized this today. This is what DAP is trying to do by creating a republic in Malaysia,” Armand said.

PAS did not align with either coalition in the election and won 18 seats in parliament. PH won a slim majority of 113 seats in the 222-seat parliament while Barisan Nasional won 79 seats.

“Pakatan Harapan supporters have yet to realize this as they are still ecstatic about their election victory. But today we see how DAP is working clandestinely to make this country a king-less nation,” Armand said.

Wan Salim Wan Mohd Noor, the mufti of Penang state, challenged the views of Armand and Nasrudin, saying there was no prohibition in Islam to appointing non-Muslims to ministerial or legal posts. The main objective is to uphold justice.

“In the Quran there is no stopping non-Muslims from ruling and there is no hadith that says non-Muslims are not allowed to lead important positions. If there is, show me the text,” he said.

“This is not a one-man show but a collective understanding by the leaders in the government,” he said.

Muslims account for more than 60 percent of Malaysia’s 32 million people.