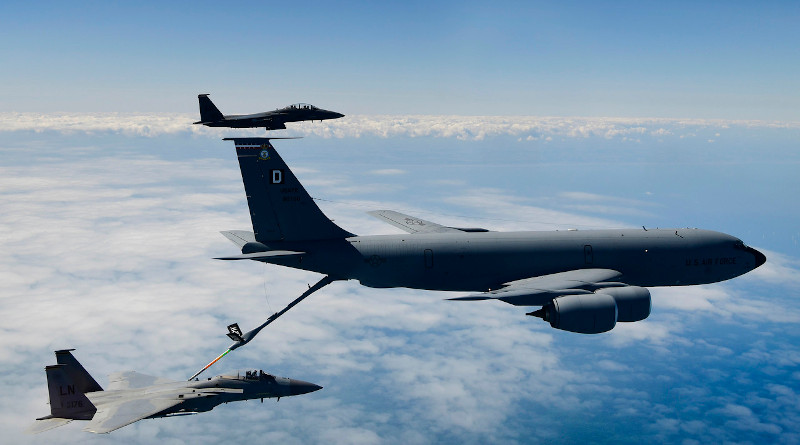 The United States doesn’t go to war alone on land, on the sea, in the air, in cyberspace and most certainly in the space domain, the Space Force’s top officer said, citing the United Kingdom as a key ally in effective space defense over the last 50 years.

The United States and its allies and partners rely on satellites to provide communications; precision navigation and timing; intelligence, surveillance and reconnaissance; and missile warning, the general said. Safeguarding those space systems also is important to the global economy, he noted, citing transportation and financial markets that rely on GPS and the speed of information transfer.

But space superiority and the information advantage it provides are no longer a given, Raymond said. “Strategic competitors such as China and Russia have the means to attack space operations wherever they occur, kinetically and non-kinetically,” he said, “on Earth, in orbit, in cyberspace and in the electromagnetic spectrum.”

Defending space assets in the future will depend less on individual capabilities and more on close and rapid integration with allies and partners, especially the United Kingdom, he said.

“We are stronger together, especially in the space domain,” he said. “The United States does not go to war alone. I cannot imagine a better friend and ally than the Royal Air Force. Our alliance serves as an anchor for peace and stability around the globe.”

The United Kingdom has personnel — including people in key leadership roles — at the Combined Space Operations Center at Vandenberg Air Force Base, California, where the coalition continuously coordinates, plans, integrates, synchronizes and executes space operations to support commanders around the globe, he said, and Canada and Australia also are represented there.

Raymond praised the Royal Air Force, which he said is “the world’s oldest air force, resilient and respected since 1918.”

About 3,000 RAF pilots were engaged in the Battle of Britain 80 years ago, he noted, one of the most significant air battles in history. The RAF achieved a remarkable victory despite being outnumbered 4.5 to 1.

The United States and the United Kingdom have fought alongside each other in both world wars and subsequent wars, including today’s war on terror, Raymond added. “This unity remains so important today.”

Home » General Praises UK’s Partnership With US In Space Operations