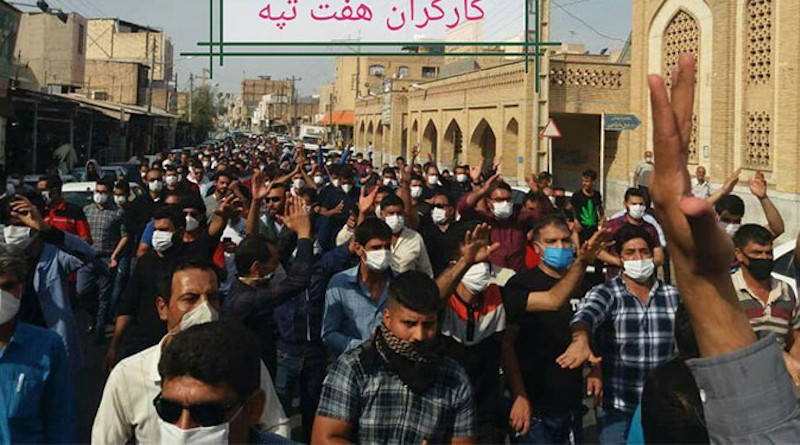 A sugarcane worker in southwestern Iran was sentenced to 222 lashes after the head of the Security and Intelligence Police filed charges against him, his lawyer said.

Speaking to Emtedad, a Telegram channel based in Iran, Farzaneh Zilabi who represents workers of the Haft Tappeh Sugarcane Company said that her client Mohammad Reza Dabiran was sentenced to lashes for “insulting officials”, and “publishing lies and slander”. Dabiran was charged by the 2nd Branch of the Public and Revolutionary Court in Shush and was sentenced to lashes by the 101st Branch of the Shush Penal Court.

Zilabi questioned the legal proceedings arguing that her client has been infected with COVID-19 and that neither she nor her client were present in court to present the defense.

She called on the Judiciary to prevent the “illegal” legal proceedings of the cases of Haft Tappeh workers adding that there were “players behind the scenes” who were taking “personal revenge” against the workers.

Zilani said that the head of the Security and Intelligence Police had personally filed a complaint against the sugarcane worker.

“The main question is under which law can the head of the Security and Intelligence Police personally prepare a report against a worker and under that report, identify himself as a private plaintiff? And what is even stranger is for the court to sentence that worker to lashes based on that report,” Zilani said.

Workers of the Haft Tappeh Sugarcane factory have been holding strike action for the past 31 days to demand their unpaid wages. Yesterday, security forces attacked their peaceful demonstration, arresting four workers. The workers were released today on bail.

The Iranian regime has a long history of sentencing workers and activists to lashes and long prison terms for their peaceful protests.