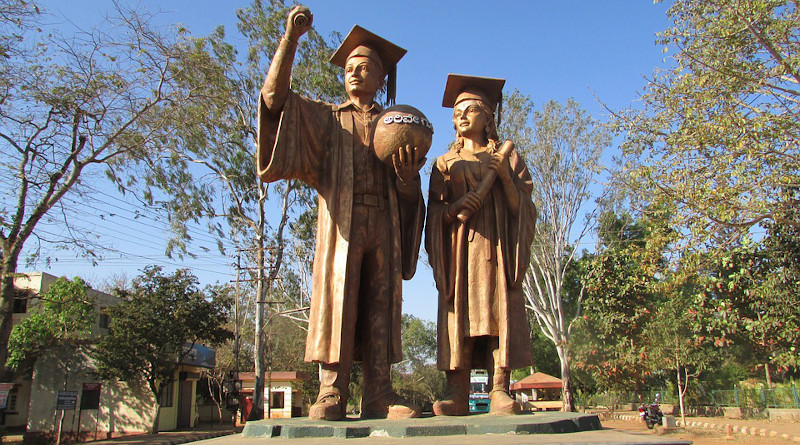 “A University stands for humanism. For tolerance, for reason, for the adventure of ideas and for the search of truth. It stands for the onward march of the human race towards ever-higher objectives.” The above excerpt forms part of speech given on 11 December 1947 by Jawaharlal Nehru on the occasion of Allahabad University’s convocation ceremony. This utopian vision clearly exemplifies the importance of universities in a country.

Universities are sites of experimentation providing inter-disciplinary studies in a much wider and holistic democratic atmosphere. It enables a kind of dialogic process which goes beyond the traditional and mechanistic model of learning and ensures inclusive access to education. Even from the geo-strategic perspective, the edifice of any great power is built upon excellent institutions of learning. In this regard, we witness that China’s rise as a global player is accompanied by the rise of its universities like Peking, Tsinghua, and Fudan among the comity of top notched ones. Where does India stand in this regard?

We have the world’s third largest higher education system with over 800 universities including 44 central universities. This in itself is no mean achievement but on the qualitative parlance, we still have to cover a long distance. Our higher education system has often been metaphorically seen as what Amartya Sen calls as “islands of excellence amidst the sea of mediocrity”. Our universities lag behind in global rankings but the malaise runs deeper.

In India, universities have been neglected for specialized institutions and this is the fundamental reason we don’t have universities comparable to the standards of Oxford, Harvard, and Cambridge. But any self-proclaimed nationalist, trained from “Whatsapp University” would blame me for being a skeptic and euro-centric standardizing western notions of the university as ideal ones. Thus, even after better rephrasing, the moot question remains that where are our contemporary Nalanda and Vikramshila? The step-motherly attitude towards universities needs to stop. Undoubtedly, institutions like IITs and IIMs have played a commendable role, but they cannot be a substitute for an effective university system.

Our universities suffer from problems like poor funding and integration with corporate and civil society, outdated pedagogy and learning mechanisms, inadequate research ecosystem, ad-hoc appointments, and widespread nepotism, excessive political interference, and an ingrained sense of institutional mediocrity which is pervasive from top to bottom. The mad race for jobs has also affected the appetite for innovation among the students.

Our research institutions like CSIR and ICAR are working in silos and needs integration with universities for optimum use of resources and manpower. Due regard also needs to be given to check extreme politicization and criminalization of university campuses which obviates the learning environment in the university. Students should get the exposure to political issues but the nature of engagement needs to be within the constitutional realms. Any complete disassociation of politics from campus lives may rob us of the current breed of erstwhile student leaders and current honorable politicians like Arun Jaitley, Sitaram Yechury and Nirmala Sitaraman. One important aspect seldom missed is that the entire discourse on our university is limited to central universities whereas the elephant in the room is the condition of our State Universities where over 90% of students in higher education study. These universities need more glaring attention rather than tokenism.

Government’s recent initiatives like Institutes of Eminence, Global Initiative of Academic Networks (GIAN) are steps in the right direction but any intervention of such nature should be devoid of political opportunism and due regard should be given to quality. Our path-breaking initiatives like Nalanda University and emerging multidisciplinary ventures like Krea University and Jio University need to be steadfastly carried forward. At the same time, multiple stakeholders including industry and private sector have to come forward.

Most importantly, teachers and students have to take responsibility and effectively utilize the available resources. Blaming the government for doing less is quite easy but attempts towards self-financing and relevant research, accountability and responsibility towards one’s job and moral objective towards nation building needs to be kept in mind. Thus, immense effort is needed for shaping, crafting and cementing the Nehruvian notion of the university and justifying the rich scholastic tradition of India. Only through this, we can utilize the demographic dividend and evolve as a nation with great wherewithal.

Home » Why Are Universities Important? – OpEd

One thought on “Why Are Universities Important? – OpEd”