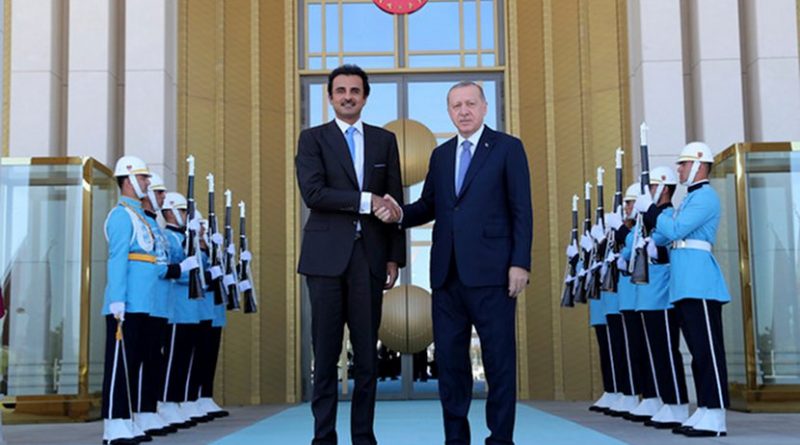 Qatar defied US President Donald Trump on Wednesday and promised to plough $15 billion into Turkish financial markets and banks, amid a collapse in the value of the lira and a looming trade war between Turkey and the United States.

The lira has lost nearly 40 percent of its value against the dollar this year, driven by worries over Erdogan’s growing influence on the economy and his refusal to raise interest rates despite high inflation.

Last week the US doubled tariffs on aluminium and steel imports from Turkey, during a dispute over Turkey’s detention of an American pastor on security charges that the US views as baseless.

In response, Erdogan launched a boycott of US electrical products and sharply raised tariffs on other US imports.

Turkey and Qatar have become close economic and political partners. Doha has $20 billion worth of investments in Turkey, and Ankara is one of the top exporters to the emirate. Sheikh Tamim was the first foreign leader to call Erdogan after the aborted coup in Turkey in 2016, and Turkey — along with Iran — is one of the few countries to support Qatar against the boycott by the Saudi-led Anti-Terror Quartet over Doha’s financing of terrorism.

Although Qatar has now pledged $15 billion it has not actually paid anything, and it may not be enough to solve Turkey’s economic problems.

Analysts also said the political cost of the investment remained to be seen, given that Qatar is also a US ally and dependent on Washington for both military and political protection.

“This is what happens when you choose to run with the hare and hunt with the hounds,” Dr. Hamdan Al-Shehri, a Saudi political analyst and international relations scholar, told Arab News. “The Americans have their base at Al-Udeid in Qatar so naturally they will expect Qatar to toe their line.

“Qatar has gravitated toward Turkey because of the Muslim Brotherhood link and the Iranian connection so now it finds itself in an unenviable situation. If they side with Turkey, they run the risk of antagonizing US President Donald Trump. If they back the American position on Turkey tariff penalties, then they lose Turkey.”

Al-Shehri said Ankara appeared to have blackmailed Qatar into supporting it. “They said they came to Qatar’s support during Doha’s row with its Arab neighbors, and now it was Qatar’s turn to pay back the favor.”