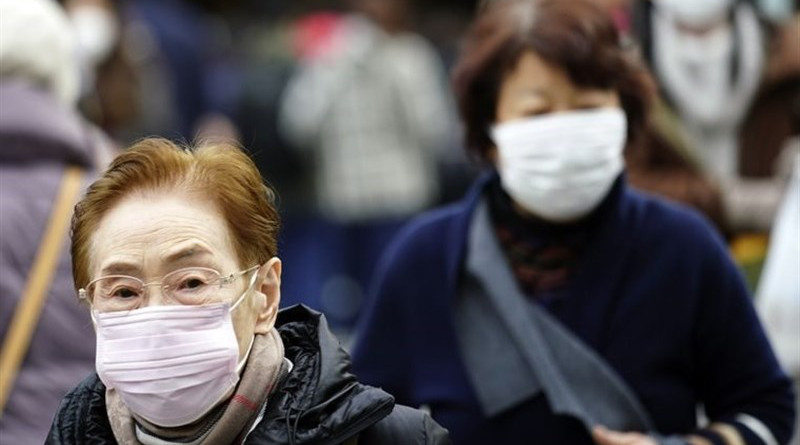 Clouds are gathering over China’s economic growth prospects for the second half of the year as the effects of the COVID-19 crisis and climate change pile on.

While most forecasts have called for a strong economic rebound from the pandemic in 2021, recent adjustments have changed direction toward declining growth expectations after increases several months ago.

On July 27, the International Monetary Fund trimmed its China growth forecast for the year by 0.3 percentage points to 8.1 percent, reversing an upward adjustment of the same size in April.

At the same time, the IMF bumped up its outlook for next year’s gross domestic product by 0.1 percentage points to 5.7 percent, voicing confidence in the recovery of global markets with the spread of vaccinations and the reopening of economies as restrictions subside.

“The downgrade for this year … is basically coming from the fact that fiscal support was somewhat smaller than we were expecting in China. And so, that’s behind the revision down,” IMF chief economist Gita Gopinath told reporters.

“In terms of the revision up, that comes from just better external demand,” she said.

Since last March, China’s government has left this year’s growth target at the more moderate level of “above 6 percent.”

But as the IMF revisions were released, China was faced with twin setbacks that raised more concerns for growth forecasts.

In Nanjing, the capital of China’s eastern Jiangsu province, officials were struggling to contain the most dangerous COVID outbreak since the epidemic lockdown 17 months ago.

On July 27, authorities reported 47 new confirmed COVID-19 cases, bringing the total of infections in the city to 155. The outbreak of the highly contagious Delta variant was blamed on airport workers and inadequate cleaning of a plane arriving from Russia.

The flight originated in Moscow, according to The New York Times.

By July 30, the virus had spread rapidly to 13 cities in China, the BBC said.

Two days later, the Communist Party tabloid Global Times reported that the new wave of infections had reached at least 18 provinces and “dozens of cities.” The paper called the outbreak the “most serious since Wuhan.”

By Aug. 4, the infections had turned into a nationwide emergency with “massive travel restrictions,” shutdowns in high-risk areas and 327 confirmed cases receiving treatment in Jiangsu province alone, state media said.

The setback also marked the most serious loss of confidence in the recovery since the middle of last year.

Health officials gave assurances that the spread could still be contained, but the Global Times cited concerns about “whether the current vaccines can successfully fend off the risks brought by the rampant Delta variant.”

“Some have raised doubts over whether the rigorous prevention measures adopted over the past year will still work,” the paper said.

While public health and welfare were the primary concerns, the Nanjing outbreak also illustrated the perils of economic forecasting in a crisis recovery year.

The rain was blamed for 302 deaths with 50 people missing and nearly 1.1 million hectares (2.7 million acres) of damaged crops in Henan, the official Xinhua news agency said.

Last year, Henan accounted for 9.7 percent of China’s grain production, a researcher at the Chinese Academy of International Trade and Economic Cooperation said in a commentary for the official English-language China Daily.

The neighboring provinces of Shandong, Anhui and Hebei contributed an additional 19.8 percent of the nation’s grain output.

“So, if there is a sharp decline in the four provinces’ grain output, it would be difficult, even impossible, to make up for the gap in the global grain supply,” researcher Mei Xinyu said.

The Ministry of Agriculture and Rural Affairs hastened to give assurances that the national area of crop damage was still less than the country’s five-year average.

But the government has relied heavily on stable food prices to keep inflation under control after a surge in commodity costs threatened to slow the economy down.

In the wake of the floods and the COVID resurgence, the government’s planning agency issued a warning to the market against price increases.

“Illegal acts such as hoarding, price gouging and price collusion will be severely punished,” the National Development and Reform Commission (NDRC) said in a circular on Aug. 6.

Until now, the government has had some success in halting the spread of high commodity prices from the factory gate to the retail market.

In May, the producer price index (PPI) hit a 12-year high of 9 percent before edging down to 8.8 percent in June and bouncing back up to 9 percent in July, the National Bureau of Statistics (NBS) reported.

The consumer price index (CPI) remained relatively tame with the help of low pork prices, reaching 1.3 percent in May before slipping to 1.1 percent in June and 1 percent in July.

But as flood warnings and damage in central and northern provinces continued into August, the impact on China’s economy remained unclear.

July trade figures continued to show growth as exports rose 19.3 percent and imports added 28.1 percent from a year before. But both fell short of economists’ expectations in a Reuters poll and also underperfomed the growth rates in June.

While growth rates remained high compared with 2020, the weakening “reflected the uncertainties and challenges for the world’s biggest trading nation,” the Global Times said.

The paper cited factors including the Delta variant, severe weather, the strengthening of the yuan and the diminishing base effect of 2020 comparisons.

The government has shown greater concern with the results of the official purchasing managers’ index (PMI), released by the NBS at the end of last month.

The readings for July showed significant cooling of production and demand, both above and below the 50-point mark that separates expansion from contraction.

The headline PMI for manufacturing fell to 50.4 from 50.9 in June, dropping below the forecast of 50.8 in a Wall Street Journal poll of economists.

The subindex for production remained in expansion territory with a reading of 51.0, but that was down from 51.9 in June.

A private PMI survey for manufacturing by Caixin Media also fell to its lowest level in 15 months with a score of 50.3 in July, also dropping from 51.3 in June.

The NBS official PMI score for new export orders raised the deepest concerns, falling below the 50-point mark for the third month in a row.

“The most alarming signal is the new export order index, which is at (the) lowest level since July last year,” said Zhiwei Zhang, chief economist of Pinpoint Asset Management, quoted by Reuters.

The July reading of 47.7 dipped from 48.1 in June, touching the lowest level since June 2020. The subindex for import orders also strayed into contraction with a reading of 49.4, raising doubts about the strength of domestic demand.

The negative numbers for orders are forward-looking indicators that may carry more weight for forecasts than the damage estimates from floods or the uncertainties of the COVID recurrences.

State media took encouragement from continued expansionary readings in the service sector. A subindex measure of July’s service activity in the NBS report rose to 52.5 from 52.3 a month before, The Wall Street Journal said.

But new orders reported by service providers remained in contraction with an increased score of 49.7, up from 49.5 in June. On balance, the signs appeared to be pointing toward slower growth.

Despite earlier and rosier press statements, China’s party and government leaders seemed to be well aware of the economic concerns for the second half of the year.

After an economic policy meeting chaired by President Xi Jinping on July 30, the Politburo of the party’s Central Committee issued a statement including an unusually candid assessment of the challenges ahead.

“The meeting highlighted an increasingly complex and challenging external environment, with the COVID-19 pandemic continuing to evolve and the domestic recovery remaining unsteady and unbalanced,” the statement cited by China Daily said.