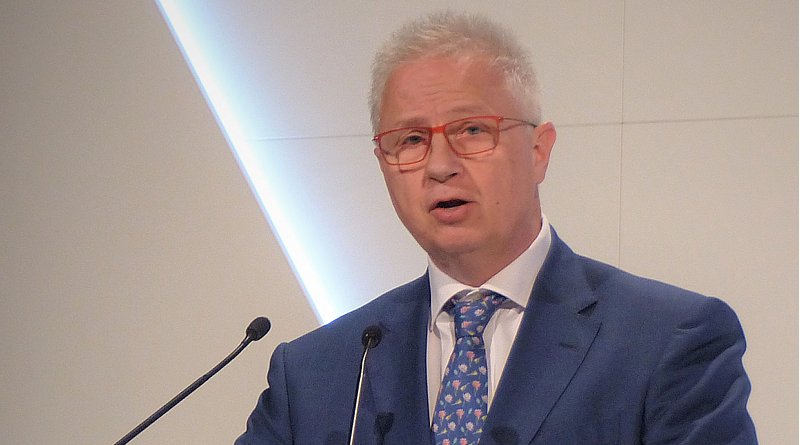 Nothing recommends Hungary’s candidate for the role of Enlargement Commissioner – and Ursula Von del Leyen’s decision shows a disregard for those who care about democracy.

After the President of the European Commission, Ursula von der Leyen, proposed Laszlo Trocsanyi as Commissioner for Neighbourhood and Enlargement Policy, few have found anything good to say about it. The only positive thing for the hopes of the Western Balkans is that as commissioners are “stateless persons”, they do not represent their governments and just implement the European Commission’s policies.

Sadly, even the Commission’s policy towards the region has not been encouraging lately, however, with many ups and downs in its approaches to the Balkans. Some were announced by the now former Commission President, Jean-Claude Juncker – that there would be no expansion during his term, to the launch of the strategy for a credible enlargement perspective for the Western Balkans last February. The new Commission should have avoided causing controversy even before the formal start of its term.

What recommends Trocsanyi for the role of commissioner in control of the state of rule of law in EU candidate countries? A track record of strengthening the rule of law and of “cooperation” with civil society is certainly not something for which he is known.

As Minister of Justice in Hungarian Prime Minister Viktor Orban’s government from 2014 to 2019, he cared little about the rule of law, or about the European Commission, since he introduced a series of laws that triggered legal conflicts with it.

For that alone, he should be deprived of any chance to be a member of the new Commission. By limiting the power of the Hungary judiciary in designing a new court system, and by faithfully serving Hungary’s illiberal political architecture, Trocsanyi’s candidacy is another Orban provocation and an act of confrontation with the Brussels administration.

It is not a move to rehabilitate the enlargement policy and provide the necessary momentum for democratization in states where democracy has been in decline for over ten years.

A person with credibility who had both the knowledge and the authority for the challenging role of assisting candidate countries in building strong systems should have been proposed for this position.

The Commission’s new President could have offered him another portfolio. But she did not. She has left that to the European Parliament to eventually take care of.

Von del Leyen’s inability to send a clear message to Hungary that its bad practices have not been forgotten also shows disregard for the views of MEPs and civil society, and all those who care about democracy.

Such a proposal runs counter to the Commission’s announced priority of strengthening the rule of law across Europe.

The appointment procedure may be thorny and painful for the Hungarian. Hearings in the European Parliament’s committees are forthcoming, followed by a vote in plenary session. The Parliament does not specifically vote on candidates and can only block the entire Commission.

But rejection of a commissioner-designate did happen in 2014, when Slovenia’s candidate, Alenka Bratusek, had to withdraw her nomination when the responsible committees refused to support her.

Bratusek was replaced so that the entire Commission could receive the Parliament’s support. The Parliament also displayed its power in 1999, when the Santer Commission collectively resigned, again under the threat of a no-confidence vote. The reasons for this were a number of charges of financial malpractices levied at the then composition of the Commission.

The corrective element in this case is for Trocsany to get another portfolio or for Hungary to change its candidate. Of course, that is provided that the European Parliament has serious objections to individual candidates; some MEPs have already announced that they will not vote for Trocsanyi.

Otherwise, it has to be kept in mind that commissioners do not have much space for their own individual agendas but must stick to the European Commission’s priorities. In this respect, the President herself has the most significant role to play – and she failed at the first test.

What else can the Western Balkans expect from the Enlargement portfolio within the European Commission? Its structure and priorities remain the same – the economy, public administration, the fight against corruption, good relations with neighbourhood policy, as well as resolution of regional/bilateral disputes. This is justified, as no significant progress was made in these areas during the previous Commission’s term.

Apart from resolving the dispute between Greece and [North] Macedonia, there were no significant changes in other areas and especially regarding rule-of-law issues.

After such an awkward start with the nomination of the Enlargement Commissioner, the European Union should take a more serious look at why its conditionality policy in the Western Balkans is not working – and why its transformative power is being called into question.

*Jovana Marovic is Executive Director of the Politikon Network, a think tank based in Podgorica.