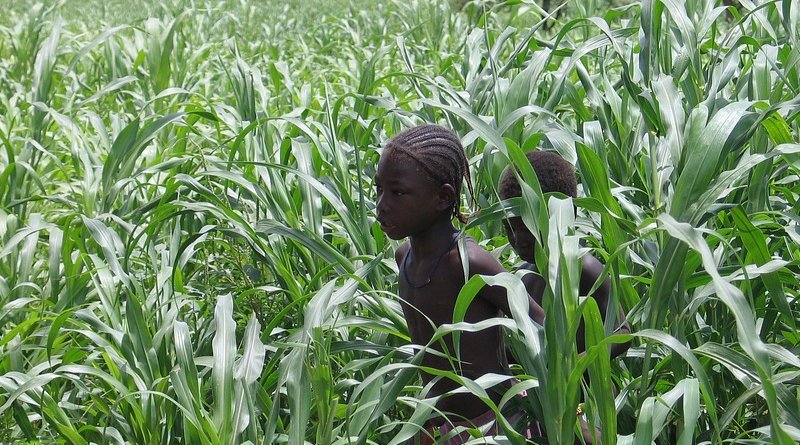 Catholic Relief Services is warning of increasing violence and displacement in the Sahel— the vast area of western and north-central Africa stretching from Senegal to Sudan.

In 2018, more than 320,000 people in Burkina Faso, Mali and Niger were forced to leave their homes, CRS reports. Burkina Faso, in particular, saw a four-fold increase in displaced persons since the start of this year.

“The increase of violent attacks has been devastating to so many families,” Jennifer Overton, CRS’ regional director for West Africa, said Sept. 12.

“People are struggling not only to keep their families safe and together, but also to meet basic needs like food and shelter.”

Ethnic tensions in the region, as well as threats from extremist groups including al-Qaeda affiliates, have boiled over in recent months.

Attacks by jihadist groups have increased since 2015, and AFP reported that almost 400 people have been killed in the past four years. The groups include Ansarul Islam, the Group to Support Islam and Muslims, and the Islamic State in the Greater Sahara.

Last December, the government of Burkina Faso declared a state of emergency in several northern provinces as a result of these ongoing attacks, Reuters reports.

Pope Francis has offered prayers for victims of attacks on Catholic churches in Burkina Faso, including a May 12 incident when a group of gunmen burned down a church building in Dablo while Mass was being celebrated, killing at least six people including a priest.

“Let us unite our prayers for the repose in God of the martyrs, for a prompt recovery of the wounded, for the consolation of the weeping families, for the conversion of the tormentors and for peace in our country of Burkina Faso,” Bishop Justin Kientega of Ouahigouya said after a May 26 attack that killed four.

CRS is working the region to supply aid for those forced to leave their homes, in the form of clean water and sanitation services, food, shelter and household items, as well as long-term aid in the form of healthcare, education, and agricultural and peacebuilding projects, the group reported.

“Very simply, unless this trend is reversed, we risk losing so many development gains over the last decade,” Overton warned.

“The window to prevent this backsliding is rapidly closing and demands urgent attention from the international community.”

Home » Violence, Displacement On Rise In Sahel Region Of Africa