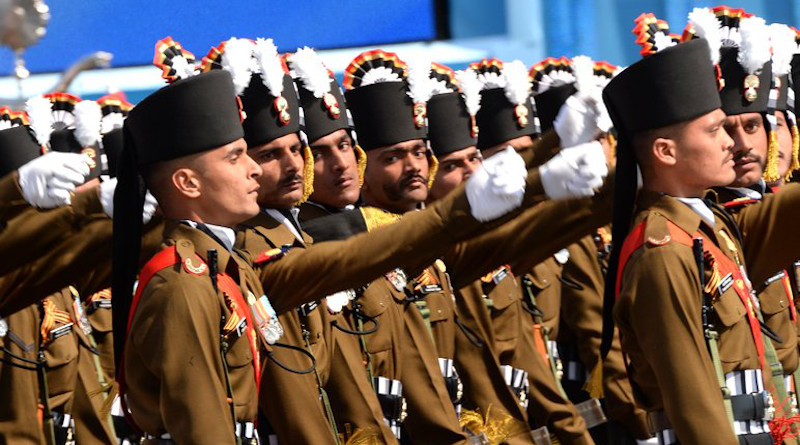 On 15 June 2020, India faced a ‘lethal’ skirmish vis-à-vis China and suffered a surprised attack over non-use of military weapons by Chinese forces in Galwan Valley. Many Indian scholars have raised the question of huge Indian military acquisitions, provided by the U.S. and others, and their incompetence against Chinese Forces. This aspect has created a strategic confusion among Indian and Western scholars that were hypothetically convinced by the so-called Indian stature of being ‘regional hegemon’ and ‘net security provider’ to Asia- Pacific region.

On foreign aspect of Indian military acquisitions, the 2020 SIPRI Yearbook highlighted that Indian military spending of 71.1 billion USD ranked it as the third-largest spender for the first time in the world. It also remained a Top country for many arms exporter states including Israel for sharing 45%, Russia for 25%, France for 14% and Canada for 11% of their respective arms exports.

Similarly, the literature review has suggested that India has secured various hi-tech defense deals with the U.S., Russia, France, Israel and others. With France, such defense deals for the acquisition of 36 Dassault Rafael combat jets remained controversial over corruption issues at highest levels. At the backdrop of recent India-China standoff, 5 Rafael jets were delivered to India on 29 July 2020 at Ambala Air Force station near India-Pakistan border.

Besides this, the Indian Defense Council has agreed to upgrade 59 of its MiG-29 aircraft and will purchase 21 more from Russia for about 1 billion USD.  In addition, it will order 12 Russian-made Su-30MKI fighters from the local state-owned company Hindustan Aeronautics Limited for 1.53 billion USD. The approval has been gathered for several indigenous development programs, including ammunition for Pinaka multi-barrel rocket launchers, Nirbhay land-attack cruise missiles and for Astra beyond-visual-range missiles. India is also aiming for the emergency purchase of Excalibur artillery rounds for M777 ultralight howitzers from the U.S., Igla Surface to air defense systems from Russia and Spike anti-tank guided missiles from Israel. All such military hardware that is portrayed to be used against Chinese Forces, can effectively be used against Pakistan.

In this context, the 2020 Belfer Center Report on ‘The Strategic Postures of China and India’ has made a similar assertion that, Indian missile forces are located at closer proximity to Pakistan than China. The estimated nuclear forces of 8 Agni-II missiles, 10 Agni-III missiles, 51 Jaguar IS and Mirage 2000H fighters with nuclear gravity bombs against China also encircles Pakistan and raises challenges for deterrence stability for South Asian region. Hence, India has used ‘China’ as a bogey to develop its military capabilities.

The report also claims that India maintains strong conventional asymmetries against Pakistan and China. The bad weather conditions and complex geographical terrain has given an edge to Indian Air Force to seek ‘military superiority’ vis-à-vis China.  However, the recent setback to Indian Forces against Chinese in Ladakh has exposed their so-called conventional asymmetry against Chinese Forces.

On Joint production venture, the U.S. Lockheed Martin and Indian Tata Advanced Systems Limited agreement signed a deal to set up a joint production facility for F-16 Block 70 jets in India in 2017. Other deals adding with Boeing for 22 Apache AH-64 attack helicopters and 15 Chinook CH-47 tactical transport helicopters were concluded in 2015. So far, total eight out of 22 Apaches have been received and inducted in India Air Forces. India also received 6 out of 15 Chinook CH-47 helicopters in 2019. The U.S. agreed and approved the sale of Guardian Drones to India for surveillance purposes in 2017 and 2019 respectively.

With Russia, India has signed a defense deal to acquire ‘Strum Ataka’ anti-tank missile for the its fleet of Mi-35 attack choppers. The deal for lease of an Akula-1 nuclear-powered attack submarine was also signed in 2019. Another deal for two Talwar class frigates for Indian Navy was signed in 2018. India will get first two Talwar class frigates in 2022. The significant deal for S-400 Triumf air defence systems was concluded in 2018. The expected deliveries will commence from October 2020 and will be completed by April 2023. The Joint venture to manufacture Kampov-226T light utility helicopters in India was also concluded in 2016.

With Israel, India is looking for an option to purchase Spike anti-tank missiles. It is also aimed to purchase 100 Smart, Precise Impact, Cost-Effective (SPICE) bombs, which have a stand-off range of 60 km. These SPICE bombs reportedly used by Indian Air in Balakot air strike on 26 Feb, 2019. The deal for 10 Heron TP armed drones was also signed in 2015. Other naval deals for Barak-8 Long Range Surface to Air Missile (LRSAM) were availed in 2018. So far, it has successfully conducted Barak LRSAM test and intercepted missiles up to 70-150kms range in Jan 2019. India has also signed a deal for advanced Medium Range Surface to Air Missile systems (MRSAM) with a range of 70kms and its delivery is expected in 2020. Further, the deal for two Phalcon Airborne Early Warning and Control Systems (AWACS) was also concluded in 2016.

All in all, these significant Indian military acquisitions have increased Indian military defenses that can explicitly be used against Pakistan. Pakistan can never allow India to disturb the peace and security of South Asian Region. Hence, international community should also denounce Indian aggressive military postures and urge peace talks between Pakistan and India for further underscoring the strategic stability in this region.

* The author is a Visiting Research Fellow at SASSI, Pakistan.