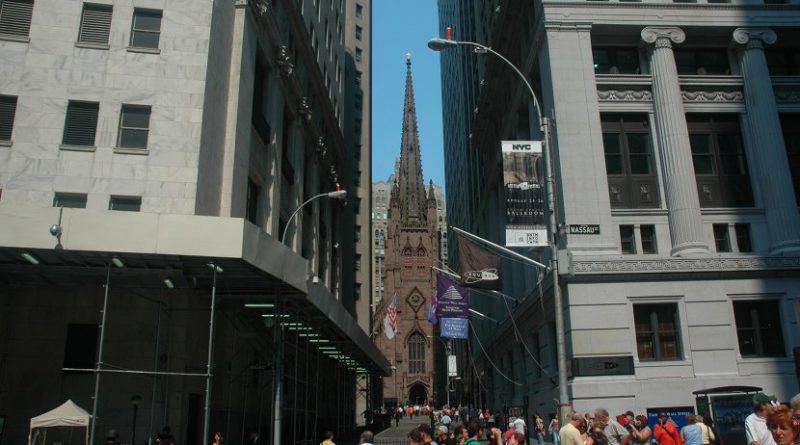 The notion that if you work hard enough, you will reap the rewards is one of the basic tenets of the American dream. But that dream is being put to a stern test as protests against corporate greed and economic inequality spread to cities across the US and around the world.

The protests, dubbed Occupy Wall Street, began on Sept. 17 as hundreds of people from many walks of life descended on the streets of Manhattan’s financial district. Since then, the movement has spread to dozens of other cities and beyond. Several demonstrations are planned this weekend not only in the US but Canada and Europe, as well as in Asia and Africa.

Over the weekend, anti-Wall Street protesters won a small victory after defeating a plan to clear them from the park they have occupied for the past month. The showdown in New York came as tensions were rising in several other US cities over the swelling protests, with several arrests and scattered clashes between demonstrators and police. The abrupt reversal by the authorities averted a dangerous clash at the southern tip of Manhattan, at least for now.

The demonstrators stand in opposition to the one percent of Americans who control the majority of the country’s wealth, as well as the big business and government systems they say allowed the economy to flounder.

Corruption in the US government tops the list of grievances which include tax breaks for the wealthy, growing economic disparity, health-care reform, campaign finance reform and the outsourcing of American jobs to overseas labor markets.

The movement is uncannily modeled after social media-driven demonstrations in the Middle East. In fact, it looks like the Arab Spring helped inspire the demonstrations in New York. The US demonstrations, like the Arab uprisings, for the most part are leaderless and continue to be defined as undefined. And despite the crystal clear reasons by the US protesters — to raise awareness about the role financial institutions played in the continued economic downturn affecting the world markets, and to show their discontent at the lukewarm attempts to prosecute those at fault — the movement is incoherent in its demands; its only goal seems to be increasing its traction among those dissatisfied with government corruption and the greed of the one percent. And like the Arab Spring, the most common emotion associated with the US protests is anger. Second would be its spiritedness. Beating back the Zuccotti Park eviction will embolden the movement across the US. It will give the unfolding protests against corporate greed, dismissed as transient, added credibility and endurance.

The idea that individuals are responsible for their own economic success and failure is one that’s deeply rooted in American culture. But the grievances in the protests showcase stories of working long hours, declining home values and shaky economic futures, of people working multiple jobs to get through college, and finding themselves saddled with burdensome debt.

Americans still find value in work and want to be part of a productive society. But those who are protesting say the problem is not them but an ailing economy which is not their fault, one they would like to fix it but that the system itself won’t allow it.

So perhaps the wish is that protests will achieve what hard work has not.