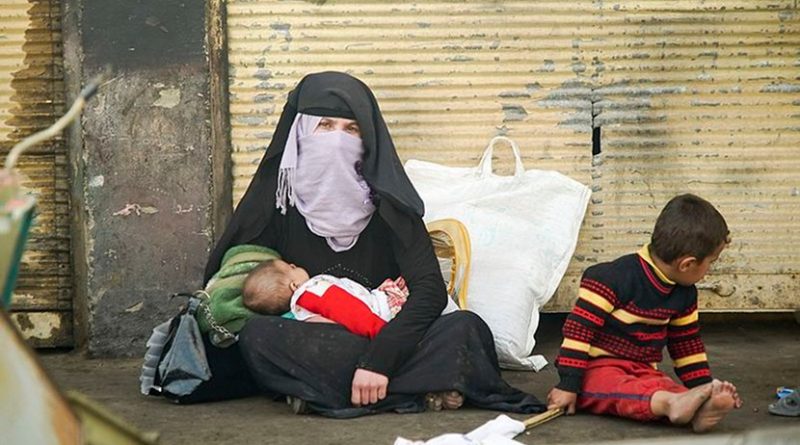 One year since the start of the battle to retake Mosul from the Islamic State group (IS), some 673,000 Iraqis from the city and its surroundings remain displaced and unable to go back to their destroyed neighborhoods, the Norwegian Refugee Council said Sunday.

According to Norwegian Refugee Council, more than half of the displaced may have lost their official civil documents — from birth certificates to property deeds – which will make rebuilding their lives even harder.

“The battle of Mosul is over, but for hundreds of thousands who fled the city, their suffering and despair continues,” said the Norwegian Refugee Council’s Iraq Country Director Heidi Diedrich. “People we work with are still missing some of the most basic necessities and have no idea if they will ever be able to go back to their homes.”

An assessment conducted by NRC among displaced Iraqis from Mosul and surrounding areas found that 53 percent of respondents maintained they did not have civil documentation. The majority of those living outside displacement camps are finding it impossible to pay rent, with many families having to share one house together. They reported their major concerns to include forced evictions, and inability to pay the increasing cost of rent.

A majority of women said they were concerned about the future. Their children were not registered in schools because they did not know whether or not they would return back to their homes and had very low income. Men reported the lack of job opportunities as their top concern and that sending children to work was one way of coping. Almost all women interviewed listed the lack of shelter, water and health services as their top unmet need.

The top reason for continuing to stay away from their areas of origin was the lack of livelihoods and income opportunities, with violence and insecurity coming in as second top concern. When asked about their future plans a majority responded that it all depended on the situation back in Mosul.

“After three years living under the brutal reign of the IS and a year since the battle to retake the city started, the tragedy for Iraqi civilians continues to this day. Until they are able to return home and rebuild their lives, the international community must continue to stand in solidarity with the Iraq’s displaced. Meanwhile, the government’s plans to rebuild Mosul must ensure the rights of displaced Iraqis are at the forefront of these efforts,” said Diedrich.