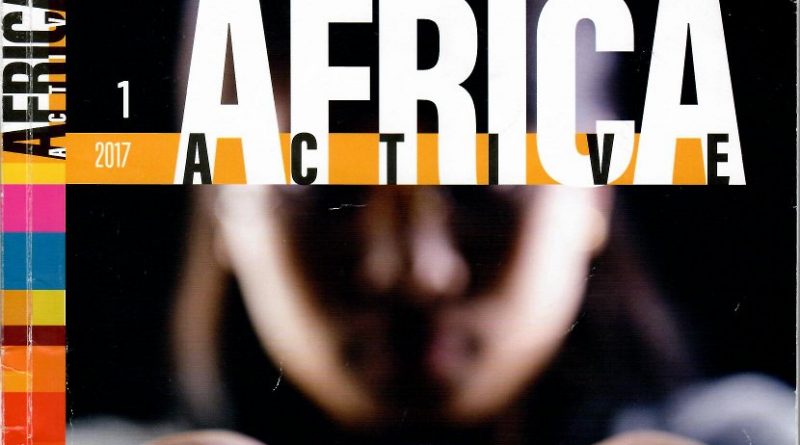 Africa Active, a new quarterly publication about African issues, has hit the market in the Russian Federation. Nataliya Zaiser, the Founder and Editor-in-Chief of the magazine explained that the new magazine seeks to bridge the widening business information gap that has existed between Africa and Russia.

The idea of publishing the magazine is to create authentic business information for business people and help strengthen bilateral relations especially in business and investment spheres, highlight cultural and social issues between Russia and African countries.

Zaiser wrote in her first editorial that “there is no point in looking back at the missed opportunities. Given the relatively liberal investment climate and the relative absence of bureaucracy, Africa has long become a major investment platform for many: China, India, the United States, Australia, and European states are stepping up trade with the continent.”

Zaiser, however, suggested to look at the future, adding that, “it does not matter what we have not done, yet it is important what we want to do, what we can do, and what we are prepared to do.”

Russia has to decide a long-term strategy that would be the most efficient in the pursuit of its interest in Africa.

The new publication has transformed from “The World of Africa,” which was first published in 2010. It has the same format and cover design, and has a total circulation of 5,000 copies. It is widely distributed through private and public institutions, diplomatic and commercial networks of the Russian Federation and Africa.

Since the collapse of the Soviet Union, there have been efforts by the official authorities to address the information gap between the two regions. But those efforts have so far yielded little results. Instead, complaints about lack of vital business information have dominated public speeches.

The Foreign Ministry, for example, published the text of Deputy Foreign Minister Mikhail Bogdanov’s speech on its official website in July 2013, in which he highlighted the same old problems facing the development of Russia-African ties at a session of the Urals-Africa economic forum in Yekaterinburg.

“One must admit that the practical span of Russian companies’ business operations in Africa falls far below our export capabilities, on the one hand, and the huge natural resources of the huge continent, on the other,” Bogdanov said.

Of course, one of the obstacles has been insufficient knowledge of the economic potential, on the part of Russian entrepreneurs, needs and opportunities of the African region. “Poor knowledge of the African markets’ structure and the characteristics of African customers by the Russian business community remains an undeniable fact. The Africans in their turn are insufficiently informed on the capabilities of potential Russian partners,” Bogdanov stressed in his speech without suggesting any possible solutions.

Re-echoing Deputy Minister Bogdanov, Professor Irina Abramova, the Director of the Institute for African Studies under the Russian Academy of Sciences, has also explained that, “as before, we cannot deny the insufficient knowledge of the Russian business structures specificity of Africa, its requirements, and other parameters. On the other hand, Africans are poorly informed about the possibilities of Russian partnership.”

For the dearth of vital economic information, Russian Foreign Ministry, Department of Press and Information, could grant media accreditation to, at least, a few African journalists to work in the Russian Federation. That could help bridge the business information gap. Most often, African political leaders and corporate business directors have to depend on western media reports about developments in Russia, according to many policy experts.

O. Igho Natufe, PhD (McGill), a Research Professor at the Center for Studies of Russian-African Relations and Foreign Policy of African Countries, whose book “Russian Foreign Policy in Search of Lost Influence,” published recently, explained that to improve the overall relationship, Russia has to review its policy strategies and one surest way is to employ soft power in dealing with Africa. Russian authorities have to acknowledge that the media has a huge role to play, thus the frequent exchange of visits by Russian and African journalists, as well as the regular publication of economic and business reports could help create public business awareness and further raise to an appreciable level the relationship between the two countries.

Igho Natufe, has left his job at the Institute in Moscow and he is now the Director of the Ukraine-Africa Studies Center in Kiev.

Some experts say that state support is badly needed to address the media. According to Evgeny Korendyasov, Head of the Center for Russia-Africa Relations of the Africa Studies Institute, such publications are positive given the complex and contradictory business environment in Africa.

He said that a systematic approach becomes important in maintaining working relations with Africa. “Of course, the state can largely help shape corporate interests and work out a long-term program of exchange of media representatives and extend other kinds of assistance to the development of African countries.”

The Institute of African Studies is prepared to give its help to this magazine, viewing it first and foremost as a source of trustworthy information for business and economic diplomacy.