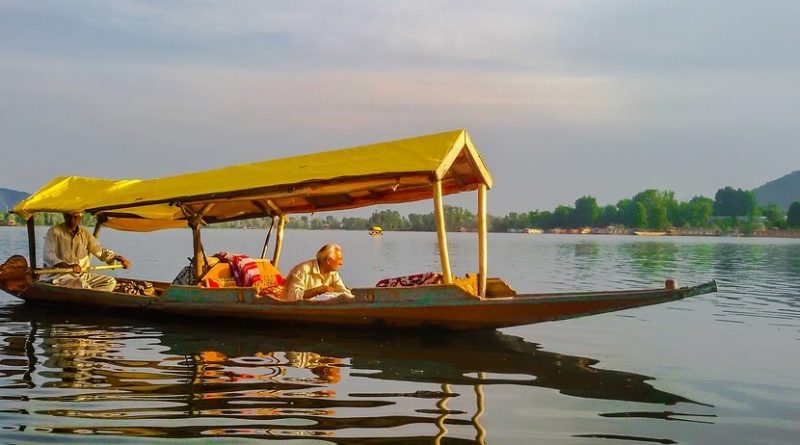 On October 13, 2018, elections for the third of the four-phase Municipal Elections 2018, were held in 96 wards spread across the State of Jammu and Kashmir (J&K). The average polling percentage in this phase worked out to a sorry 16.4 per cent. Elections for the second phase on October 10, 2018, held across 263 wards, recorded an average of 31.3 per cent poling. On October 10, 2018, elections for the first phase were held across 321 wards, with 56.6 per cent of voters participating. The State average after the completion of the third phase of polls stands at 41.9 per cent.

Earlier, on September 15, 2018, the State Election Commission had announced the four phase Municipal Elections 2018 to be held across 1,145 wards of 79 Municipal Bodies. The last Municipal Elections in the state were held in the year 2005 through secret ballot and the term of the elected officials expired in February 2010.

In the current cycle, several Pakistan-backed terrorist formations had openly issued threats against participation in the polls. For instance, on October 1, 2018, a video of Lashkar-e-Toiba (LeT) ‘commander’ Suhaib Akhoon aka Romee surfaced on social media in Kashmir, in which he can be seen issuing a threat to those who had filed their nominations for the municipal polls. He told candidates to withdraw their nomination forms within three days, failing which they would face dire consequences.

Significantly, however, no poll related violence has been recorded during the first three phases. Moreover, around 3,372 candidates filed their nomination for 79 municipal Bodies. A total of 1,473 candidates filed their nominations for the first phase; another 1,198 for the second phase; 441 for the third phase; and 260 for the fourth phase. The poling percentage was appreciably high in Jammu Division, at an average of 68.4 per cent after three phases.

However, no nomination was filed for 13 wards in the Frisal Municipal Committee of Kulgam District (phase 1); and for 13 wards in Khrew Municipal Committee of Pulwama District (phase 4), both falling in the Kashmir Division. Moreover, a total of 244 candidates were elected uncontested from 244 wards, 231 of which were from Kashmir Division. 78 candidates were elected uncontested in the first phase, 65 in the second phase, 49 in the third phase. 52 candidates have already been declared elected without contest for polls scheduled to be held on October 16. The polling percentage in Kashmir Division was at a low of just 6.7 per cent on the average after three phases.

While violence or the threat of violence may, on first sight, be thought to be a principal cause for the low voter turnout in the Kashmir division, such an assessment would not be consistent with the realities of the ground. Crucially, violence is not widespread across the Valley, and is now limited to few specific pockets as has been highlighted by SAIR in the past. According to partial data compiled by the South Asia Terrorism Portal (SATP), in 2018, out of 82 tehsils in the State, fatalities were reported from only 35. Moreover, the five worst affected tehsils recorded 153 of the total of 316 fatalities (i.e. 48.42 per cent). Similarly, of 82 tehsils, incidents of stone pelting were reported from 28. The five worst affected tehsils recorded 170 incidents out of total 266 (63.90 per cent). In both the categories (fatalities and stone peltings), the five worst-affected tehsils were in the Kashmir Division – Shopian, Pulwama, Srinagar South, Kupwara, and Kulgam. The Kashmir Division has a total of 38 tehsils.

The most significant reason for the low voter turnout in the current municipal elections has been the political ineptitude of the Centre in pushing the election schedule forward without attempting to carry Valley-based political parties along. The National Conference (NC) and the People’s Democratic Party (PDP), which dominate the Valley, had announced their decision to boycott the elections, unless the Centre and the State Government clarified their stance on Articles 370 (autonomous status of J&K) and 35A (special rights and privileges of ‘permanent residents’) of the Indian Constitution. The two articles have been a critical element in the polarizing politics of the Bharatiya Janta Party (BJP), which holds power at the Centre. 35A is the subject of ongoing litigation in the Supreme Court, and each hearing provokes significant political tremors in the Valley. The BJP has an insignificant presence across the Kashmir Division (all but one of its 34 candidates in the Valley lost their deposits in the Assembly elections of 2014). The other national party, the Indian National Congress (INC) has never been a force to reckon with and has limited reach.

It is the Centre that forced our hand to opt out of the elections by not making its stand clear on Article 35A… the PDP and the NC have 43 MLAs in the 87-member assembly. That means half of the State’s legislative footprint is out of the fray.

From the highest turnouts since 1987 in 2014 to the lowest turnouts ever recorded in 2018 why is the Modi Government able to get away with its disastrous handing of Kashmir almost unquestioned?

The BJP-led Union Government, which had decided to conduct the polls, went ahead with its decision and made no genuine effort to reach out to the major parties calling for a boycott, chosing, instead, to ignore the writing on the wall. On the other hand, it chose to launch a campaign of denigration against NC and PDP, making several irresponsible statements. Ram Madhav, National General Secretary, BJP, thus alleged,

PDP and NC workers are trying to scuttle the election process the same way the terrorists and their over-ground workers are. We have reports that in many places in the Valley where people go to file nominations as independents, they are being threatened by the workers of these parties.

While the entire process of Municipal Elections will be over by October 27, the Panchayat (village level local self-Government institution) elections are slated to follow soon. On September 16, the State Election Commission had announced a nine-phase schedule for Panchayat elections, beginning November 17 and ending December 11, with the entire election process to be completed by December 17.

It is imperative for the Centre to now make honest efforts to bring NC and PDP into the electoral process, to cement democracy in the State and undercut the sway of the separatist and extremist constituencies. It is significant that the last Panchayat elections in the State, held in April-June 2011, were immensely successful, with over 79 per cent of the electorate exercising their right to vote. Though the Panchayats completed their term in July 2016, elections have not been held purportedly on the grounds that the security situation in the state remained fraught.

While there has been an escalation in violence in J&K over the 2013-2018 period, elections the Municipal bodies’ elections have been held virtually without incident and, despite the low rate of participation in the Valley, there is no reason to believe that there is no enthusiasm among the people to engage in the democratic exercise. Polarizing politics and growing mistrust of the Centre and its intentions with regard to crucial issues that agitate Valley populations have, however, pushed both the population and their representative political parties away from the electoral process. Unless this mistrust is addressed, the credibility of democratic processes in the State will come under question, creating widening grounds for further alienation and radicalization.