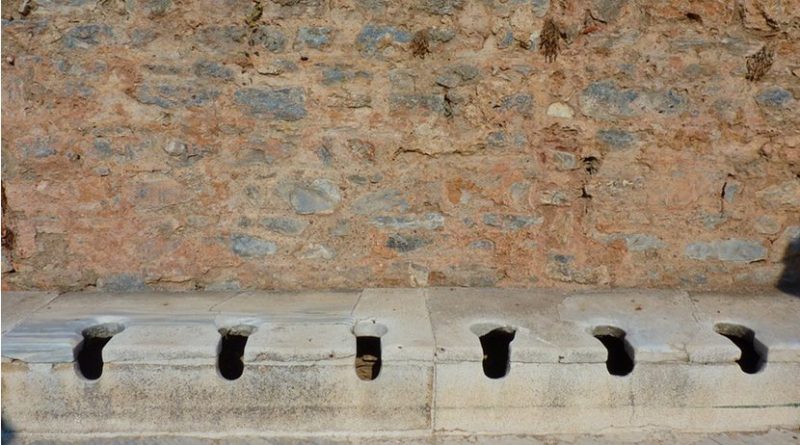 Researchers at the University of Oxford’s Department of Zoology and School of Archaeology have applied genetic analysis to 700-year-old parasites found in archaeological stool samples to understand a variety of characteristics of a human population. It is the first time this combined parasitological and ancient DNA (aDNA) approach has been applied to understand the epidemiology of historical parasites. The findings have just been published in Proceedings of The Royal Society B.

Gathered from medieval latrines in Lübeck, Germany, these armoured relics that passed through human faeces – nematode (roundworm) and cestode (tapeworms) eggs – have tough shells that withstand time and decay, perfectly preserving their DNA.

Lead researcher Adrian Smith said: ‘This new approach could be critical as an artefact independent tool for the study of people in the past. Human faeces were not typically traded but the parasites which can live in humans for 10 years or more are deposited wherever the people went.’

Analysis shows that high numbers of cestodes (tapeworms) were found in latrines from medieval Lübeck, one of the world’s leading ports during the Middle Ages. As freshwater fish was a known source of these cestodes the researchers could deduce that in Lübeck they had a diet high in freshwater fish which wasn’t effectively cooked, a practice distinct from other regions.

Further analysis reveals that at around 1300-1325 there was a shift from the fish-derived parasite to a beef -derived parasite, which indicates a change in diet, culinary culture and food sources.

Adrian Smith said: ‘People of Lübeck may have stopped eating raw freshwater fish or disrupted the cestode lifecycle. Interestingly, the shift in eating habits coincides with an increase in tannery and butchery based industry on the freshwater side of Lübeck and pollution may have interfered with the fish-derived parasite life cycle.’

The aDNA sequences from the nematodes which were found in a lot of archaeological sites also helped researchers identify that Lübeck contained the most diverse parasite population. This is consistent with its importance and high level of connectivity to other places. Significantly, the port of medieval Bristol was the second most diverse location and the aDNA data supports a link between Bristol and Lübeck.

Adrian Smith said: ‘We can use this approach to tell us a lot about specific locations including levels of sanitation, health status, dietary practices and connectivity of different sites. This might be of particular importance with populations where classical historical records are regarded as poor or insufficient. Our ambition is to develop a “molecular archaeoparasitological” map of Europe through time and space, using the parasites to inform us about human populations in the past.’