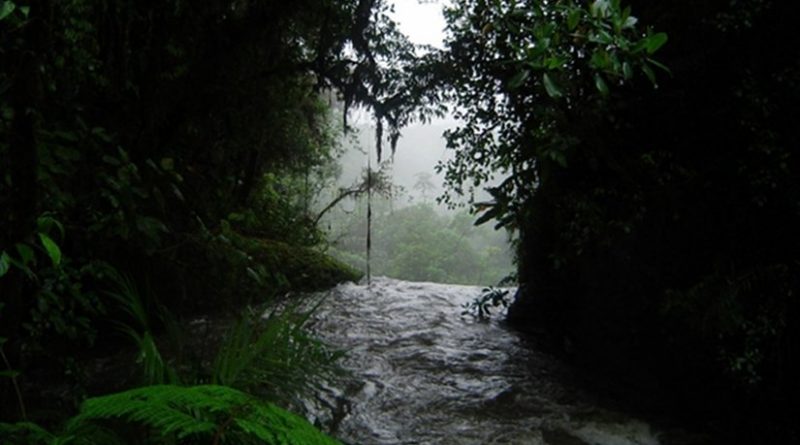 Poverty is one of the greatest challenges facing humanity. Globally, one out of every 10 people lives in extreme poverty, defined by the World Bank as living on less than $1.90 per day. Many of them live in rural areas where the poverty rate is 17.2 per cent – more than three times higher than in urban areas. If current trends continue, the number of hungry people will reach 840 million or one ninth of the world’s population by 2030 according to the World Food Programme.

Poverty eradication has therefore found a place at the top of the United Nations 2030 Agenda for Sustainable Development. “End poverty in all its forms everywhere” is the first Goal of this Agenda, which is supported by all 193 UN member states. The international community is now stepping up efforts to achieve this goal, especially in response to the severe setback caused by the Covid-19 pandemic. The zoonotic nature of the Covid-19 virus has also illustrated the urgency to reduce human pressure on nature.

One way to relieve this pressure and alleviate poverty is to recognize and further optimize the critical role of forests and trees as allies in the fight against poverty. In the long run, losing forests means losing this fight. This is the central finding of a new global assessment report entitled “Forests, Trees and the Eradication of Poverty: Potential and Limitations“.

The study consolidates available scientific evidence on the wide range of contributions forests and trees outside forests make to curbing poverty and on the effectiveness of diverse forest management policies, programs, technologies and strategies. It does so based on an understanding of poverty not only in terms of money but also as an obstacle that keeps people from attaining a certain level of well-being and participating fully in society.

“This global assessment comes at a critical time. More extreme weather events associated with climate change, widening inequality, and the spread of infectious diseases, among others, are making an already insecure situation worse for the poor. It is therefore essential to review the role of forests in development in general, and in achieving poverty eradication, in particular.” says Hiroto Mitsugi, Assistant Director-General, FAO, and Chair of the Collaborative Partnership on Forests.

A core group of 21 internationally renowned experts from different parts of the world and different scientific backgrounds have worked together for almost two years on the Global Forest Expert Panel (GFEP) on Forests and Poverty. The Panel, chaired by Professor Daniel C. Miller of the University of Illinois at Urbana-Champaign, United States, and led by the International Union of Forest Research Organizations (IUFRO), is an initiative of the Collaborative Partnership on Forests (CPF) chaired by the Food and Agriculture Organization (FAO) of the United Nations.

Professor Miller says, “Forests and trees are critical to the well-being of many of the world’s poor people who have been able to harness the goods and services they provide to manage and mitigate risk, especially in the face of crises. To secure and improve this important function, we need to adequately protect, manage and restore forests and to make forests and trees more central in policy decisionmaking.”

“Our global assessment examines a variety of policy and management measures implemented by governments, civil society organizations, and the private sector for their potential and limitations to alleviate poverty. While there is no one size fits all solution, we have found that some of the strongest evidence for poverty reduction comes from agroforestry systems, community forest management, ecotourism, and forest producer organisations, among others,” Professor Miller explains.

However, benefits and costs from forests and trees to human well-being are unevenly distributed. In many forest and wildlife-rich countries in Africa, for example, timber and tourism are major contributors to national economic accounts, but the benefits may not accrue at the local level – and, worse, local communities may bear the cost of these activities through environmental degradation and restricted access to protected areas.

There are several studies that show that protected areas can reduce poverty, particularly where ecotourism opportunities exist (e.g. in Costa Rica and Thailand) and where local people are involved as stakeholders. However, it is often those who are better off who are more likely to benefit, thus exacerbating local income inequalities.

Much case study evidence also points to clear benefits for the poor derived from community forestry management (CFM), although its potential has not been realised in most countries. Nepal is an exception as its CFM program is considered one of the most successful of its kind in the world. And yet, even there the benefits of CFM are unequally distributed among households, with poor and low caste households benefitting less than more well-off households.

Producer organisations are another relatively successful option to help forest producers overcome challenges such as market access. For example, in Burkina Faso’s largely female-dominated shea nut value chain 76% of surveyed women noted improvements in their financial situation as a result of their participation in shea producer groups. A shea union has helped to build many members’ social capital and strengthen cohesion even as social divisions along lines of gender, age and ethnicity still affect processes of inclusion and exclusion along this important forest product value chain.

Vanilla production in Madagascar is an example of how agroforestry can provide a pathway out of poverty. Approximately 80% of the world’s vanilla is produced in Madagascar, largely in the north-eastern Sava region. There, agroforestry systems focusing on vanilla have become the main source of income for many farmers. However, benefits generally arise from contracts with vanilla exporters or collectors and thus are concentrated among smallholders able to obtain those contracts. Female-headed households, for example, are much less likely to get contracts because of their significant social disadvantages.

Thus, a key finding of the global assessment is that the poor are rarely able to capture the bulk of benefits from forests even as forest and trees are often vital in terms of subsistence. In addition, the Covid-19 pandemic has driven thousands of people back to rural areas and has cut remittances. The full range of its effects on forests and rural livelihoods remains to be seen.