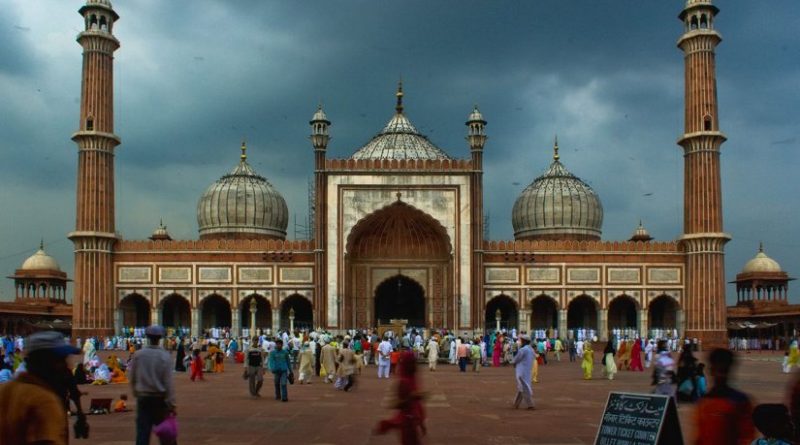 With an aim to brainstorm the effective ways to organize the First World Islamic Spiritual Summit in Delhi, an apex body of Sufi Sunni Muslims in India, All India Ulema & Mashaikh Board (AIUMB) hosted a preparatory meet at Centrum Hotel, New Friends Colony, New Delhi.

With a number of Islamic scholars, clerics, imams, Sufi mashaikh, writers and journalists, university graduates, social activists and grassroots workers, this pre-summit event was aimed at finding newer ways of spreading the Islamic message of peace and tolerance as a counterattack on the ideological extremism that seems to be growing faster in the world, including the Indian subcontinent too.

The meeting was part of a broad agenda of AIUMB to foster global peace and Islamic spirituality and pluralism by countering extremist ideologies. The agenda is to determine how the Board can further contribute to reducing the deleterious impact of religious extremism, doctrinal conservatism, and theological radicalism penetrating into the mindset of the global Muslim community in general and the new generation of Indian Muslims in particular.

It also discussed the global threat of ISIS extremism disturbing the global peace and finding ways to penetrate into our country.
At the very outset, AIUMB national secretary, Syed Hasan Jamee, briefed the participants about the aims and objectives of the upcoming World Islamic Spiritual Summit. They can be summarised into the following:

In a nutshell, the summit aims to focus on universal harmony as enshrined in the spiritual Islamic teachings and values for individual, social and cosmic well being. Its central premise is to bring about solidarity, peace, prosperity and welfare in the world through the agency of Islamic spirituality.

In his remarks, Founder-President of AIUMB, Syed Ashraf Miyan Kichauchawi explained the AIUMB plan to organise “the First World Islamic Spiritual Summit” what can be called an International Sufi Conference. Speaking in detail about the summit, he stated that “Sufi Ulama, Mashaikh, Imams and muftis from Central Asia, Southeast Asia, Africa, USA, Europe (particularly Egypt, Morocco, India, Bosnia, Pakistan, UAE and war-torn Syria), all have come out to tackle the onslaught of religious extremism now”. He said that “It was the first time that an Indian apex body of Sufi Sunni Muslims, Ulama & Mashaikh Board (AIUMB) had gathered millions of mainstream Muslims and intellectually demolished the ideology and theology of Al Qaeda and like-minded groups. The misguiding ideas of extremist elements were sabotaged.”

However, he said, one conference is not enough. We need a much larger platform to contain the dangers of the extremists’ movements. Keeping this in view, we are going to organise an international Sufi conference or Religious Leaders’ Summit in the beginning of next year (2016). “This conference will illustrate that mainstream Sufi-Sunni Muslims have the beautiful spiritual ideas and energetic drive to eradicate the cancer of extremism and intolerance in the name of Islam”.

He further said, “Sufi ideology is based on peace, brotherhood and tolerance through which the message of peace and harmony is being circulated to the entire world. In the rapidly changing arena of the world, we should present Islamic mysticism as the only school of thought which represents the true spirit of Islam”.

Maulana Syed Tanweer Hashmi (President, AIUMB Karnataka branch) said: “At a time when Islam is being presented as a religion of terror in the world, it has been proved that those who are involved in terrorism have no ideological link with peaceful Sufi doctrines and Islamic mysticism”. “We have to categorically state that the bearers of this peaceful ideology are the mainstream Muslims the world over, and they are in overwhelming majority in India too. Therefore, we urgently need to revive the teachings of Islamic mysticism and spread the Sufis’ messages of universal love and brotherhood, because it is the only Islamic ideology which can ensure global peace, national unity and religious harmony”, he said.

Maulana Abdul Moid Azhari, AIUMB office secretary informed the media that the event will comprise of an international seminar and a large-scale massive conference. They will be respectively organized in Delhi’s Vigyan Bhawan and Ram Lila Maidan on March 17, 18, 19 and 20. He intimated that Sufi clerics and scholars representing different spiritual traditions (Sufi Silsilas) will come and address both the seminar and conference.