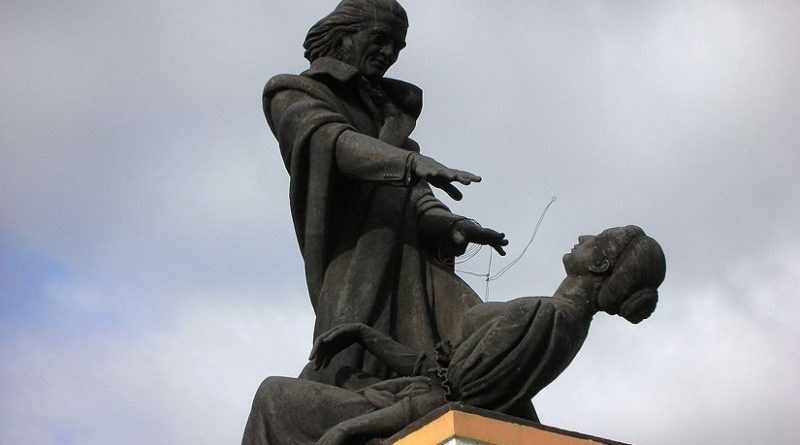 As part of a bid to attract tourists, the state government in the coastal Indian state of Goa have erected a statue of a 18th century Goan Catholic monk who is considered a pioneer in hypnotism.

At his feet is a woman he is hypnotizing.

The statue is a part of a program launched by the government in Condolim, the beach village of his birth.

Tomazinho Cardozo, a former speaker of the Goa Legislative Assembly, said the priest was famous in Europe for his pioneering work in the scientific study of hypnotism.

Abbe Faria reportedly used hypnotism as a way to treat illness and his work led to the establishment of eight institutions researching hypnotherapy in several countries.