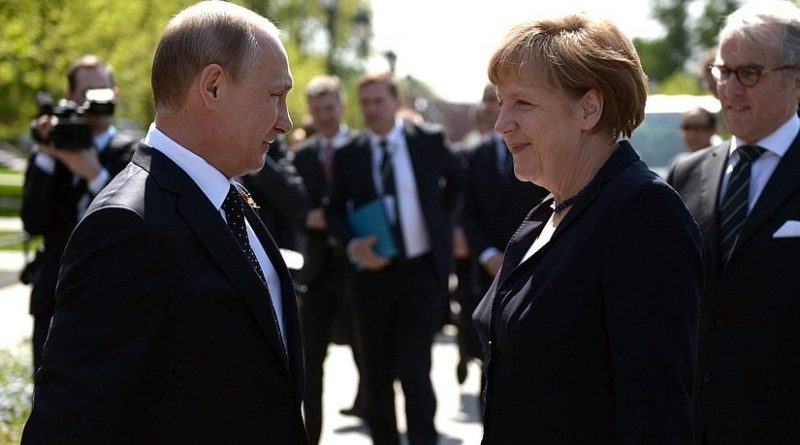 Given Brexit and Trump, the relationship between Putin and Merkel increasingly will provide the fulcrum of Balkan – and European – security.

By David B. Kanin*

The shock of the recent American election does not seem to be fading much yet, either in the States or worldwide. The President-elect’s relatively benign behavior since winning his big prize has yet to obscure the unique mix of personal slurs and communal insults directed by him and at him over the last year and more. The same pundits who were dead wrong about the election outcome continue to slam the victor and his imagery of border walls, massive deportations of immigrants, and shrinkage of international trade. Pay no attention to them; the plain fact is that no one knows what the next US Administration actually will do, at home or abroad. It is quite possible those inside the nascent Trump management group have little more than a general notion themselves.

Of course, there is no point telling that to Vojislav Seselj, whose effort to pull his Donald Trump T-shirt over his belly created a rather striking image in its own right. Seselj seems to think the American election will somehow enable him and his greater Serbia. Seselj’s celebration was an exaggerated reflection of the distinction between measured post-8 November optimism in Serbia and resigned worry expressed by the US’s erstwhile clients in the Balkans, the Bosniaks and the Albanian universe. By now, it should be clear to anyone paying attention that the Americans rarely think about the Balkans anymore, and that the few diplomats and analysts assigned to watch the region in Washington and European capitals remain at square one when it comes to forcing politicians and patronage bosses to knuckle under to more than twenty years of Western threats and demands.

This will remain the case; Western weakness will be outlined in high relief in the post-election context (to include the results of balloting in France, the Netherlands, and Germany in 2017). The fissure likely will widen between traditional liberal international values held up by fading elite (and elitist) voices in Europe and nativist populism afflicting the various factions in the US Republican party and European counterparts. NATO, already largely a talking shop of declining relevance, would not restore its pride of place even if all its members actually lived up to the ritual pledge to increase defense spending by 2% of GDP and proved willing to maintain their token deployments to the Baltic states. Talk of some sort of EU defense and humanitarian intervention capability makes little sense when so few EU members would be willing to fight anyone. High representatives and other diplomats will continue to talk at Balkan audiences about the path to Europe, but so what?

As the dust in Europe settles (and the Russian military/diplomatic success in Syria reaches a climax –in Idlib? – and settles in), Vladimir Putin and Angela Merkel will get down to the business of negotiating their post-sanctions relationship, assuming Merkel can manage her own electoral problems. The rest of Europe (and Turkey) will play close attention. This diplomacy will proceed even if Moscow engineers the capture by separatists of Mariupol and other parts of eastern Ukraine in the next phase of Moscow’s effort to restore its influence throughout “Little Russia.” Germany remains the key to Putin’s effort to lash a Russian-dominated European security zone to a Russian economy that on its own seems likely to permanently under-perform.

Merkel knows her dance partner well. Nevertheless, Britain’s lurch away from Europe and flourishing American atavism leave her little choice but to attempt to draw Moscow into a connection that perhaps will put a limit on Russian efforts to restore its security domination over the former Soviet/Warsaw pact security space. She might even hope to lay the groundwork for eventual revival of something like the clumsy efforts made by US and European officials and academics during the 1990s to promote liberal rule-of-law values inside Russia itself.

This will leave central and Eastern Europe in the lurch. In their own way, Czechia, Hungary, and Bulgaria already are preparing to accommodate themselves to some sort of a neo-Soviet situation. Romania, having failed to convince Bulgaria and Turkey to at least make a show of a NATO military presence in the Black Sea, may well take the same road (via a firmer arrangement with the Russians regarding Moldova). Poland and the Baltic States, as they watch NATO fail to construct a meaningful Article 5-related military capability, could try to draw the US and UK into a focused security pact, but otherwise will have to fend for themselves the best they can.

For the Balkans, the acceleration of transatlantic dysfunction will shake the stability of the latest of the security caps the various systems sharing the title “the West” have imposed on the region since 1878. The pattern since then has been that each time the international umbrella over the Balkans collapses, the locals fight to secure advantages they seek to maintain once a new combination of international actors intervenes to reorder things.

This time, the Russians will not need stunts like their seizure of the Pristina airport in 1999 to place themselves at the center of international decision-making. At the same time, Putin will lack the advantages Stalin and the Red Army had in 1945, and will have to decide bow deeply he wants to become enmeshed in the various disputes protagonists will bring to him for resolution. Moscow may find it was a lot simpler when all it had to do was meddle in the region while the US and Europeans were confident enough in their creation myths to attempt to impose their coercive utopia. Still, Russia has come a long way in a short time, (albeit not to the extent China has). Whatever the new US President does at home, so far it is not clear he intends to contest that development.

*David B. Kanin is an adjunct professor of international relations at Johns Hopkins University and a former senior intelligence analyst for the Central Intelligence Agency (CIA).

The views expressed in this article do not necessarily reflect those of TransConflict.

Home » The Balkans And The Latest Twists In Transatlantic Decline – OpEd