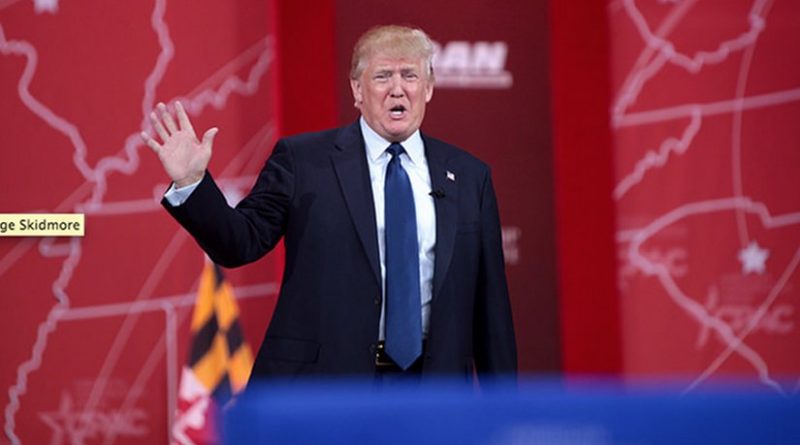 So much has been written over the past week on what Donald Trump’s election means for the world economy. Most of it is speculative and based on election-campaign populist rhetoric, not on an understanding of the actual direction US policy might follow after his installation. So, further speculation on the President elect’s more outrageous prognostications will bear little fruit. But while –in the words of another iconoclastic US politician, Donald Rumsfeld– there are always ‘known unknowns’, there are nevertheless some ‘known knowns’ in key areas such as trade policy.

The US must assume that trade policy under a Trump Administration, unless it goes completely against recent trends, will be more protectionist, both by inclination and by design, than in the previous decade. But we need a sense of perspective here. This does not imply a return to 1930s style protectionism. There will be enough smart people around him, from both the business and trade policy communities, to ensure that such a course of action –one that would bring the world economy down– is not on the cards. It should take little time to educate Trump in the basics of economic history and trade theory in order to stanch the possibility of a self-induced meltdown of the global trade system.

But this does not mean that hawkish trade deals will not be pursued by the US. The style and agenda will be very different from those that have driven the two attempts to secure trans-Pacific and trans-Atlantic mega-regional deals over the last few years. One clue as to style will be who Trump chooses to appoint as United States Trade Representative (USTR). A protectionist or indeed a libertarian would not augur well for the world trading system. And while we must expect explicit bilateral deals to become the order of the day, this will not be as great a break with the past as might at first sight appear. It is not well understood that most US FTA negotiations are effectively bilateral negotiations anyway.

Bilateral deals are the preferred US modus operandi. And, contrary to populist opinion, they invariably turn out to be asymmetrical in favour of the US. They also tend to be about many things other than simply trade –such as geo-political relationships–. This has been explicitly so since 9/11 and has certainly been the case with the TPP, where the US was in effect in bilateral dialogue with the other 11 partners in pursuit of a deal that was as much about facilitating corporate investment and Obama’s geo-strategic ‘pivot’ to Asia as it was further liberalise trade. But the TPP is effectively dead. The Administration has suspended efforts to win Congressional approval before President Obama leaves office, saying its fate is now in the hands of the Trump Administration.

Trump said nothing negative about TTIP during the campaign. But it too is to all intents and purposes dead, at least in its current form. This turn of events is as much if not more a reflection of the European political distemper as it is of the US one; although Europe’s leaders are reluctant to read the last rites on TTIP just yet. Trans-Atlantic trade conversations will of course continue; they never really stop in such an important relationship. Much of the activity is organic and evolves independently of government intervention. But the conversation with Europe will be a second-order economic priority for the new Administration for several reasons: (1) we can anticipate that a complex, fractious domestic political and economic agenda will preoccupy the new President; (2) similarly, trade will not be the greatest priority in a bulging foreign-policy agenda; and (3), more encouragingly, the trans-Atlantic trade and financial relationship (especially investment) functions well. It is so important to both parties that little will be done that might destabilise it.

Future trans-Atlantic trade talks (I avoid the more formal ‘negotiations’) will see what can be salvaged from TTIP. The big question, especially in Brussels, is whether the UK really will go to the ‘front of the queue’ for any deal. Certainly, Brussels’ immediate invitation to the President elect, spooked by his pre-election campaign rhetoric, suggests this might be the case. What putting Britain at the front of the queue means, though, is not self-evident. Trump’s appeal to Theresa May to be ‘… his Maggie Thatcher to his Reagan’ is toe-curling but revealing. It is more about politics than trade. Moreover, the UK’s ability to make bilateral trade deals will be constrained until it is out of the EU. Any deal could more symbolic than of added practical value to what is already a strong and fairly open economic relationship. Further, Trump has bigger fish to fry in the trade domain.

The immediate big-ticket issues on the trade agenda will be: (1) the future of NAFTA; and (2) the relationship with Asia-Pacific in general and China in particular. Will Trump dismantle NAFTA? Unlikely. Completed and functioning trade relationships are very difficult to undo once in place without disrupting other crucial elements of the policy process. NAFTA is now in its 22nd year. Its future is as much a political issue as a trade issue; it cannot be separated from the sensitive issues of immigration and the Mexican Wall. In addition, Canada’s interests, voice and influence will not be marginal to this conversation. Token modification of NAFTA is likely but termination less so.

Above all, the trade relationship with China will be the most difficult and sensitive issue on the trade agenda. It will also be the issue that casts the widest policy shadows over US geo-economic strategy more generally. The prospect of a ‘trade war’ with China and the introduction of 45% tariffs on Chinese imports, with all its attendant negative –indeed, potentially cataclysmic– consequences should however be remote.

By contrast, the evolution of a ‘hardball’ US trade strategy towards China is extremely likely. Indeed, there is a good historical precedent. If one looks back to the similarly febrile relationship that existed with Japan when it was running massive trade surpluses with the US in the 1980s, the latter implemented (controversial) countermeasures. Notable was the introduction of the ‘Super 301’ clause of the 1988 Omnibus Trade and Competitiveness Act. This clause imposed selective trade sanctions on countries exhibiting market-distorting practices –in this case Japan–. Japan was also ‘encouraged’ to engage in the self-imposition of Voluntary Export Restraints (VERs) in the face of potential US quotas and the Plaza Accords also ensured the strengthening of the Yen. It would come as no surprise to see this kind of escalatory ‘hardball’ trade policy developed by the US towards Chinese trade and the Renminbi; although demands to strengthen the Renminbi against the dollar are something that, for other reasons, would not presently distress the Chinese.

But the interesting question is whether we should expect the Chinese to be as supine in their response to US pressure now as were the Japanese in the 1980s. Moreover, efforts to limit imports from China would be constrained anyway by a recent WTO ruling against ‘targeted dumping’ tariffs on Chinese goods. The real issue with China now, unlike with Japan then, is not simply a massive US bilateral trade deficit –which seems to be how Trump has viewed it to date–. There is also a battle for influence over the future shape and control of the Asia-Pacific regional economic and political orders.

The failure of TPP will undermine the US’s ‘re-balancing’ or ‘pivot’ strategy of recent years. TPP’s non-ratification would hand intellectual leadership over the regional economic institution-building agenda in East Asia to the Chinese. Its interests rather than those of the US are likely to prevail. The proposed Comprehensive Economic Partnership (RCEP), its proposed Free Trade Area for the Asia Pacific (FTAAP) and the South-East Asia-China Corridor of China’s One-Belt One-Road Strategy (OBOR) will all receive major boosts from the demise of TPP. Regional opinion from North-East Asia through ASEAN across to Australia and New Zealand is of the view that walking away from TPP will mean a big hit for the US’s credibility and standing in the region.

It is bizarre and tragic that the debate over the benefits of an open liberal trading system needs to be reconvened at the present time. In some ways, the global public and private sector policy communities have only themselves to blame for this. They all too easily assumed that the virtues of globalisation were self-evident rather than that they needed constant explanation to the wider community. They assumed that globalisation’s victims would sort themselves out rather than follow the siren call of anti-globalisation. This gave oxygen to the populist discourse developed by Donald Trump. The future of the global trade regime depends on educating Trump and his supporters that free trade is an opportunity, not a risk, and that the WTO, while no longer a multilateral trade negotiating forum, is still the best place to secure the norms of an open liberal trade system and to regulate and resolve the disputes that inhabit the trade system.