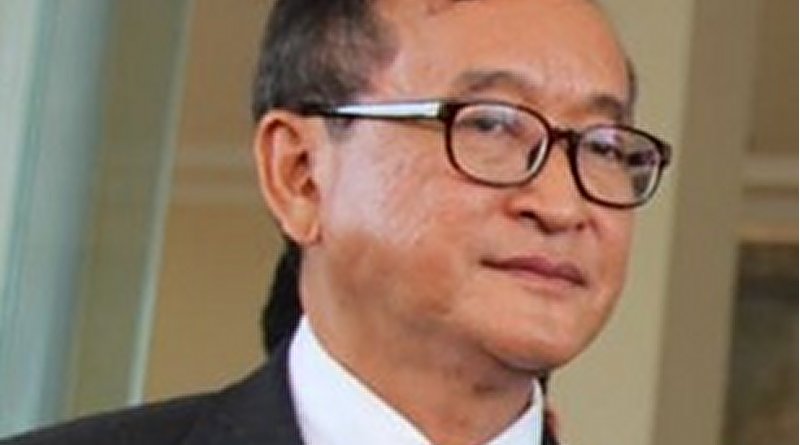 It’s Friday morning and a group of Cambodians have gathered out the front of Prey Sar prison on the outskirts of Phnom Penh.

Some of them are supporters of the former opposition party Cambodian National Rescue Party (CNRP). Others are family members of people who are locked up inside one of Cambodia’s most notorious detention centers.

All of them appear cheerful and in good spirits. After Prime Minister Hun Sen announced the day before that over 70 CNRP activists would be released on bail, they know that their friends and loved ones could be released at any moment.

In Cambodia the political mood is slowly but surely changing. After the arrival of opposition leader Sam Rainsy in nearby Malaysia and the lifting of the house arrest of Rainsy’s political partner Kem Sokha, who was detained for two years on accusations of treason, Hun Sen asked the courts to free CNRP activists from prison.

They had been arrested over the past several weeks on accusations of plotting to overthrow the government.

“For those who got an arrest warrant, please remove it. And for those who were already arrested, I ask the Ministry of Justice to please work with the prosecutor and the court to have them released on bail,” Hun Sen said in a speech Nov. 14.

That same day the first prisoners were released.

“I haven’t done anything wrong. I should never have been arrested,” Lay told UCA News as he walked away from Prey Sar, a prison that’s expected to release 27 political activists.

Lay said that the court should drop all the charges against him and others.

But currently that’s not part of the Prime Minister’s plan.

The activists may be free to go back to their families, but the charges haven’t been dropped which makes it easy for the authorities to arrest them again.

“I don’t want the court to monitor my activities,” Lay said. “I want to do more activities to contribute to the society. We all have only one life, we should do something good for our nation while we live it.”

The releases come at a time that Cambodia is facing strong international pressure.

The Cambodian government, which rules the country as a one-party state, received a report from the European Union on Nov. 12 about the possible withdraw of Cambodia from the Everything But Arms (EBA) trade scheme that poor countries can use to export products tariff-free to EU countries.

Due to systematic human rights and labor rights violations, the EU has been threatening to withdraw Cambodia from EBA for over a year.

Now the EU has given Hun Sen’s government just one month to make the necessary improvements. If the government fails to do so, it’s likely that Cambodia will lose its trade preferences.

The economic impact could be devastating, especially to the country’s multibillion-dollar garment industry.

Although the EU-report is confidential, Cecilia Malmström, the commissioner of trade for the European Commission, made no secret of the EU’s point of view.

“We are very concerned about the human rights situation there,” Malmström said on Twitter.

“The Cambodians now have one month to respond, and we will make our final decision in February next year,” she said.

Phil Robertson, the deputy Asia director of Human Rights Watch, said that the EU currently has a great deal of leverage.

“They should use it. They should make the most of it, and not sell it short,” he said. “If the EU stands strong, then they should demand amendments of laws that are politically abusive.”

In Kampong Thom, a province in central Cambodia, Sun Bunthon was one of the prisoners who was released after Hun Sen’s announcement. The 50-year-old had served as a commune council member for the CNRP. He was arrested after he showed support to Sam Rainsy’s plan to return to Cambodia.

“I’m sure it was the pressure from the EU. Without that we may not have been released yet,” Bunthon told UCA News by phone.

Elsewhere in the country Kem Sokha also received news from the court. After he was released from house arrest on Nov. 10, his daughter announced on Nov. 15 that a judge has closed investigations into her father’s controversial case.

“The next step is either the prosecutor drops the charges, or takes the case to trial,” Kem Monovithya said on Twitter.

Sokha was arrested over two years ago on charges of treason. His arrest was enough for the Supreme Court to dissolve the CNRP and to ban 118 of the party’s members from political activities for five years. Because of limited evidence to back up the accusation, and the widespread belief that the charges were politically motivated, the case is widely criticized by human rights groups and Western countries.

Earlier this week the U.S. ambassador to Cambodia, Patrick Murphy, used a meeting with Kem Sokha as an opportunity to call for freedom for the opposition leader.

The move to free Sokha from his house arrest is a step forward for Cambodia, Murphy said in front of Sokha’s house.

“However, our advice as a friend of the Kingdom of Cambodia is that the authorities find a way to restore Mr. Kem Sokha’s liberties and freedom, and to drop the charges against him,” Murphy said.

Phil Robertson also called for a drop of all the charges, against Kem Sokha as well as against the activists now released on bail.

“It’s important to recognize that these people have been arrested on manufactured charges. They were using their rights to give their opinions,” Robertson said.

“What Hun Sen should really do is ask the court to drop the charges and have them released unconditionally. Bailing them out is an indication that they can be sent to prison again,” he said. “This government is now making half steps. That should not be sufficient.”

In Kampong Thom, Sun Bunthon realizes all too well that he isn’t on safe ground just yet. It’s why the former CNRP official prefers to stay away from politics as much as possible.

“I’m already banned from doing political activities. I’m afraid to be sent back to prison, so I won’t do anything at the moment until I’m completely free,” he said.