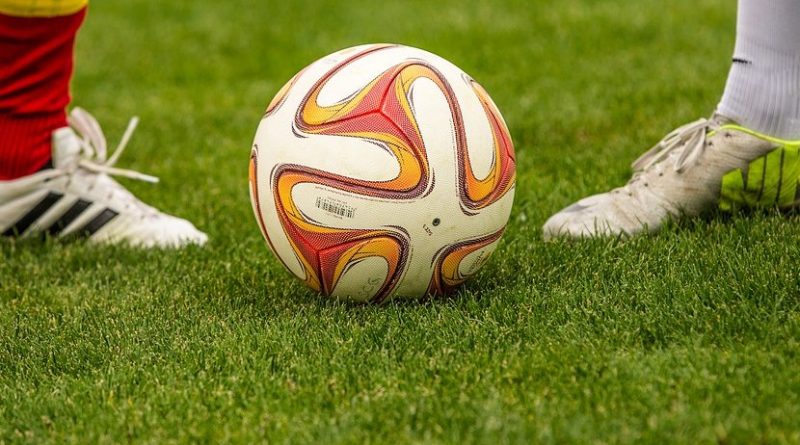 Kosovo says it will put on a show for England’s players and fans when they visit on Sunday, in a gesture of solidarity with a country forever associated in Kosovar minds with their fight for independence.

When the 2018 World Cup semi-finalists touch down in this tiny Balkan country ahead of their final qualifying match for Euro 2020, they can expect a rapturous reception.

For Kosovo, this match, more than all the others in the three years since the country began competing on the international stage, means more than simply the hope of qualifying for the first time for a major tournament, a hope dashed on Thursday night by the Czech Republic.

While Sterling and Co were met with monkey chants and Nazi salutes from the terraces in Sofia, Bulgaria, last month, they face being feted as heroes by the home fans in Kosovo on Sunday, where Britain remains revered for its role in 11 weeks of NATO air strikes that drove out Serbian forces two decades ago and for its work in cementing Kosovo statehood since the territory declared independence in 2008.

Kosovo’s ultras, known as Dardanet, say they are preparing to lay on a show, rejecting the racism that England’s players have met on previous trips to the Balkans and which Kosovo says it too endured as a province of Serbia, when ethnic Albanians faced systematic discrimination.

“We as a fan group have worked on this campaign for over two months now for the game against England,” said Dardanet leader Luli Berisha.

“Our main focus was to show the players and the visiting fans a gesture of thanks for all they have done for both our country and our sporting entities over the years through our traditional sense of hospitality.”

“It’s a brilliant gesture of solidarity,” Albanian author Gazmend Kapllani said of the welcome banners. “Albanians have often been the target of racist slurs and scorn.”

England clinched qualification on Thursday night at home against Montenegro, running away 7-0 winners. Kosovo, however, lost out on the second qualifying spot with a 2-1 defeat to the Czech Republic in Plzen.

Kosovo still has a chance of going through, however, via the UEFA Nations League playoffs in March next year, which will decide the last four places in Euro 2020.

“We are disappointed that we lost, because we did a great job during the group stage,” said Pallo Gegaj, a Kosovo native studying in Prague and who went to the game in Plzen. “At least we have still another chance for Euro 2020; I hope we’ll reach our goal.”

“The worst part was when the Czech fans started to scream, ‘Kosovo is Serbia,’ outside of the stadium,” he told BIRN. “The Czech security tried to even prevent us from watching the match by telling us our tickets were unavailable.”

Tickets have proved a problem for the England game, too.

Pristina’s Fadil Vokrri stadium can hold only 13,500 fans; on Tuesday night, when tickets went on sale, the online ticketing site tiks.app crashed repeatedly. The vendor blamed cyberattacks but this has yet to be confirmed. Some tickets have surfaced on the black market, selling for hundreds of euros, reports say.

The two teams last met in September in the coastal city of Southampton, when Kosovo’s players burst out of the starting blocks and scored in the first minute of the match.

“We saw how Kosovo played away against England, and I don’t think that England expected that level of intensity and creativity. It could go both ways for Kosovo,” said Hekuran Haxhija, who was born in Pristina, moved to London with his family as a baby and is now back in the city as a university student.

England responded to Valon Berisha’s goal in vengeful fashion, hammering home five before the half-time whistle. Kosovo, however, did not give up, pulling two back in the second half to finish the game with a respectable 5-3 loss.

While both Montenegro and Bulgaria have faced punishment from UEFA for racist abuse of England players, Kosovo says it wants to set an example to its Balkan peers.

“I feel that the players and fans of England will be surprised at just how inclusive and supportive we are of other nations and cultures,” said Haxhija.

Manchester City’s Sterling, who has emerged as unofficial spokesman for England’s anti-racism campaign, did not feature in Thursday’s Montenegro match after he was dropped by manager Gareth Southgate over an altercation with international teammate Joe Gomez of Liverpool in the wake of City’s 3-1 defeat at Anfield. But Southgate said he would have no hesitation over selecting the forward for the Kosovo game.

Pristina media outlet Gazeta Blic has produced a ‘welcome video’ for England featuring celebrities, police officers and fans speaking out against racism. Agim Ademi, president of Kosovo’s Football Federation, told BIRN there would be room only for “feasts and celebrations.”

“Kosovars are very hospitable, and scenes like in Bulgaria will not occur in Pristina, I can assure you that!” said travelling England fan Julian Chetwynd, who worked in Kosovo in 2017 as a football coach.

“I think it will be a very good and intense game and I hope Kosovo can reach the elimination stages of the Euro 2020; that would be a huge achievement and a well deserved one.”