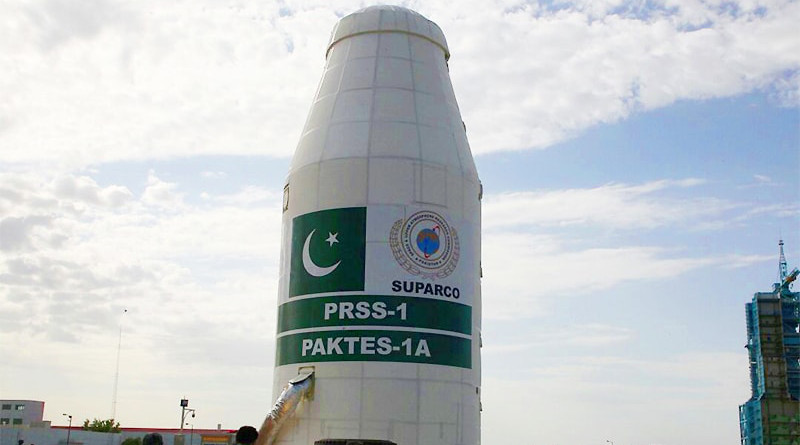 In the current nuclear age, improvements in surveillance and situational awareness technologies have revolutionized the emerging scenarios of conflicts. The advances in remote sensing systems and the adoption of unmanned automated systems have made the early warning systems more relevant. In a way, it has increased the visibility of the adversary’s actions. This has resulted in the extension of the decision making time during a crisis. Even though the emerging situational awareness technologies provide a better understanding of a conflict to the decision-makers, the use of such capabilities can also complicate crisis management by introducing new escalatory risks.

In South Asia, India has been enhancing its Intelligence, Surveillance, and Reconnaissance (ISR) based surveillance and strategic situational awareness capabilities. This has become considerably significant if analyzed in the context of India’s evolved strategic posture. Resultantly, along with the increase in the existing gap vis-à-vis Pakistan’s ISR capabilities, the strategic balance of the region is more likely to get disturbed. This would ultimately increase the risks of strategic instability in the region.

In recent years, India has acquired advanced ISR capabilities in multiple domains; air, sea, land, space, and cyber. India also enjoys a conventional superiority vis-à-vis Pakistan with the provision of more sophisticated and advanced space-based ISR assets. These include; spy satellite RISAAT-II launched in 2009, and communication satellites GSAT-7 launched in 2013 and GSAT-6 launched in 2015. These satellite systems are aimed at providing ISR based information about Pakistan’s military deployment and dispositions. Similarly, India’s battlefield surveillance radars (BFSRs) can detect targets such as heavy combat vehicles, creeping men, and low flying helicopters. In addition to these, India has indigenously developed weapon locating radars (WLR) to detect the range and location of Pakistan’s artillery at the border. Another significant capability in this regard is the acquisition of an Airborne Early Warning and Control Systems (AEW&CS). These are equipped with 240-degree coverage radar aimed at detecting missiles, UAVs, and aircrafts at a safe distance of 200km. Furthermore, India has developed highly sophisticated UAVs such as the Heron-TP drone in collaboration with Israel. This drone can be used for both tactical and strategic missions. These developments indicate that India has been continuously enhancing its ISR capabilities.

It is notably important to discuss that the situational awareness capabilities can be classified into; predictive, preemptive, and actions enabling categories. The early information based on the perceived military advantage can incentivize a military action. The predictive technologies can provide information about the adversary’s deployment of the weapon system, movement of forces, and the intent to take military action through early-warning satellites. The preemptive nature of the situational awareness technologies not only predicts adversary’s actions, but it also encourages disruptive response to the adversary’s plans or actions as preemption. The action enabling situational awareness technologies can facilitate new military options. In short, the preemptive or predictive capabilities provide information or insight into the adversary’s forces while the action enabling capabilities intrinsically enables military action. In South Asia, India has already acquired these technologies which would likely encourage the Indian decision-makers to take quick military decisions both at the strategic and tactical levels. Given the vulnerability of the region, such military options can escalate a limited crisis into a full-blown conflict or turn conventional engagement into a nuclear conflict. This would likely serve as one of the most destabilizing factors for the strategic stability of the region.

For years now, India has been working for a counterforce preemption strategy against Pakistan which requires robust ISR capabilities. These capabilities would provide India with quantifiable and discernable data which would further allow it the liberty to take offensive military actions. This might embolden India to create hype about its self-proclaimed notions of ‘preemptive first strikes’. Pakistan on the other hand has been following an approach of least possible countermeasures based to deal with the Indian threats. In this regard, Pakistan has indigenously developed UAVs in the year 2009 called Falco drones. Subsequently two remote sensing satellites PRSS-1 and PAKTES-1 were launched by Pakistan in 2018.

Currently, Pakistan also has the indigenous developed C4ISR based system including AEWACs systems. The increasing gap vis-à-vis India’s ISR capabilities further would provoke Pakistan to increase its inventory of highly sophisticated AWACS for air, spy satellites, maritime, and ground surveillance, and reconnaissance. However, Pakistan needs to optimally utilize the available resources along with smart acquisitions and tactically sound strategies. The evolved dynamics of sophisticated situational awareness technologies in South Asia would likely undermine the deterrence equilibrium in the region that has been primarily ensured by Pakistan’s nuclear capability.

Hence, India’s offensive military strategies and the development of surveillance and situational awareness capabilities would further add to the volatility of the South Asian region. The prevailing environment of surveillance and situational awareness landscape of the region suggests relooking at the risks and challenges of these emerging technologies, especially when employed between two nuclear-armed states.

Moreover, with digital weaponry becoming the future of warfare, Pakistan needs to take measures to enhance its situational awareness capabilities and overcome this evolved Indian threat to its security. Otherwise, the Indian advancement in surveillance and situational awareness technologies would likely create a strategic imbalance in South Asia. This would have devastating implications for regional peace, security, and stability.