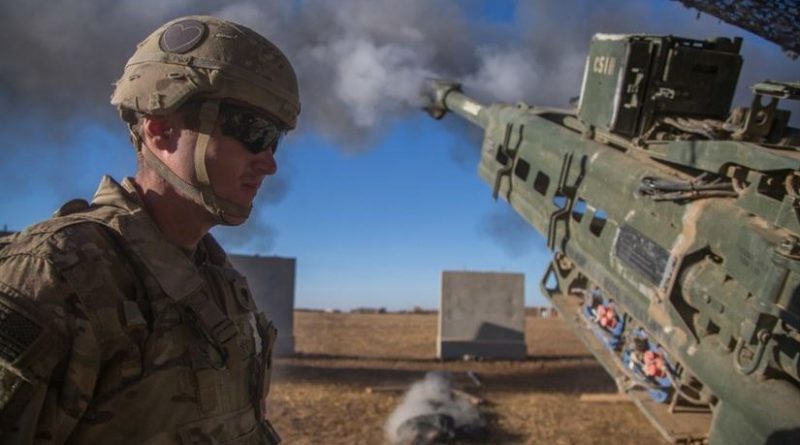 The period between the division of Poland between Nazi and Soviet forces in September 1939 and Germany’s attack on the Low Countries and then France in May 1940 is known as “the phony war,” a period when most of the countries of Europe went about their business as usual even though other countries were being attacked.

Ukrainian commentator Vitaly Portnikov argues that the world has once again entered a “phony war” period, one in which countries like Iraq and Ukraine are being attacked by dictators but in which most of Europe is at peace and assumes that it can express its concern about such things without having to take any additional action (graniru.org/opinion/portnikov/m.257480.html).

Looking back at 1939-1940, it is difficult to imagine that the countries living at a time of phony war could consider themselves safe from the conflagration that soon spread to them. But it is perhaps easier to understand, the commentator suggests, given the futile gestures and lack of real action now in such countries in the face of naked aggression and crimes against humanity.

Turning off the lights of the Eiffel Tower to show sympathy for the residents of Aleppo being destroyed by the force of Asad and Putin is symbolic of this situation, Portnikov suggests. It shows that people care enough to take symbolic actions but not to do anything that might prevent the evils from spreading.

In this situation, the tower is dark but people can be certain that their champagne will be properly chilled, a reflection of cynicism that is hardly confined to or even most clearly manifest in France. Not only is it time to identify the sources of this cynicism but it is time to fight it before another and broader kind of fight becomes unavoidable.

The fact that some dictators can act with impunity, Portnikov argues, “is the chief result of the Western policy of complacency in recent years.” Indeed, one can properly say that it is “the essential feature of the foreign policy achievements of the Barack Obama administration.” After all, if the US isn’t willing to act, why should the French or anyone else?

That achievement has allowed for the appearance of three “totally new rules” governing the international system. First of all, if a country has nuclear arms, then its regime can destroy any number of people because we do not want a third world war.” Second, the only tool is economic sanctions which won’t last too long lest they hurt those imposing them.

And third, the civilized world is quite ready to teach others the rules it says it believes in but it will “allow itself to elegantly back away from these values if they involve the lives of others or immediate interests.” In the future, Portnikov suggests, encyclopedias will refer to these new principles as “’the Obama rules.’”

Under such circumstances, no one should be surprised that ever fewer people “trust professional politicians and ever more trust instead storytellers who simply tell them what they want to hear.” After all, they can see that their supposed leaders are only concerned about the modalities of reaching agreements with those committing the worst crimes.

At present, Portnikov continues, “the Western world is overfilled with gentlemen-Chamberlains to the point that even the cautious Angela Merkel, who is trying simply to maintain good sense looks epically heroic and the last hope. And that is correct, becaue our last hope as always in times of collective slaughter really becomes the hope for good sense.”