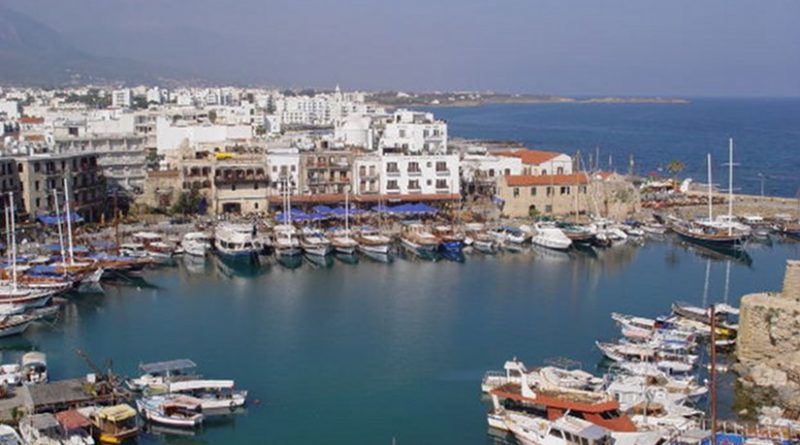 The discovery of vast reserves of liquefied natural gas (LNG) off the coasts of Israel and Cyprus was bound to bring equally vast consequences in its train. Among the least anticipated, perhaps, has been the creation of a new geopolitical entity in the eastern Mediterranean – a tripartite alliance that promises to bring both stability to the region, and the prospect of enormous technological, economic and environmental advances.

“We, Alexis Tsipras, prime minister of the Hellenic Republic, Nikos Anastasiades, president of the Republic of Cyprus, and Benjamin Netanyahu, prime minister of the State of Israel, having met in Thessaloniki today, 15th June 2017, have agreed to continue strengthening the cooperation among our three countries in order to promote a trilateral partnership in various fields of common interest and to continue working together towards promoting peace, stability, security and prosperity in the eastern Mediterranean and the wider region.”

Those are the opening words of a 2,700-word joint declaration issued after a tripartite meeting between the political leaders of Greece Cyprus and Israel. It was the culmination of years of cooperation, driven forward by the LNG discoveries in Israeli and Cypriot waters.

Under the UN Convention on the Law of the Sea (UNCLOS), a state is allowed to claim for economic use waters extending 200 nautical miles from its coast. When another country lies less than 400 nautical miles away (as Cyprus does in relation to Lebanon and Israel), governments are expected to negotiate a mutually acceptable line.

Back in 2007, Cyprus and Lebanon agreed on a maritime border that reaches south to a spot designated as Point 1. Three years later Cyprus negotiated a maritime halfway point with Israel that begins at Point 1 and stretches further south, thus establishing what is known as an Exclusive Economic Zone (EEZ) for Israel and safeguarding its rights to its oil and underwater gas reserves. The two countries agreed to cooperate in the development of any cross-border resources discovered, and to negotiate an agreement on dividing joint resources.

Despite both Lebanon and Turkey disputing the validity of this Israel-Cyprus agreement, cooperation between the two countries has flourished. It has led to the first-ever visit of an Israeli prime minister to Cyprus, and to subsequent meetings between Israeli and Cypriot ministers. In 2014 the two countries, as one aspect of their cooperation, agreed to hold joint military exercises.

This past year has seen an intensification of this collaboration. In March Israel participated in a three-day joint military exercise with Cyprus, in the course of which the Israeli Air Force tested Cypriot air defences. In June, more than 500 elite Israeli commandos, supported by attack helicopters and fighter jets, held a three-day intensive drill on Cyprus. The first of its kind, it was described by senior Israel Defense Force (IDF) officers as one of the largest exercises by the commandos on foreign soil.

Then November saw the first-ever trilateral defense summit between Israel, Cyprus and neighboring Greece. The defence ministers of the three countries met in Athens to discuss strengthening their collaboration in the interest of promoting security, stability and peace in the eastern Mediterranean. Cypriot defence minister Christoforos Fokaides said: “Cyprus, Greece and Israel defend in this volatile and fragile region not just their common interests, but also the interests of Europe and, I would say, those of the international community in general.”

Ten days later three Israeli missile ships and a naval helicopter participated in the Hellenic Navy’s autumn war games. The main aim was to provide training in how to deal with modern maritime threats while conducting evacuations of civilian populations.

This exercise, according to the IDF, is to be followed up by an extensive military drill to be held in Cyprus, involving air and ground forces from both countries. The exercise, part of the ongoing cooperation between the IDF and the Cypriot military, was pre-planned as part of Israel’s 2017 training programme, and is intended to maintain the competence and readiness of the forces.

The growing military collaboration between Israel, Cyprus and Greece, is founded on the ambitious joint declaration signed in June by their political leaders, which envisaged the three-nation cooperation extending across a broad spectrum of areas including energy, economic activity, telecommunications, the environment and their shared underwater cultural heritage.

The declaration gave strong support to the establishment of what has been designated “the East-Med Pipeline”, namely another gas corridor, directly linking gas findings in the Cyprus and Israeli EEZs with the European markets. Far from establishing an exclusive three-nation club, the political leaders emphasised that they were ready to welcome other like-minded countries to join in promoting coordination and cooperation, regional peace and stability. A first step in that direction was the establishment of a quadri-lateral working group (Greece, Cyprus, Israel, and Italy) aimed at closely monitoring and supporting the EastMed project as an export route for natural gas from the Eastern Mediterranean to Europe.

In their joint declaration, the political leaders agreed to develop and strengthen collaboration in the manufacturing and commercial sectors, emphasising their intention to promote cooperation in technological and industrial research among research organizations in the three countries. In the field of telecommunication technologies, they agreed to cooperate in electronic technology, telecommunications and electromagnetic compatibility, with special interest given to cooperation in satellite manufacturing, earth remote sensing satellites and communication satellites. The countries also agreed to encourage the space technology sector and to support new cable interconnections among the three countries by way of Fiber Optic Undersea Cable.
They gave special prominence to protecting the environment, with special focus on the common challenges faced by their three countries, namely protection of the marine environment, water and wastewater management, and adaptation to the impact of climate change.

Partly from self-interest, but surely more from a concern for the common good, Greece, Cyprus and Israel have forged a working partnership with enormous potential for enhancing the prospects and life-chances of all who live in the eastern Mediterranean. Speaking at the defence ministers’ summit, Israel’s Avigdor Liberman said: “Greece, Cyprus, and Israel share common values as democratic countries and face similar security challenges. The cooperation is intensifying every day on many levels, based on the understanding that we must take our fate into our own hands.”