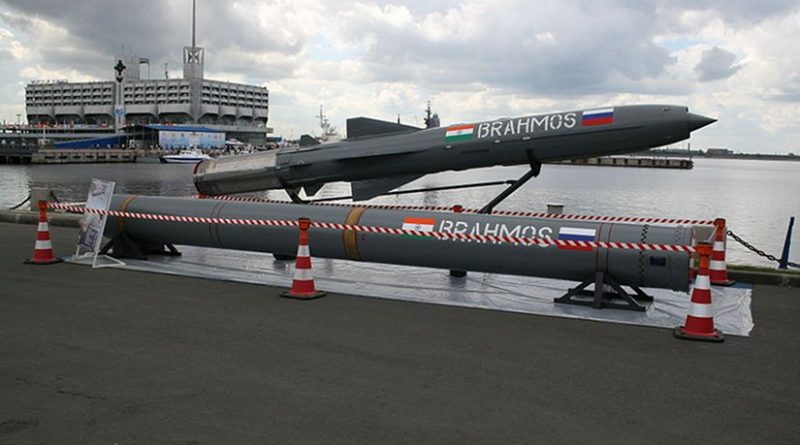 A BrahMos cruise missile. Photo by One half 3544, Wikipedia Commons.

The 21st century offers a world where security and threats are interacting in a complex environment. Today we are part of a system where due to rapid technological change the lethality of weapon system is increasing in an increasingly ambiguous environment. States with nuclear weapons especially choose ambiguity for enhancing their national security vis-à-vis their enemies.

In human history there is no comparison with the lethality and destructiveness which the nuclear weapons are capable of inflicting. Hiroshima and Nagasaki are not only examples but lessons for the rest of the world about the power of destructiveness of nuclear weapons. Thus, these weapons must be handled with great cautions as their primary role in words of Bernard Brodie is to avert a war not fight a war. The ability of nuclear weapons to avert a war creates deterrence, which is the ability to dissuade an enemy to take any action because of the threat of massive retaliation if deterrence ever fails. Fortunately so far deterrence has not failed but to maintain it states have to ensure that they have the credible capability to use it against adversaries. To maintain deterrence credibility the states are in a continuous process of developing or changing their weaponry for instance after the development of Ballistic Missile Shields states are now developing cruise missiles which have the ability to penetrate the radars of missile shields.

Thus, with its capability to carry nuclear warheads BrahMos is ideal counter force weaponry. So far, India has not officially accepted that BrahMos is tipped with nuclear warhead, when it will be used in submarines and ships which are causing ambiguity in already volatile South Asian strategic stability.

Other than BrahMos India also has subsonic cruise missile ‘Nirbhay’ which is long range and is under the process of development by Defence Research and Development Organization. It is also capable of carrying conventional and nuclear warheads. Moreover, it can be launched from multiple platforms.

So far, Pakistan has two types of cruise missiles one is Ra’ad and second is Babur both missiles are subsonic cruise missiles. Sea variant of Babur-3 is especially made by Pakistan to extend its deterrence against threats originating from Indian Ocean due to Indian naval nuclearization.

Owning to unresolved disputes, border skirmishes, arms race and lack of mutual will to negotiate issues, probability of achieving strategic stability is nearly impossible. However, to avoid full scale war or limited conflict, reliance on deterrence stability is a necessity to avoid catastrophic effects of nuclear exchange in South Asia.

Moreover, current trajectories of bilateral relationship between India and Pakistan and resultant arms race show that missile technology will be further explored by both countries to achieve national security objectives. But there is a need for new CBMs which should be signed between both countries regarding exchange of information before test of cruise missiles as well. It is true that technological developments have the capacity to affect state of deterrence and cruise missile with hypersonic or supersonic speeds and ability to carry conventional and nuclear warheads are significant developments that can affect the deterrence stability.

Situation becomes more critical if states rely on ambiguity in such situation for instance BrahMos is nuclear capable and will be deployed on Indian Submarines and ships but Pakistan as adversary will not know that whether enemy ship or submarine possess strategic weapons and in case of clash, if such vessel gets attacked, under the parameters of its nuclear doctrine of 2003 India will retaliate massively.

Thus, in the light of new technological developments it is need of the hour that both states especially go for new nuclear CBMs to avoid any nuclear catastrophe and to maintain nuclear deterrence. As for South Asia, nuclear deterrence is not a myth but a reality which is keeping both nuclear powers at bay despite hitting the lows in bilateral relations because history is the witness that before establishment of deterrence both India and Pakistan have fought three full fledge wars in almost four decades.