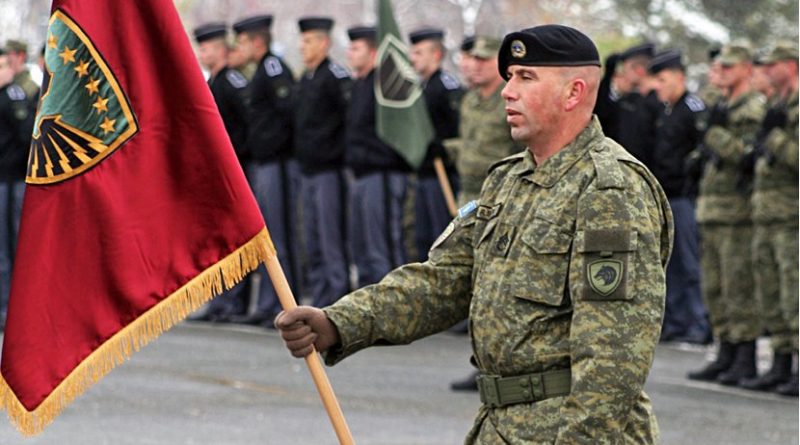 There never is a time not to worry in the Balkans. The next conflict always seems to be peering around the corner with a malicious enthusiasm, eager to spring at points of demagogic advantage and personal suffering. The centrepieces of future disaster in the region tend to be Kosovo and Bosnia. The former is now intent on formalising military arrangements, thereby fashioning a spear that will be able to be driven deep through the heart of Serbian pride.

On Friday, the Assembly of Kosovo passed three draft laws with overwhelming numbers that it would form an army. (Serbian lawmakers boycotted the session.) The current Kosovo Security Force of 3,000 lightly armed personnel is to become somewhat more formidable: 5,000 active troops backed by 3,000 reservists in the next decade. This move was brazenly chest beating in nature, an assertion that security, as provided by the 4,000 NATO troops forming KFOR (the Kosovo Force), was inadequate and, more to the point, to be bypassed altogether.

It also came as a calculated assault, timed to bruise Serbians in Kosovo – numbering some 120,000 – and politicians in Belgrade, suggesting a marked change from negotiations some three months prior. Then, it seemed that a land swap offer was in the making, one that would have reflected the relevant though tense ethnic composition in the region: the Preševo Valley in southern Serbia, predominantly Albanian, would join Kosovo; Serbia would re-establish dominion over the majority ethnic-Serb area of Kosovo to the north of the River Ibar.

Things subsequently soured. Kosovo had already agreed to raise a 100 percent tariff on imports from Serbia, a move that is economically insensible but parochially clear. Prime Minister Ramush Haradinaj justified the action by blaming Belgrade’s efforts to foil his bid in admitting Kosovo to Interpol. Aggression from Belgrade was cited on all fronts: from the seething Deputy Prime Minister Enver Hoxhaj; from the foreign ministry (“abusive” lobbying by Serbia was cited); and from the prime minister himself.

To have such an army will be another feather in the cap of Kosovo’s aims to consolidate its sovereign credentials and sever the umbilical cord with Belgrade. The danger here, as ever, is how the ethnic Serbs, backed by their indignant patrons, will respond. Haradinaj’s caper here is to claim that the forces will be “multi-ethnic, in service of its own citizens, in function of peace, alongside other regional armies, including the Serbian Army, in having partnership for peace.” His officials also insist on a modest role for the new army, one dedicated to “search and rescue operations, explosive ordnance disposal, fire fighting and hazardous material disposal.” Nothing, in short, to have kittens over.

The region is already suffering a form of legal schizophrenia, one designed by the legal and security arrangements more befitting an asylum than a functioning state. Countries in Europe facing their own separatist dilemmas have been steadfast in not recognising Kosovo. Unsurprisingly, Spain is foremost amongst them. In January, the Spanish foreign ministry expressed the view that Kosovo be kept out of any plans for Western Balkans enlargement. “The concept of ‘WB6’ does not fit the enlargement dynamic. Kosovo is not part of the enlargement process and has its own differentiated framework.”

In reality, the Kosovar Albanians know they can count on much support within European ranks: the appetite for protecting Serbian interests was long lost during the Balkan Wars of the 1990s. Lauded defenders became demonised butchers. Kosovo assumed the form of a pet project, one to be nurtured by Western European and US interests under the fictional tent of humanitarianism. Invariably, Serbia sought support from Russia and China, both of whom steadfastly rejected the 2008 declaration of independence from Serbia.

For Serbian president Aleksandar Vučić, speaking in Trstenik on Thursday, “Kosovo and Metohija is to us great torment, especially because of Pristina’s move and the announcement of the formation of an army, which is neither based on law nor on Resolution 1244.” Serbia’s foreign minister, Ivica Daičić deemed the formation of any such army “the most direct threat to peace and stability in the region.”

Such instances are open invitations to violence. The Kosovo authorities are keen to wave the red flag; Serbian authorities risk running at it with frothing intensity. There is also a fear that this move has received conventional prodding, this time from the United States. “Everything Pristina is doing,” according to Vučić, “it is obviously doing with the support of the United States. They have no right under international legal document to form armed formations; to us, that’s illegal, and we will inform the public about further steps.”

The assertion is not without foundation. United Nations Security Council Resolution 1244 (1999) is clear that the guarantor of security in the region be KFOR. “Hence,” goes a statement from a spokesman for the UN Secretary General, “any restriction to the discharge by KFOR of its security responsibilities would be inconsistent with that resolution.” But the bad behaviour of small entities such as Kosovo often takes place at the behest of greater powers, and US ambassador to Kosovo Philip Kosnett has openly stated that it was “only natural for Kosovo as a sovereign, independent country to have a self-defence capability.”

Lieutenant Colonel Sylejman Cakaj, who had cut his milk teeth on fighting Serbia as a commander of the Kosovo Liberation Army (KLA) in 1999, seemed to have drunk a juice heavy with political overtones. “We are all seeing a geo-strategic changes in the world, towards the creation of a somewhat new world order. I believe it is necessary that following the consolidation of its statehood, Kosovo has its army too… the one that we are entitled to as representatives of the people, to be in control of our country.” The shudder amongst ethnic Serbs at such remarks is palpable, and the fear here is whether Belgrade will catch a terrible cold.

While patriotic foolishness should never be discounted in any factor in the region, the Kosovo Albanians have been emboldened. The wait-and-see game about whether Serbian forces are deployed to protect Kosovar Serbs is afoot. As former Serbian military commander Nebojša Jović warned with thick ominousness, “What they [the Kosovo Albanians] should know from our history is that there was never a ‘small war’ in these territories. Every time there was a conflict in Serbia, Kosovo and Metohija, it turned into a war on a bigger scale and none of us here want this.”

Home » The Kosovo Blunder: Moves Towards A Standing Army – OpEd

ARC Power, a British Startup, is currently helping Rwanda, a member of the Southern African Development Community (SADC), with Solar