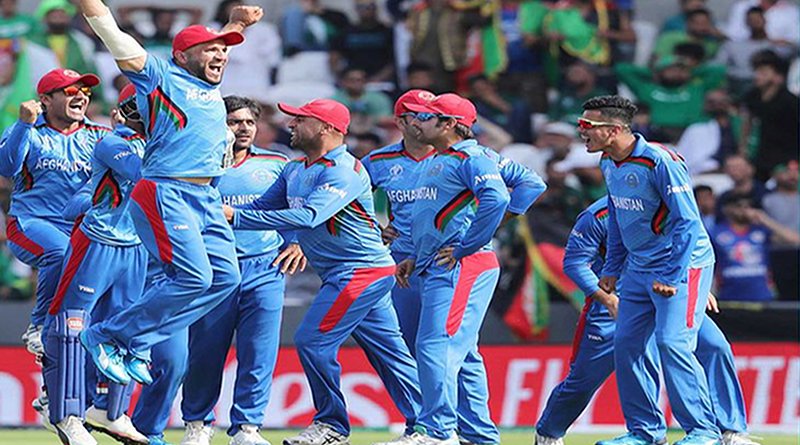 The Afghanistan cricket team is one of the fast-growing and a youngest sides, with remarkable achievements both on local and international cricketing platforms. The sprint in their improvement has resulted in the team grab the attention of big firms to undertake its sponsorship and invest in the team, which is presumed to be lost due to the internal discrepancies among the players and political interference in Afghanistan Cricket Board (ACB).

Ever since the abrupt replacement of the national cricket team captain Asghar Afghan with Gulbadeen Naib just a few days before the ODI World-Cup 2019, which took place in England, the trend line of the team’s graph has been descending drastically, the team has been consecutively losing the matches. Despite having world-class spin bowlers and experienced batting order, the team still cannot manage to make it to the victory.

During the ODI World Cup the Afghan team did not win a single match, but prior to the World Cup tournament they defeated Pakistan’s team in a warm-up match nonetheless, due to which people’s expectations from the team were increased, and every Afghan was eagerly waiting for the next adventure — unfortunately, the blue side was not able to perform as per the Afghans’ desires.

Before the World Cup tournament, an Indian renowned firm called Amul Diary undertook the sponsorship of the team, in a press conference the Executive of the firm expressed that the Afghan national team was a fresh and a fast-growing side and they were of the belief that the team would perform well in the tournament, which was, unfortunately, vise versa.

After the poor performance of the team in the ODI World Cup due to the harsh backlash of the Afghan supporters, the chairman of the ACB and the team’s captain were replaced. Rashid Khan was appointed as the captain of the team for all the three formats. Fans welcomed the decisions, thinking that it would bring positive outcomes to the team, but the changes turned the team from bad to worse, and paved a way for a blatant political interference, ultimately the President of Afghanistan Dr. Ashraf Ghani appointed a special supervisory committee that could take part in the important decisions of the ACB.

In a recently held tournament between Afghanistan and West Indies teams, which were being sponsored by the Afghan companies i.e. Azizi Bank and Kardan University, the Afghan team under the newly appointed skipper and the chairman unluckily lost the test and ODI tournaments, but they were able to win the T20 tournament nevertheless.

On December 12, 2019, the ACB all of a sudden re-appointed Asghar Afghan as the captain of the blue squad for all the three formats, which resulted in the team facing severe reactions from the Afghan people, many went on to social media and expressed disagreements with the decision taken by the board. This happened after the former captain Gulbadeen Naib’s live video on Facebook expressing his sharp backlash against the board’s decision on re-appointing the former captain Asghar Afghan as the new captain of the blue team. “I will not play for the team as long as Asghar is the captain,” said Naib.

Political interference has resulted in the Afghan team being divided into groups presumably leading the team to the fate of Zimbabwe (which was ostracized and sanctioned by the ICC because of the political involvement). This will harm trust of the companies in undertaking sponsorship of the blue team, ultimately the ACB will lose its marketing position in the minds of investing firms. Therefore, it is necessary for the ACB to ignore or clean up the mutual disagreements among the players and keep the team away from political influences.