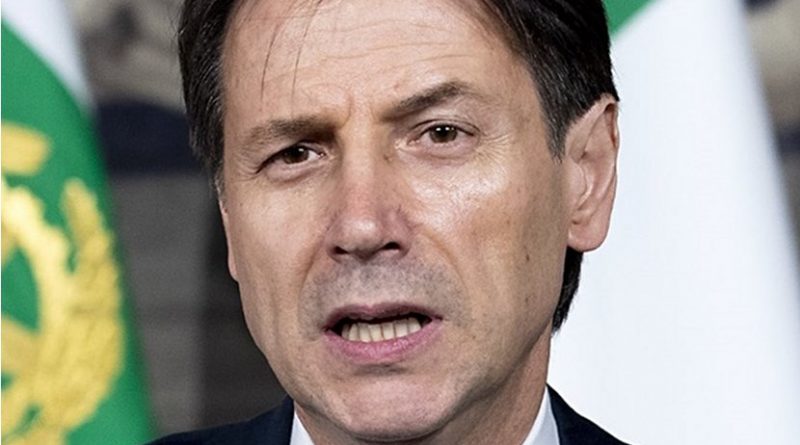 (EurActiv) — Italy’s prime minister Giuseppe Conte claimed victory on Friday (13 December), after changing the wording of the Euro summit’s conclusion postponing a final agreement on the reform of the eurozone bailout fund.

During the euro summit discussion, Italy’s Prime Minister tried to push through the country’s position on the reform of the European Stability Mechanism (ESM).

The topic aroused a great deal of interest in Italy, as the ruling parties are split and the opposition has tried to use this stalemate for political gain.

On Wednesday, the Italian parliament mandated the government to conclude a deal on the ESM only as part of a ‘package’ of reforms that also includes the Banking Union.

“If we are talking about a reform of the European Monetary Union (EMU) with three components, it is rightful to assess the package as a whole,” said Conte at a post-summit press conference.

However, as the discussion on the other elements such as the European deposit insurance scheme (EDIS) could take a long time, the ‘package’ approach will consist in putting the ESM dossier on hold, slowing down reform of the Economic and Monetary Union.

Conte asked and obtained amendments to the wording of the Euro summit’s conclusions from ‘finalise the technical work’ on the ESM with ‘continue to technical work.”

Italy’s government considered the addition a great achievement, as it leaves room to work on some contested aspects like collective action bonds (CACs) and the terms of reference.

“As the negotiations progress, we will see how they are configured and we reserve the right to evaluate the overall picture before signing anything,” said Conte.

Asked at his arrival when member states will sign the final agreement on the ESM, the President of the Eurogroup Mário Centeno said that very minor issues are still pending and that he expects to conclude the whole process early next year.

“The eurozone bailout fund, the European Stability Mechanism (ESM) is a quite balanced approach to make all our debts safer, working as a firewall against contagious crisis,” he said.

“I respect Centeno’s expectations, but obviously then the member states will sign the agreement,” he told reporters.

“Let’s wait before giving a date,” he concluded.

“It’s an excellent question,” he smiled, adding that member states had made important progress by having a political collective agreement on the most important principles of the ESM.

He said that further work is needed at the level of the ministers in other to implement the EDIS and the budget for convergence and competitiveness (BICC).

“Is it easy [to find an agreement? No, if it was, we would have an agreement and it’s not yet the case,” he said. “But we have to work and this meeting today was, in my opinion important.”

Conte also announced that Italy will table new proposals on the Banking Union reform, particularly on EDIS at the beginning of 2020.

The reform of the ESM is dominating the political debate in Italy, causing tensions with the opposition and within the ruling majority.

The right-wing Lega organised a petition to stop the approval of the eurozone bailout fund and, according to party leader Matteo Salvini, roughly 400,000 signatures were collected last weekend.

However, some video reporting showed that petitioners were not completely aware of what they were signing, and  Economy Minister Roberto Gualtieri complained that Lega has built up, what he called a ‘terrorist campaign’.

“There is no other country where the debate on the ESM is taking place as transparently as in Italy, where it is also discussed during TV talks,” Conte told reporters after the first day of the summit.