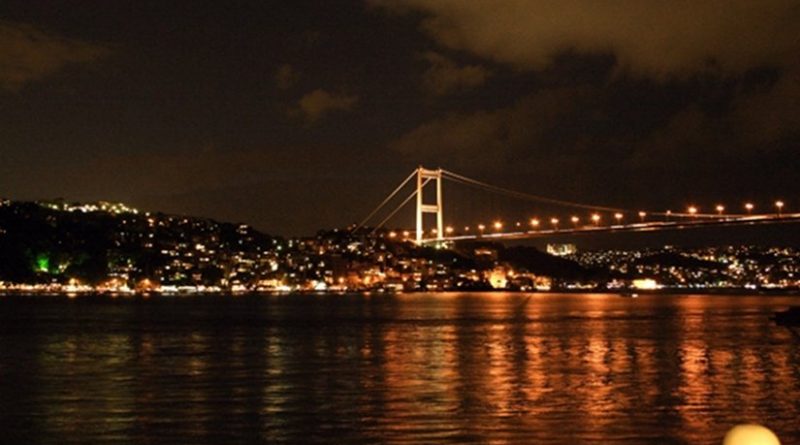 After Turkish President Recep Tayyip Erdogan’s speech at the United Nations General Assembly (UNGA) on September criticising India’s move on Article 370 in Jammu and Kashmir (J&K), Indian Prime Minister (PM) Narendra Modi is said to have cancelled his two-day trip to Ankara. However, the Ministry of External Affairs (MEA) has denied the ‘cancellation’ and held that since the visit was never finalised hence the word cancellation does not feature.

On 29 June 2019, PM Modi tweeted that he had a Productive meeting with President  and said that ‘India considers Turkey a valued friend, with whom our relations are time tested’. At the sidelines of G20 meeting, the two leaders had positive interactions on strengthening the bilateral relationship. Bilateral trade between India and Turkey stood at $8 billion in 2017-2018, which is not bad considering the target the two countries have fixed in $10 billion turnaround to be achieved by 2020. Trade volumes between India and Turkey have steadily increased since 2015 and shows that the relationship between the two countries has been in an upswing mode. However, challenges such as Turkey’s support to Pakistan remain as hindrances.

Turkey’s support to Pakistan on the Kashmir issue has been an obstacle between India and Turkey, given the tensed situation between New Delhi and Islamabad. During his speech at the 2019, UN General Assembly speech, President Erdogan Erdoğan highlights global injustice, urges world to take action in UNGA speech, including on Kashmir. He said that the Kashmir issue has not got enough international attention and should be resolved through dialogue on the basis of justice, equity, and not through collision. He has been trying to be the mediator between India and Pakistan in resolving the Kashmir issue. New Delhi has turned down his offers. On the Kashmir issue, India has maintained its position that the Kashmir issue is a bilateral issue and would not want any third party’s intervention. After the abrogation of Article 30, Pakistan’s or any other third country’s interference on Kashmir will be interference on the internal matters of India which under the United Nation’s law is illegal.

Apart from the Kashmir issue, Ankara’s insistence, like that of Beijing’s, on Pakistan’s membership in the Nuclear Suppliers Group (NSG) and their support along with Malaysia in not blacklisting Islamabad by the Financial Action Task Force (FATF) for its support in financing terror activities does not bode well with India.

The moot question to ponder is about the rationale behind Turkey’s support to Pakistan, despite the evidences of the latter’s state-sponsored terrorist activities. Interestingly, the annual trade volume between Ankara and Islamabad is also low in comparison to that between Turkey and India’s. Pakistan-Turkey trade drops due to protective duties. The trade volume between the two countries in 2018 stood at $1.08 billion to $792 million after the imposition of protective duty on textile by Turkey.

Is religious brotherhood stronger than friendship? The aspect of religion between Ankara and Islamabad cannot be discounted. Recently, Ankara, Islamabad and Kuala Lumpur agreed upon launching a television channel dedicated to confronting Islamophobia and removing ‘misperceptions’ about Islam. After the 2016 coup against the Turkish president, the Turkish government had asked the countries, including India and Pakistan, to close down the schools run by Muhammed Fethullah Gulen, the accused Islamic leader and hand over to Turkey. India has declined this demand, whereas Pakistan is in the process of transferring these schools to Ankara.

Pakistan has been offering Turkey to join the China Pakistan Economic Corridor (CPEC). If it works out than Turkey can become a major hub for CPEC as well as for Belt and Road Initiative (BRI). Turkey provides access to Black Sea, Mediterranean Sea and the Aegean Sea. Ankara is focusing on developing ports in these three areas. Already China, Pakistan’s all-weather friend, is investing in Turkey’s Kumport Terminal which is located in Marmara Sea region, a key transit point to enter Europe. The Mersin port is well connected which again provides opportunity for the BRI and in future to CPEC. There are other ports in Turkey, though underdeveloped, that has the capability to be strategic in future. Turkey, which at present is undergoing a rough phase with its relationship with the West, including with the US, gives Pakistan an opportunity to deepen the cooperation strategically.  The recent downgrading of relationship between Ankara and the West has made the NATO member look east. After its unsuccessful attempts to become a member of the European Union (EU), Turkey has begun directing its focus towards Asia and the multilateral organisations associated with it. Apart from BRI, Anakra is interested in the membership of the Shanghai Cooperation Organisation (SCO). The US’ tensed relationship with Turkey, China and Pakistan, each of which share a good and strong mutual relationship with each other, has helped in creating a nexus between them. How far this nexus between these countries is conducive for India remains to be seen.

Close defence cooperation between Turkey and Pakistan is another factor that hinders the cooperation between New Delhi and Ankara. Recently, India and Turkey agreed that Turkey’s Anadolu Shipyard will build five 45,000 tone fleet support ships for India. However, it stood cancelled because of India’s security concerns. The Turkish engineers and workers who would be helping India would be able to access the Hindustan Shipyard Limited (HSL), which is located close to the Ship Building Centre, where India’s nuclear armed submarines are built and the Eastern Naval Command’s headquarters are situated. With the Turkish shipyards being major supplier of warships to the Pakistani Navy, India would be prudent, more with the prevailing tensions between the two countries.

The way Turkey’s support to Pakistan is not well accepted by India, likewise, India’s non-recognition of Northern-Cyprus is an issue between New Delhi and Ankara. India has always supported Greek-Cyprus’s independence, sovereignty, territorial integrity and unity of Cyprus. It recognises the Greek-Cyprus as the legitimate government of the island. Pakistan’s position is contrary to that of India’s. Moreover, New Delhi has good relations with Armenia and Greece, the two countries with whom Ankara has tensed bilateral relationships because of historical problems.

Despite India considering Turkey as a valued friend, with whom New Delhi’s relations are time tested issues as Ankara’s support to Pakistan and New Delhi’s to Cyprus (the Greek side) creates mistrust between India and Turkey.  The Kashmir and Cyprus issue between the two countries have continued to feature and will in future. However, the two leaders have been able to side step these issues and have worked towards strengthening the bilateral relationship.

In this rapid changing geopolitical landscape, relationships will become complicated. Countries supporting each other on ideology mostly on religion would not be wise.  In today’s time, religion which is being used to achieve political and national interests is nothing but dangerous. It will be important for India and Turkey to address the fundamental issues through serious and genuine dialogues at every level. It will also be prudent in Ankara’s part to not bring up the Kashmir issue as it is an integral part of India.

Disclaimer: The views are that of the authors and not of the Council.

Home » India And Turkey Relationship: Valued And Time-Tested Or Overshadowed By The Pakistan Factor? – Analysis