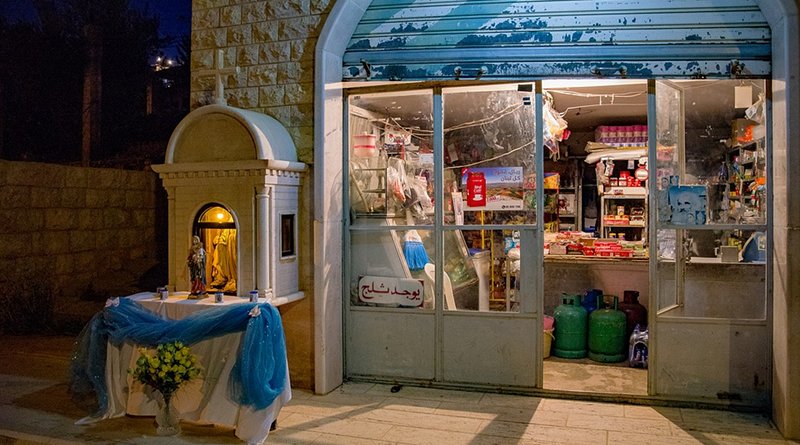 As anti-government protests continue in Lebanon, the country’s economic crisis is worsening. Banks have imposed restrictions on withdrawals and transfers, the currency has been devalued and many people are losing jobs. Financial despair has driven at least three Lebanese to commit suicide.

A growing number of Christians are contemplating emigration, just as happened during Lebanon’s civil war (1975-1990), when thousands of Lebanese Christians left for the West. Maronite Patriarch Cardinal Bechara Rai said Dec. 6: “Some embassies, which I will not name now, are facilitating the issue of emigration, as if it is a second war to empty Lebanon of its people and Christians.”

Aid to the Church in Need spoke about the situation in Lebanon with Melkite Archbishop Georges Bacouni of Beirut. He said:

“We are living like in an earthquake. We’re facing enormous economic problems, including a failing banking system. Since the protests began, many more people have lost their jobs, and now some are getting only half of their salary. This has a huge impact on families.

“NGOs from around the world have been taking care of the Syrian refugees in Lebanon, and this is appreciated. Now, with the new situation, will they consider helping the Lebanese people as well?

“Because of the economic crisis, Christians are facing the question of emigration, of looking for a better way of life. There’s a risk of losing the young generation: they don’t want to stay in Lebanon. There are too many question marks about the country’s future.

“The Church in Lebanon is going to face hard times as it has to care for more and more needy people. Church institutions—schools, universities and hospitals—are already experiencing serious difficulties. People cannot afford to pay tuition or medical bills. We don’t want to make difficult decisions like closing schools.  Historically, Catholic schools in Lebanon have served Muslim and Druze students as well. Like Catholic universities, they are places of coexistence where young people can experience the culture of living together.

“For the first time I see Lebanese from many confessions, many religions, united and trying to put sectarianism aside.  It’s beautiful. However, Church leaders have urged the demonstrators to carry out all their movements peacefully.

“The Church supports the people who are asking for an end to corruption, to have ministers who are experts in their domains and who would take measures to stop all forms of corruption. We hope a new government will be formed soon.

“Throughout this ordeal, Jesus is with us and He will not leave us. We pray and hope to soon see the light at the end of this dark tunnel.”

*Doreen Abi Raad writes for Aid to the Church in Need, an international Catholic charity under the guidance of the Holy See, providing assistance to the suffering and persecuted Church in more than 140 countries.