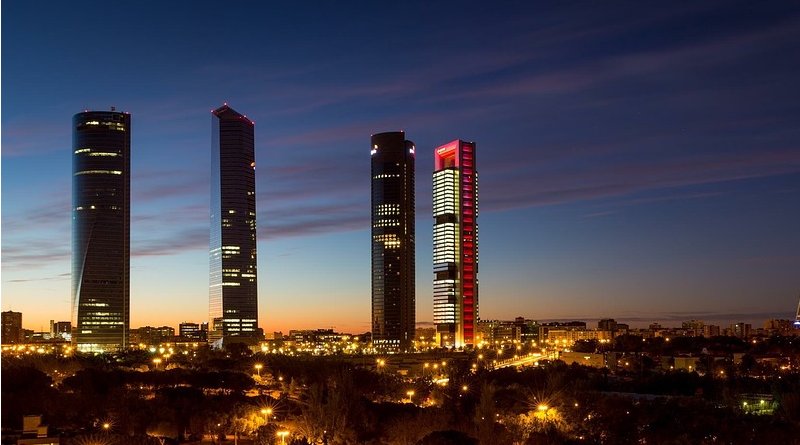 As has become the norm for multilateral talks of late, but specially climate change talks, the COP25 Climate Change summit in Madrid stretched 48 hours beyond its scheduled timeline in the face of a complete failure of the participants to come to even a rudimentary agreement, let alone one to put back on track global efforts to start battling climate change in a serious, coordinated and sustainable manner.

The expectations for the Madrid meeting, organized by the United Nations Framework Convention on Climate Change (UNFCCC) — the UN organization charged with battling climate change — were not high despite the warnings delivered by climate-change activists and some leaders that the time to hesitate or take half-hearted steps had run out and that Madrid needed to come up with extremely ambitious commitments by all nations to cut their carbon missions even more rapidly than what they had agreed to at the Paris meeting in December 2015.

Not that any of the delegates from any country’s delegation needed to be delivered those warnings. Nature has been very effectively driving home the message about the serious damage that climate change can bring to any country and in any form. No part of the world remains unscathed from damage caused by wildfires, soaring temperatures, melting snows, retreating glaciers, rising seas and the increasing ferocity of floods. The havoc wreaked by climate change now causes annual damage of more than $300 billion, in addition to thousands of deaths, most of which could have been mitigated if not entirely avoided had action to fight climate change begun in earnest.

Thus, the task was clearly set out in front of the negotiators from about 190 nations, in addition to international organizations, environment activists as well as media from around the world when they began the meeting in Madrid on Dec. 3. The negotiators had to agree not just to significantly enhance their ambitions to cut their national carbon emissions, but also to agree on the rules to monitor and govern the Paris Agreement of 2015. All of this had to be done within ten days of discussions.

Even before the Madrid meeting opened, there were signs of serious disagreements and differences between countries, especially some of the historically large emitters of carbon, about their responsibility and the burden that any additional commitments would impose on them. The US, which for more than 150 years had been the biggest polluter in the world before it was overtaken by China just a few years ago, had already given its notice of leaving the Paris Agreement. And within the first few days, many other nations, especially those representing small island states of the Pacific and Indian Ocean, began objecting to the presence of the US delegation, accusing them of derailing a climate change agreement in which they had no stake.

The EU took the higher moral ground. Its leaders committed to making the entire EU economy carbon neutral by the year 2050 and by significantly enhancing the speed of cutting carbon emissions between now and 2030, even though not all its members were on board.

In the dock were countries such as Australia, Canada, China, India and Brazil, which are also among the largest emitters of carbon in the world. While Canada and Australia were battling to protect their mining and oil interests, India raised the issue of developed nations trying to push poor and developing nations into accepting significantly more ambitious cuts in emissions, even at the cost of serious economic costs for the residents of poor countries and hence increasing the already unacceptably high inequality prevailing in the world.

As expected, finance emerged as the biggest stumbling block in Madrid. Developing countries have long accused the developed world of not fulfilling, even partially, their commitments to finance climate change technology under the Clean Development Mechanism (CDM) that had previously been agreed on. Thus, the developing nations wanted the new agreement and rules to account for the past missed targets and ensure that the rich countries honor their commitments to pay up.

Carbon trading is yet another highly controversial aspect of this part of the Paris Agreement. For nearly a decade, carbon markets have been in place but have proven to be highly ineffective in combatting rising emissions. Climate change is not a business; it cannot be tackled by putting an artificial price on emissions. Governments need to put in place rules to ensure that businesses cut their emissions instead of “buying credits” by planting trees in a remote country or by emitting on behalf of poorer countries that are anyway in no state to consume their quota. It is high time that humanity learnt that not everything can be bought or sold.

After a period of disagreements and failed diplomatic negotiations with Donald Trump’s administration, there is probably hope that the new

Calls For Mali And France To Investigate French Airstrike Killing 19