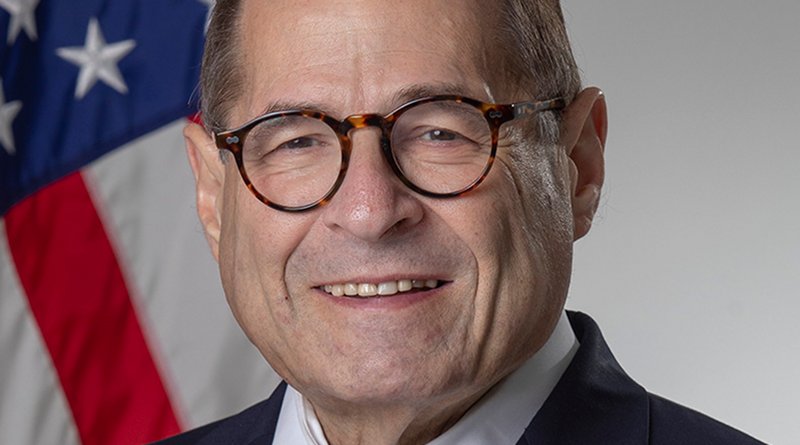 According to his listing on the legal firm Gibson Dunn’s web page, Michael Nadler is a member of the firm’s Litigation Department. Junior Nadler’s practice has mostly entailed representation of leading companies in the financial, health care, and technology sectors in all phases of civil litigation before both trial and appellate courts.

Inspector Bellingham explained that Tammany Hall, the New York Democratic political organization, is best known for its scandals, corruption, embezzlement, fraud, and rigged elections. He said that the young blacks, Jews and other minorities in post-civil war New York were recruited by the Tammany Hall bosses to “get out the vote’ for Democrats.  They were also used as “bagmen” for the party’s elites and for top administrators.

With all the details regarding former senator and vice president Joe Biden’s son Hunter Biden appearing in the news media,, one would think Michael Nadler and his dad would raise a few ‘red flags.’

In December Gibson Dunn announced that it was representing the Center for Reproductive Rights in its lawsuit against the Trump State Department concerning abortion language in Trump administration human rights reports.

Earlier this year, several law enforcement officers who support President Trump demanded a full investigation into the criminal actions of Democrat Jerry Nadler, who has been secretly and underhandedly paying a Russian agent a salary every month for the past 16 years. Democrats also falsely accuse Republicans of doing the dirty, criminal things that the Democrats are already doing, as a way to insulate themselves from their crimes.

Recently One American news began our investigation of congressman Jerry Nadler’s shady financial ties. We told you that we had discovered public disclosures that Nadler had been paying a foreign agent to the tune of $1,000 every month for 16 years through his campaign committee, even when there was no election going on.

That foreign agent, we later learned through disclosures, was Azra Friedlander. Why would Nadder have a foreign agent on payroll, and why would he be paying him so much money for all these years?

To learn more we dug into the archives of the Friedlander group. Last time we told you about Nadler’s ties to a Qatari oligarch. This time we’ll tell you about his ties to Putin’s Russia.

First, let’s explain what FARA is.

Foreign agents operating in the United States are required to register with the Department of Justice under the FARA Act.

The Foreign Agents Registration Act (FARA) is a United States law passed in 1938, requiring that agents representing the interests of foreign powers in a political, or quasi-political, capacity, disclose their relationship with the foreign government and information about related activities and finances.

The purpose is to facilitate evaluation by the government and the American people of the statements and activities of such persons.

As of 2007 the Justice Department reported their approximately 1700 lobbyists representing more than 100 countries before Congress, the White House and the Federal government.

Nadler’s foreign agent, this time, has been contracted by a Russian journalist with ties to Rossia Savonia, one of the Kremlin’s most important media outlets.

This agent was paid $50,000 for his service to the United States. All while also being paid by Nadler.

Officially, the agent and his group, TFG, have been hired by Irina Wyszynski, the wife of a Russian reporter jailed in Ukraine on charges of spreading Kremlin propaganda throughout the crimean situation and during the Ukraine coup.

Named in the payment section of the disclosure documents is Dmitry Kiselev, who is the head of Rossiya Savonia Roseus of Vodka and RT, which is Russia’s English-language outlet. Both share the same editor-in-chief.

Now, all of this begs several questions.

For now, Nadler’s office has denied meeting with the Russian government in this matter, yet we know that this information is correct because of the public disclosure documents filed by Nadler’s own campaign committee and Friedlander’s own FARA registration.

These serious questions do remain for Nadler to answer, regarding his own foreign ties.