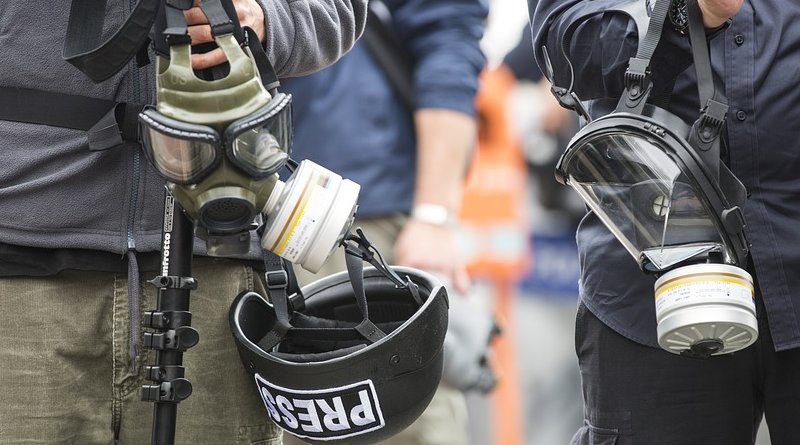 On Friday, December 12th, Glenn Greenwald at The Intercept reported and documented that the mainstream U.S. press has lied through its teeth about “Russiagate,” and Zero Hedge reported and documented that not only had the U.S., UK, and France, committed an international war-crime when they invaded Syria on 14 April 2018 firing 105 missiles against Damascus, but the U.N.-authorized agency OPCW that was supposed to investigate the U.S.-&-allied allegation which had been the alleged ‘justification’ for that invasion was instead lying through its teeth about what the evidence actually showed about it: that this invasion had been based upon U.S.-&-allied lies.

These lies by the U.S.-and-allied ‘news’-media are not exceptions to the rule; they are the rule whenever anything happens that is contrary to the self-justificatory ‘journalism’, or actually propaganda-line, of the U.S., and of its allied governments.

The lying that got these countries into invading Iraq on 20 March 2003, and into invading Libya in 2011, and into invading and occupying Syria in 2012 until now, are not simply ‘errors’, but are instead systematic and intentional on the part of the news-managements of all of the major U.S.-&-allied ‘news’-organizations, none of which will ‘rat’ on any others of them, because they all are in the same boat of liars, and for any one of them to expose the ‘journalistic’ fraudulence of any other of them would be to expose also themselves, because they’re all in the same racket: destroying democracy — making democracy in their own country an impossibility.

Why are there not consumer boycotts against each one of them? Could it be because they all are very successful in hiding from their respective publics their own criminality, their PR-gangland fascist operation?

Glenn Greenwald’s report was titled “The Inspector General’s Report on 2016 FBI Spying Reveals a Scandal of Historic Magnitude: Not Only for the FBI but Also the U.S. Media”.

Things like this don’t routinely happen in a democracy. They do happen routinely in the U.S.-&-allied countries.

Incidentally, Greenwald previously did a blockbuster news-report that’s closely related to the one he did on December 14th, and it was titled “The 10 Worst, Most Embarrassing U.S. Media Failures on the Trump-Russia Story”.

So: he has made this beat a particular specialty of his.

Anyone who subscribes to a major ‘news’-medium in the U.S.-and-allied countries is paying to be deceived.