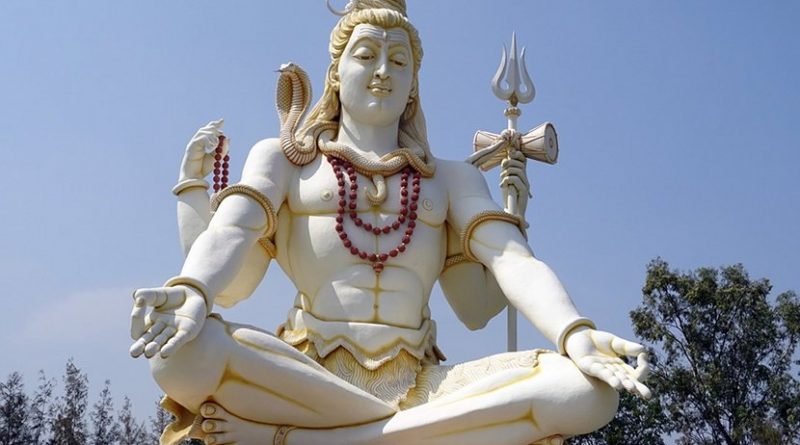 A Hindu statue of Lord Shiva in Bijapur, India.

Various Christian groups have also launched petitions on change.org, including the one signed by over 1.7 million, seeking its removal.

Hindu statesman Rajan Zed, in a statement in Nevada (USA), said that Lord Shiva was highly revered in Hinduism and seeing him unnecessarily dragged in this movie making fun of him was highly insensitive, and disrespectful and disturbing to the devotees.

Zed, who is President of Universal Society of Hinduism, pointed out that disparaging Lord Shiva about his arms, color, etc., was hurtful to the faithful; who worshipped him regularly in temples, home shrines, etc.

Rajan Zed stated that such trivialization of their revered deity was disturbing to the Hindus world over. Hindus were for free artistic expression and speech as much as anybody else if not more. But faith was something sacred and attempts at trivializing it hurt the followers.

Zed indicated that if not removing the film in its entirety, Netflix, respecting the Hindu sentiments, should at least remove the scenes where Lord Shiva was displayed.

Rajan Zed further said that Hindus welcomed Hollywood and other movie-makers to immerse in Hinduism, but taking it seriously and respectfully and not for refashioning Hinduism concepts and symbols and deities inappropriately for mercantile greed or other agendas. Hindus were fine with displaying Lord Shiva in the films, but the final product should be the true depiction of him as given in the scriptures and not a fantasized or a re-imagined version, Zed added.

Symbols of any faith, larger or smaller, should not be mishandled, Zed noted.

In Hinduism, Lord Shiva, along with Lord Brahma and Lord Vishnu, forms the great triad of Hindu deities.