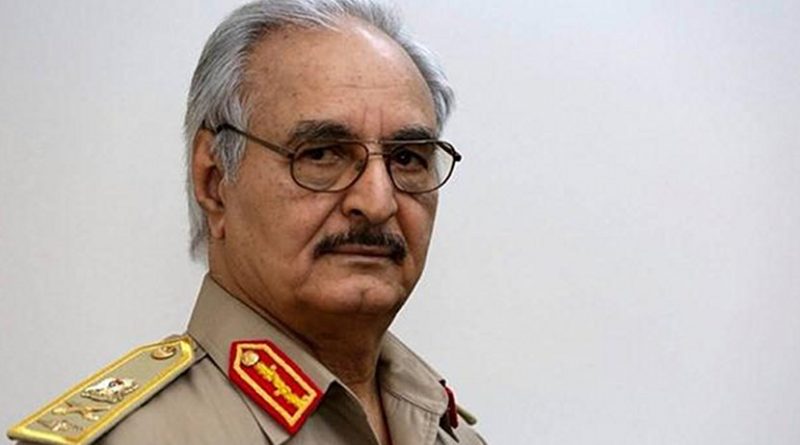 Renegade Libyan commander Khalifa Haftar will participate in an international conference in Berlin on the Libyan crisis this Sunday, according to a source privy to the matter.

The source who asked not to be named said on Thursday that “Haftar has received an official invitation from Germany to attend the Berlin conference and [he] will be traveling with Libyan jurist Aguila Saleh”.

Germany seeks to bring countries concerned with the Libyan issue at the Berlin conference in an attempt to reach a political solution to the conflict.

According to the UN, more than 1,000 people have been killed and more than 5,000 others injured since Haftar launched his campaign in April.

On Jan. 12, the internationally recognized government and Haftar accepted a cease-fire called by Turkey and Russia to end hostilities in Tripoli. However, Haftar left Moscow on Tuesday without signing the proposed deal.

Since the ouster of late leader Muammar Gaddafi in 2011, two seats of power have emerged in Libya: one in eastern Libya supported mainly by Egypt and the United Arab Emirates and the other in Tripoli, which enjoys UN and international recognition.