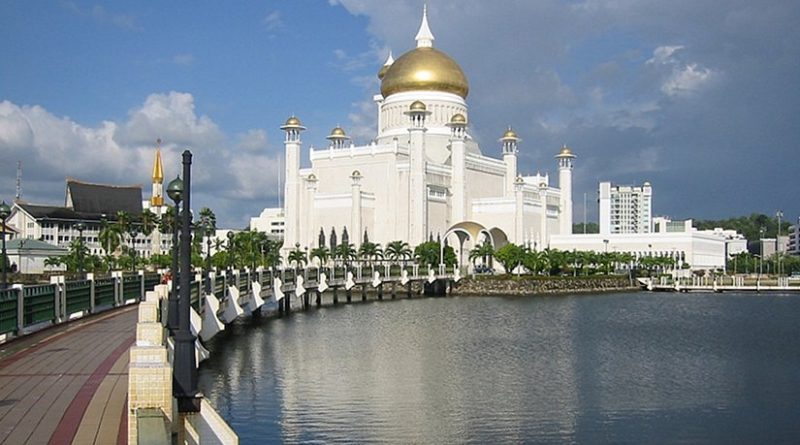 Can Brunei feed itself? Can Brunei’s Vision 2035 that was introduced in 2008 during the global food crisis stimulate its food and agricultural production?

ONE OF the aims of Brunei’s Vision 2035 is to improve the Sultanate’s rice self-sufficiency rate to at least 60 per cent by 2015. Since the country needs no less than 35,000 tonnes of rice per year, it needs to secure domestic production of no less than 21,000 tonnes a year by 2015. Unfortunately, five years since the launch of Vision 2035, its total production in 2013 reached only 5.3% (1,850 tonnes). Therefore, it is very unlikely for the country to achieve its 2015 target. Can it achieve its goal of reaching 60% rice self-sufficiency in the long run?

Vision 2035 was drafted and launched in the middle of the food crisis in 2007/2008 when some of the exporting countries shut down their exports which triggered a rush towards food self-sufficiency among some importing countries including the Brunei Sultanate. The objective is to reduce dependency on rice imports. Brunei still enjoys over 90% of export earnings from the oil and gas sector. However, the recent collapse of oil price – which reached its lowest point at the end of 2014 – may strongly justify the Sultanate’s statement in 2008: “The attitude of completely relying on dollars to fill stomachs is no longer relevant with the emergence of this crisis.”

For those who have been observing the trend in food production in ASEAN and Brunei in particular, the Sultanate’s Vision 2035 can be seen as a very bold statement without a clear route. However, with a land area eight times that of Singapore’s and with a total population less than a tenth of Singapore’s, there is a possibility of achieving a certain degree of food self-sufficiency.

There has been an indication lately of a marginal recovery of Brunei’s rice yield to slightly above one tonne per ha in 2013. The annual rice yields of Vietnam and Indonesia have reached subsequently above 5.5 and 6.2 tonnes per ha. By a modest account, Brunei still has the potential to increase its yield – learning from Central Kalimantan (Indonesia) where the rice yield can reach 2.8 to 3.2 tonnes per ha.

Under Vision 2035, the government has recently launched innovative agricultural initiatives. This means development of infrastructure, new land expansion, adoption of new rice hybrids, development hydroponics/aqua phonics technology, and improvement in post harvesting technology. By improving production infrastructure, adopting the best rice variety that can yield more than 3-4 tonnes per ha, Brunei’s policymakers seem to be content with the possibility that it can achieve 20% self-sufficiency rate very soon, at least on paper. In fact, the government has claimed that it has been implementing the plan to increase yield between 3.8-8.7 tonnes per ha.

The Vision 2035 strategic plan has been incorporated into the 10th Brunei National Development Plan (2012-2017). Pehin Dato Hj Yahya, the minister in charge of agriculture, recently announced the establishment of a modern rice-milling facility in August 2014 with annual production capacity of 5800 metric tonnes of rice. This is seen as progress, and in the right direction. In the event of a shortfall, the government will be supported by technology and expertise from Malaysia.

The extent to which this food self-sufficiency drive will be successful is, however, unclear. All remains to be seen in the next few years. The good news is that the optimism is still high as very recently the government proudly presented that its poultry industry has produced an output that is ‘near self-sufficiency’. In addition, some anecdotal data suggests that seafood products and tropical vegetables have reached 60-80% self-sufficiency. However, the pursuit of self-sufficiency in the livestock (e.g. beef and goats) and rice sectors may not be easy.

There seems to be no fiscal constraint to finance Brunei’s food and agriculture infrastructure. The challenge is how to make the rice-producing industry and livestock sector not only profitable to the local farmers but also sustainable by incentivising food production in Brunei in efficient and effective ways. Arguably, it would be more profitable and sustainable to have a modest self-sufficiency policy target between 25-50%. This can be pursued by introducing a high yielding rice variety, complemented by a strategy of diversifying the sources of food imports.