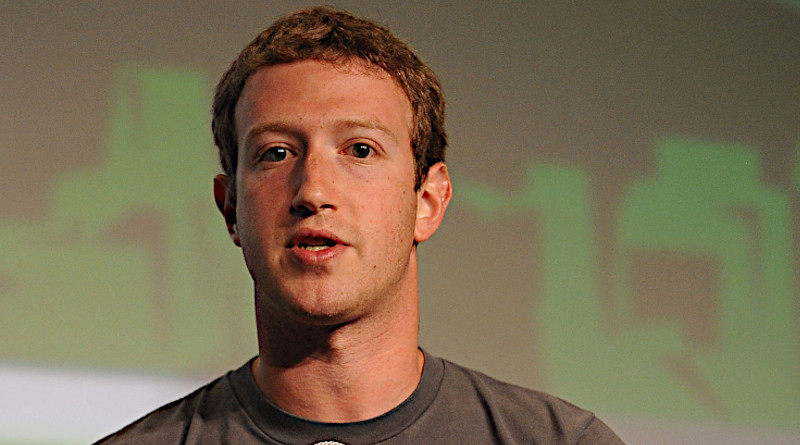 (EurActiv) — Facebook’s Mark Zuckerberg on Saturday (15 February) said harmful online content should be regulated, adding that his company should be subject to a regulatory framework that is different from those used for existing media and telecoms companies.

Speaking at the Munich Security Conference, Zuckerberg confirmed that the online network deletes around one million fake accounts per day.

Last year, around 50 networks of fake accounts were stopped, he said.

Facebook was used in the 2016 US Presidential Election campaign for propaganda campaigns that were orchestrated from Russia, according to the online network and Western intelligence agencies.

The Russian government has rejected the allegations.

With a few months to go until the 2020 US Presidential Elections in November and some 80 countries heading to the polls this year, the Facebook boss tried to dispel concerns about new manipulations.

“We learned our lesson from the 2016 election,” Zuckerberg told the Munich audience.

Asked about Facebook’s response to the threat, Zuckerberg admitted that the industry had reacted too slowly at the time and reaffirmed his position that internet companies need more regulation covering elections, content deletion and data protection.

“I do think that there should be regulation on harmful content … there’s a question about which framework you use for this,” Zuckerberg told the audience.

“Right now there are two frameworks that I think people have for existing industries – there’s newspapers and existing media, and then there’s the telco-type model, which is ‘the data just flows through you’, but you’re not going to hold a telco responsible if someone says something harmful on a phone line.”

“I actually think where we should be is somewhere in between,” he said.

The fight against disinformation campaigns and other manipulation attempts costs Facebook billions every year.

According to Zuckerberg, the budget for this year is higher than the turnover of the entire company when it went public in May 2012.

According to Zuckerberg, Facebook has identified a total of 50 disinformation campaigns since 2016, with two of the standing out specifically.

Facebook experts had discovered a network of fake Iranian accounts that had tried to influence the US elections, while a Russian network that sought to affect recent polls in Ukraine was also switched off.

In Munich, Zuckerberg presented himself as a fighter for democracy, which many observers saw as a sign of how much pressure the internet giant currently is under.

Facebook has recently warned against curtailing freedom of expression as the EU considers measures to clamp down on disinformation campaigns across online platforms.

The social media platform was also criticised for the fact that the online network decided to exclude statements made by politicians from its fact check program.

“It is important that the Internet remains a place where everyone can openly share their ideas,” Zuckerberg told the Munich audience.

The European Commission has revealed that the EU’s Democracy Action Plan, set to be released later this year, will establish measures in the “fight against disinformation” while also attempting to “ensure free and fair elections,” as well as addressing media sustainability.

Last year, the EU executive introduced a code of practice against disinformation, a voluntary framework aiming to stamp out the spread of fake news online, with signatories including Facebook, Google and Twitter.

On the eve of the Munich conference, Zuckerberg for the first time said he supports efforts to create a global digital tax that would ultimately raise the amount Facebook pays in Europe, in a move that may boost efforts to put a new tax in effect by the end of the year

In an effort to advance the global talks on digital tax, the OECD announced on Thursday (13 February) that new rules, including a minimum tax, could boost government revenues by as much as $100 billion.

Talks on tax reform have been running since 2016 and now involve representatives from almost 140 countries.

Facebook’s CEO is set to meet with several European leaders over the weekend in Munich and in Brussels where on Monday he will meet with top EU digital authorities before they present their plan to rein in US and Chinese tech giants on 19 February.

Vestager and Breton are set to announce proposals to create a single European data market aimed at challenging the dominance of US tech giants such as Facebook, Google and Amazon, according to a European Commission proposal seen by EURACTIV earlier last week.